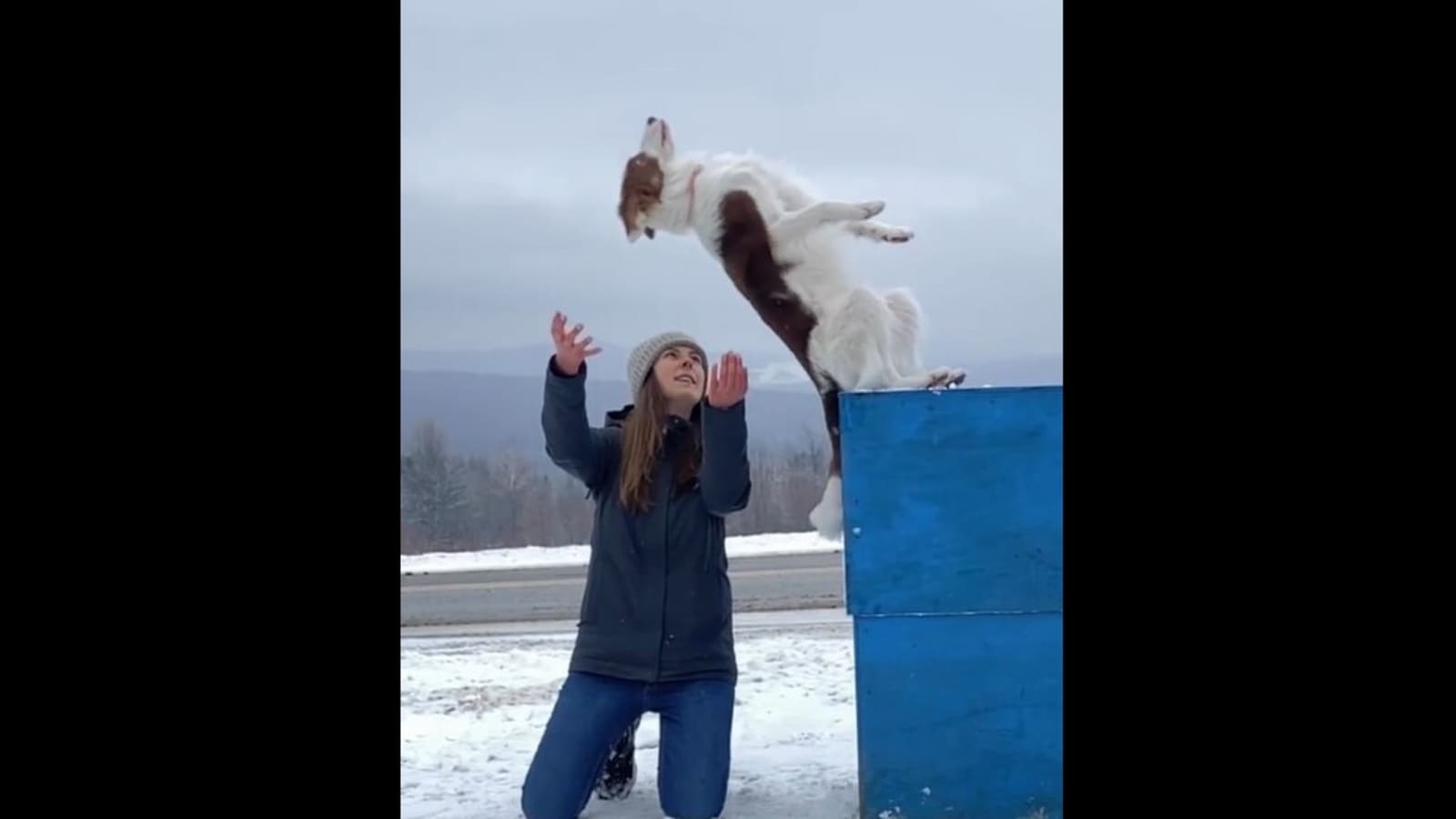 This video shared on Instagram shows an adorable Border Collie dog taking a trust fall into its trainer’s arms and has gone viral.

The videos that show cats and dogs bonding with humans in a way that shows their trust and love for them are always heartwarming to watch. This video that was posted on Instagram shows exactly that kind of a bond between a fluffy dog and its human.

The video was posted by a dog trainer and performer named Alexandra Cote, who also happens to have participated in the show America’s Got Talent, last year. Based in Québec, Canada, Cote has two adorable Border Collie doggos named Tesla and Louka. This video shows Tesla taking a trust fall into its human’s arms and has gone viral.

The video is shot in a snowy, outdoor setting and shows the beautiful moment where the doggo’s back faces the human as it takes a trust fall. The video ends with the fluffy pooch safely falling into its human’s arms. The caption of the video reads, “Tesla trusts me so much.” It is complete with a heart emoji.

The video was posted on Instagram on January 23. Since then, it has received more than 63,000 views and several comments from dog lovers.

“Wow! I am in awe,” commented an Instagram user, followed by some surprised face and heart emojis. “Love this,” posted another individual. “Utter trust, wow,” observed a third.

Gullak to Dasvi: The 40 Biggest OTT Movies and Web Series in April 2022

Jugaadistan trailer: Sumeet Vyas, Arjun Mathur and more come together for show on dark side of college life. Watch