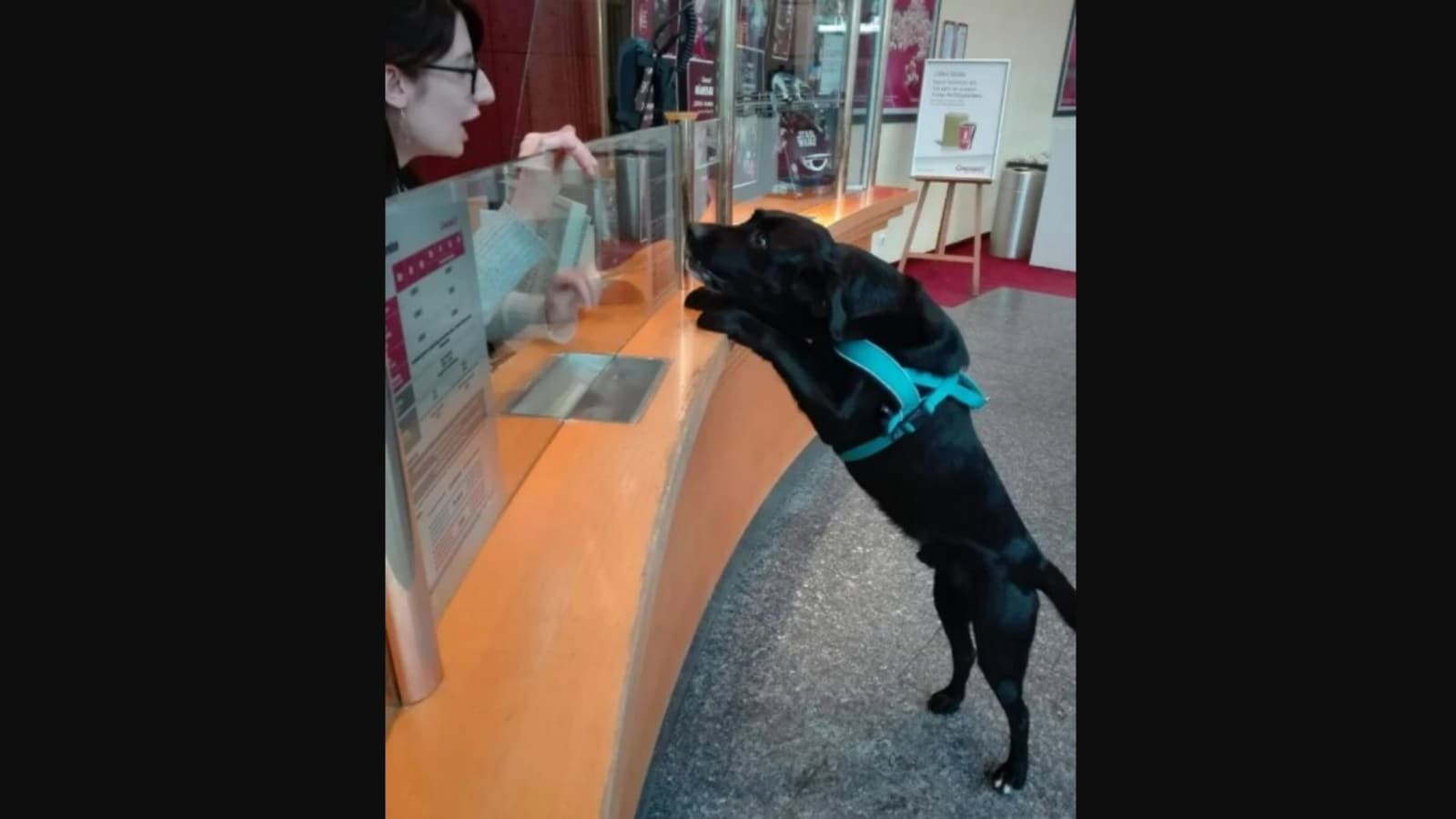 This photo posted on Reddit shows how an adorable doggo went to the movie theatre and tried to buy a ticket from his mom.

Images on the Internet that show pet dogs doing something adorable with their humans, outside of their house, are always a treat to look at. This photo posted on Reddit shows how a cute doggo has gone to the movie theatre. There, he is trying to ‘buy’ a movie ticket.

The dog can be seen standing with its front paws on top of the counter where the tickets are being sold. But what is the most interesting and cute part of the photo, is that the person who is selling the tickets behind the counter is, in fact, this adorable pooch’s mom.

The caption to this adorable dog photo reads, “My dog trying to buy a movie ticket (behind the counter is his ‘mother’).” The dog’s cute expression and his mom’s happiness in seeing him there, are extremely delightful to to observe.

Take a look at the picture right here:

Since being shared on the subReddit r/aww around 19 hours ago, this post has raked in more than 27,000 upvotes. It has also accumulated several comments from dog lovers.

“He’ll feel foolish when he realizes that he forgot his wallet,” wrote a Redditor. “Don’t kids get in free? He can’t be older than like eight right? Lol,” pointed out another. To this, the original poster replied, “He’s nine in this photo, good guess!” “Mooommmm! This is where you go every day?!” posted a third, from the point of view of the doggo.

What are your thoughts on this dog photo?

Meta, Snap Sued by Mother of US Teenager for His Suicide