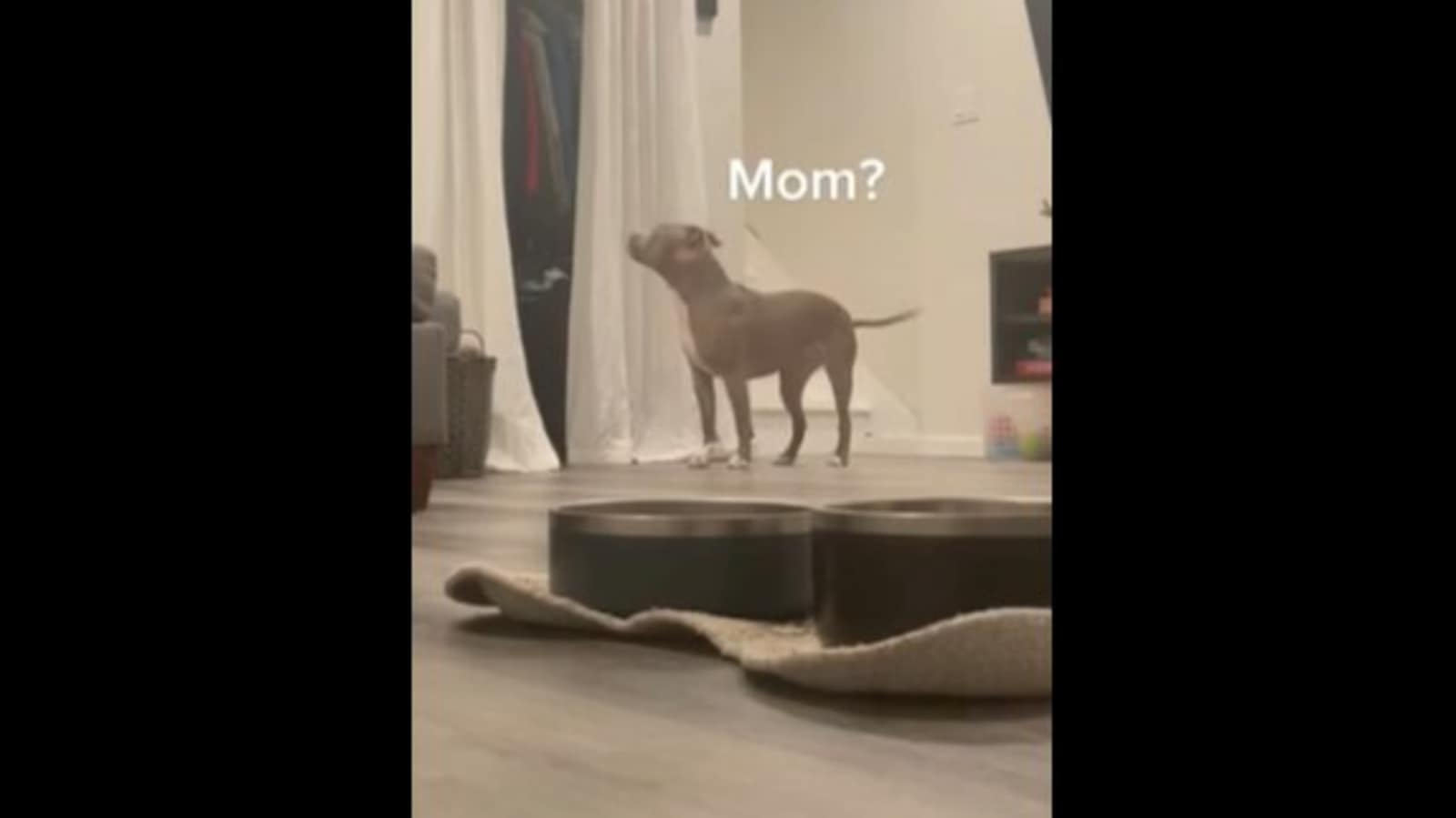 This video that was posted on Instagram shows how a dog gets completely bamboozled when she can’t find her human and doesn’t get the command to eat.

The videos that show pet dogs getting bamboozled as they try to figure out what their humans are doing, are always quite hilarious to watch. This video that was shared on Instagram by the page named Dog, shows how an adorable floof tries to understand what her mom is even trying to do when she cannot find her anywhere.

The video opens to show the human trying to think of a way to confuse her adorable doggo. Soon, after placing the dog’s food in her bowl, the human hides at a different place than where she usually does. The dog comes running and looks at the closet – where the human usually hides. The confused yet adorable dog keeps stomping her paws on the floor in order to understand where she might have gone.

At this moment, the human comes out of hiding and the dog gets super excited to see her. The pooch then jumps on the couch and waits for her command to eat. The video ends on a funny note when the dog was trying to hear the command because she was quite hungry and tired from trying to look for her human! “She’s so smart,” reads the caption that accompanies this adorable dog video.

The video was posted on Instagram around 15 hours ago and has so far garnered more than 41,500 likes. It has also received several comments from dog lovers.

“Aww, poor baby. Reminds me of one time I made my dogs sit and wait before eating and just walked down the hall and they stared straight at me the whole time,” reads a comment from an Instagram user, accompanied by a laughing face emoji. “My dog won’t eat when I’m not at home either,” related another. “Couldn’t get enough of the voiceover,” posted a third.

Cute chinchilla holds a tiny sign. Watch viral video to see what is written on it