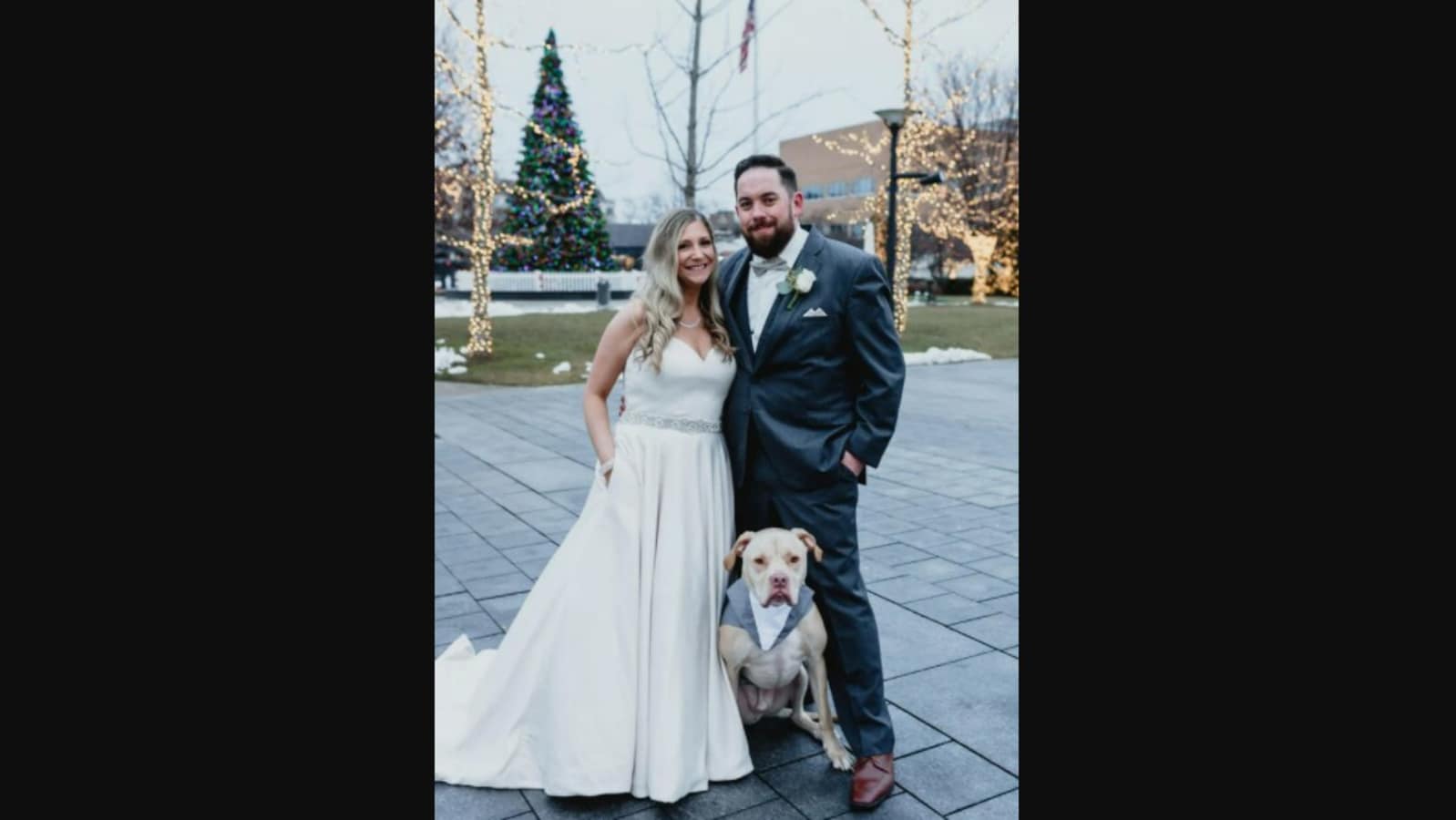 This post shared on Reddit shows pictures from a wedding where a doggo dressed up as his parents’ ‘best boy’.

Pet parents or paw-rents who decide to get married, often include their pets in the wedding ceremony. In this post shared on Reddit, a couple can be seen standing with their ‘best boy’ instead of the best man at their wedding. But the funniest part is that the ‘best boy’ is their adorable pet doggo.

The post contains two pictures. The first one shows the happy couple standing together along with their dog who is also seen wearing a doggo version of a tuxedo for the occasion. The second picture shows the groomsmen along with the dog and the groom himself. Both pictures radiate a lot of positivity and the doggo only adds to it.

“My dog was the ‘Best Boy’ in our NYE wedding and he outshined us,” reads the caption to this picture of the cute dog along with his parents, which was posted on Reddit.

Take a look at the cute pictures for yourself:

Since being shared on the subReddit r/aww around a day ago, this post has raked in more than 850 upvotes. It has also accumulated several comments.

“Takes his job very seriously,” commented a Redditor. “He really is the bestest boy!! He did so well in pictures. Also a wedding dress with pockets! Amazing! Congrats I hope you have a long happy marriage!” complimented out another. “Did the bride elope with the handsome doggo? Just kidding, congratulations guys!” posted a third. To this, the groom, who is also the original poster, replied, “She might love him a little more than me.”