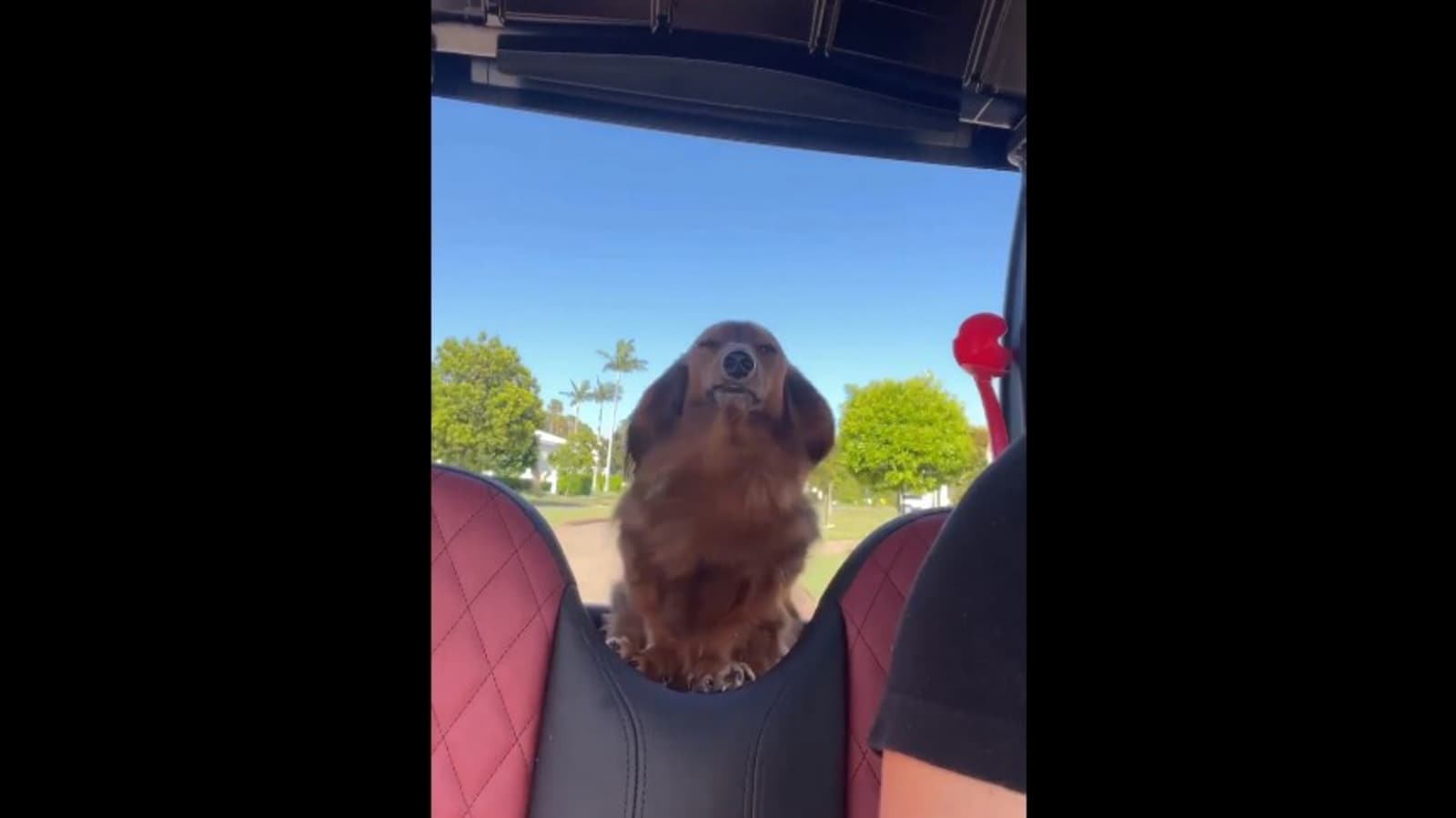 The video of the dog taking a golf buggy ride which went viral was posted on the official page of Instagram.

Dog videos are fun and at times, relaxing to watch. Probably that is the reason this particular video of a doggo shared online is going all kinds of viral. The clip shows an adorable pooch enjoying a golf buggy ride. Though a short clip, it is oddly satisfying to watch.

The video was originally posted on the Instagram page that the dog named Kingsley shares with his other pooch siblings. The bio of the page also explains that he is a miniature dachshund. The clip was also recently shared on the official page of Instagram and it has since gone viral.

“King of the road. @kingkingsley__ (Kingsley), a long-haired miniature dachshund, is safe, secure and looking regal on his daily golf buggy ride,” Instagram wrote. They also added the hashtag #WeeklyFluff to indicate that the video is shared under their weekly series of pet videos.

The video shows exactly what the caption suggests. It opens to showcase the dog sitting on the back of a golf buggy and enjoying the ride. What is absolutely amazing to see is the doggo’s expressions during the ride.

The video has been posted a few days ago. Since being shared, the clip has quickly attracted people’s attention and has gone viral. Till now, the share has accumulated more than 20.5 million views and the numbers are only increasing. The video has also prompted people to post various comments. Some showcased their reactions using smiley face emotions. A few also did so with heart emojis.

“Nice,” wrote an Instagram user while reacting to the video. “Cute,” posted another. “Awww,” expressed a third.