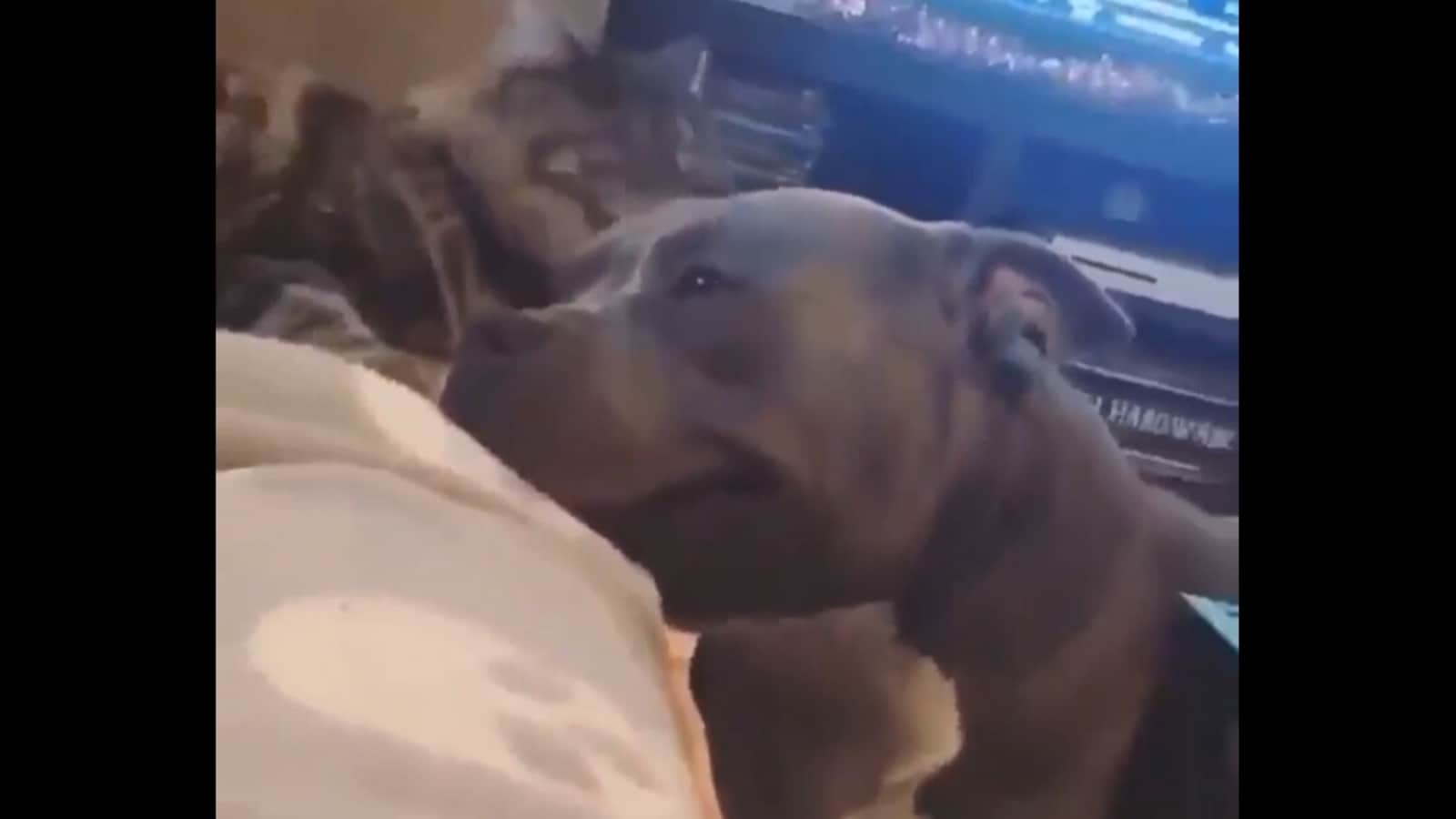 This video shared on Reddit shows how a dog smiles and wags his tail as his catto friend gives him some adorable head licks.

The videos that show bonding moments between cats and dogs are always a hit on the Internet and rightfully so. This video posted on Reddit shows how a cat and a dog are having such a moment of pure love and friendship as the catto gives its doggo pal some adorable licks on his head.

The video opens to show the cat sitting on the couch while the dog is seen standing on the floor. The cat keeps licking the dog’s head as he stands there quietly and enjoys this beautiful moment. When the camera zooms in, viewers can see that the dog is so overjoyed by this display of affection on the cat’s part, that he delightfully wags his tail and keeps smiling while looking up.

“He enjoys it, he even smiles,” reads the caption that accompanies this cute video involving a cat and a dog.

Since being shared on the subReddit r/aww around seven hours ago, this post has raked in more than 2,000 upvotes. It has also accumulated several comments.

“Some people swear that other animals can’t/don’t smile, but I’m certain they do,” pointed out a Redditor. “That face. So so so precious!” reads another comment. Another individual commented from the point of view of the dog and wrote, “Doggo is like I did it, I finally won over the cat!”

What are your thoughts on this adorable video?

Exclusive! Amruta Pawar on her Maharashtian wedding: Didn’t expect that I would have an arranged marriage