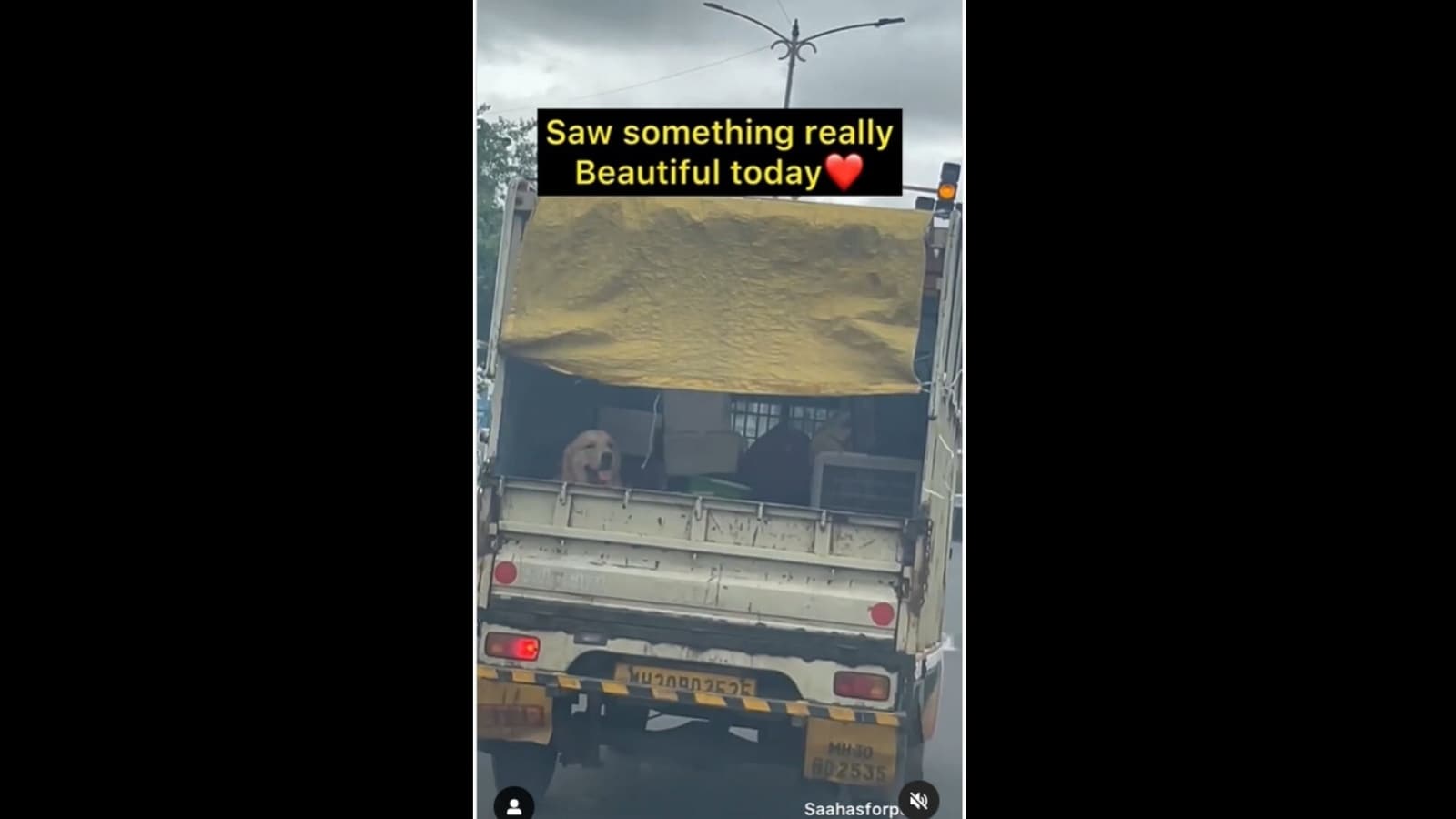 Dogs are an indispensable part of their humans’ life. Dog owners cannot fathom the thought of leaving behind their pets when they shift to a new home. In a heartening video shared on Instagram, a pet dog can be seen sitting inside a pickup truck along with the furniture and other items that are being moved to a new home.

The video was posted on the Instagram page saahasforpune, which is a non-profit organisation on June 30. It has received more than 4.3 million views, making it viral. “Saw something really beautiful today,” says a text insert on the video along with a heart emoticon. The video shows a dog sitting in the pickup truck along with the other furniture items that are being moved. Another text insert on the video says, “Don’t abandon your pet, no matter what.”

“Owning a dog or a cat isn’t just a choice! It is a blessing for life, and beyond that, it brings the unconditional love and joy to our lives,” says the caption of the video.

Since being posted, the video has also received 5.11 lakh likes and several comments.

“My movers and packers guy was more concerned about my dogs than me. He carried both of them in the front seat and switched on the AC although we had to move only three kilometres. I couldn’t have asked for a better human being. A daily wager was more human than those who abandon their pets when they change homes,” commented an Instagram user. “The way of sitting is so adorable,” wrote another. “Don’t ever abandon them because you are the whole world and they would never ever abandon you,” shared another individual.

Sangram Singh reacts to Payal Rohatgi saying he should find someone else as she can’t get pregnant: ‘I can only laugh’