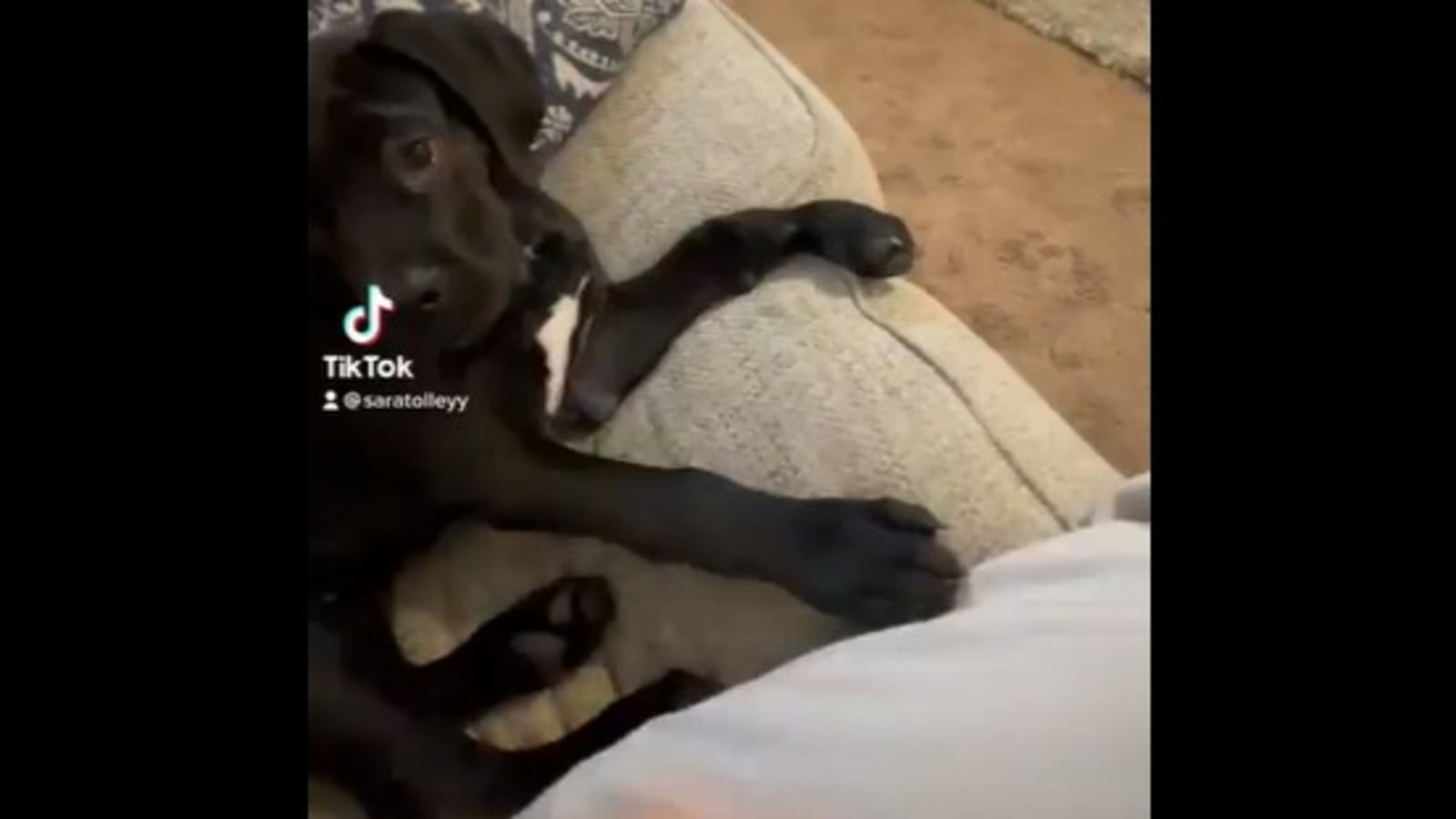 Dog videos are almost always fun to watch. Those are the videos that also uplift people’s mood almost instantly. Just like this wonderful clip shared on Twitter that shows what a dog does when his pet mom removes his paw from her leg.

The hilarious clip was originally posted on TikTok. However, it captured people’s attention after being re-shared on the Twitter page WeRateDogs. “This is Jefe. He would like to hold your hand. By any means necessary. 12/10,” they wrote and shared the video.

The video opens to show the dog sitting on a couch with his pet mom. Soon he keeps a paw on his pet mom’s leg. To which, she removes it and jokingly says “Don’t touch.” Undeterred, however, the dog decides to try again. Take a look at the video to witness the hilarious interaction between the dog and his pet mom:

The video has been posted a day ago. Since being shared, it has gone all kinds of viral online. Till now, the video has accumulated over 2.6 million views and the numbers are only increasing. The share has also prompted people to post various comments.

Baby bull gets trapped in a hay ring, gets saved by the fire department. Watch