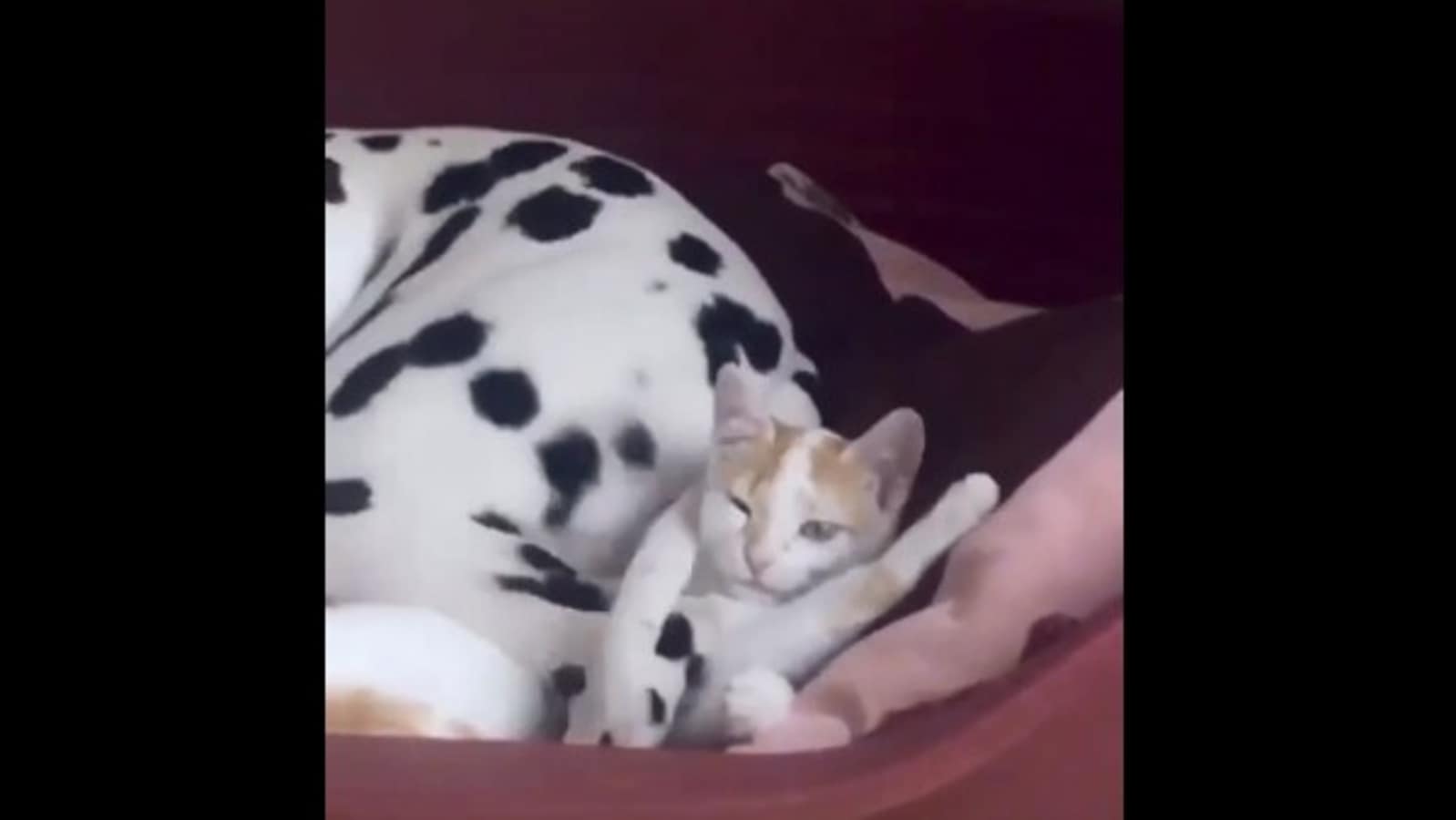 The video involving a cat and a dog, posted on Reddit, prompted people to share hilarious responses.

What is more fun to watch than a video showing a dog or a cat? A video that shows hilarious interaction between both the creatures. Just like this clip posted on Reddit that shows a dog annoying its cat best friend.

“When you best friend is a dog,” reads the caption posted along with the video. The video opens to show the dog and the cat sleeping in a bed. Within moments, the dog starts wagging its tail hitting the cat’s face. Initially, the kitty tries to move its head to shield itself but fails. Finally, the cat gets annoyed enough to lightly bite the dog’s leg in order to stop its friendly attack.

Though it is unknown who captured the video or when, since being posted, the clip has left people giggling.

Take a look at the pet video:

The video has been posted a few days ago. Since being shared, the post has accumulated more than 9,000 upvotes and the numbers are only increasing. The share has also prompted people to post various comments.

“Haha, cute,” wrote a Reddit user. “OMG! This is so freaking cute and funny,” posted another. “This is the story to which all extrovert /introvert friends can relate,” joked a third. “I just laughed so loud my entire family insisted on seeing and they too laughed. 10/10,” expressed a fourth.

Mama bear plays with her cubs in backyard of a home. Watch adorable video

Kasautii’s Cezanne Khan to tie the knot with girlfriend Afsheen this year: ‘There is no perfect age to get married’