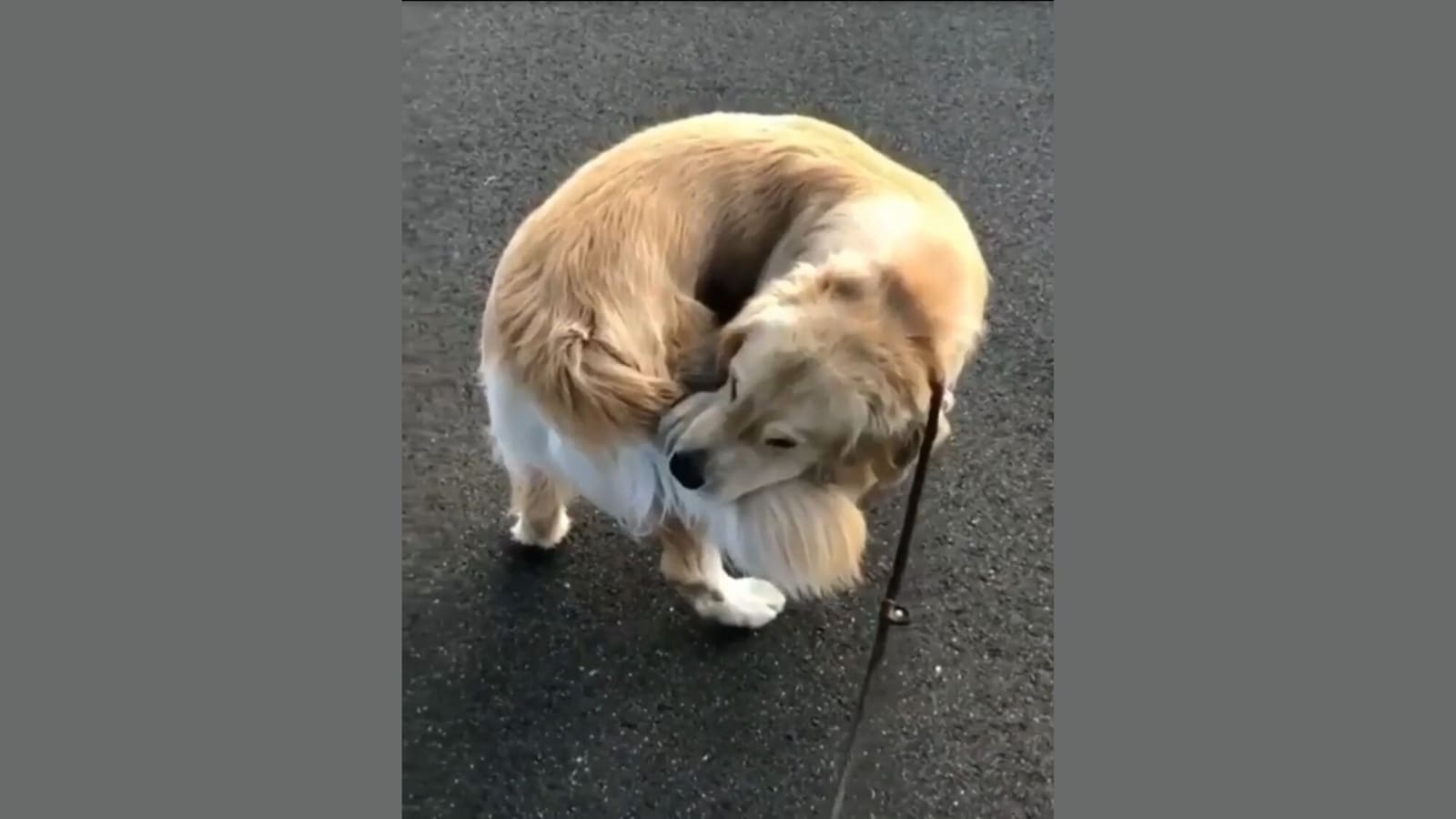 There is no dearth of dog videos on the Internet that tickle your funny bone and make you go ‘aww’ at the same time. Just like this video of a dog that is equally hilarious and adorable. Shared on Reddit, the video shows the dog chasing its tail.

“Houston, we have a problem…,” reads the caption of the video posted on Reddit. The 13-second clip was shared on Reddit by the user named Aztery. It shows the dog chasing its tail in circles and then falling over.

Since being posted two days ago, the video has received over 8,115 upvotes and several comments.

“I finally caught the damned thing, and now you want me to just let it go?!” posted an individual. “Sometimes getting what you want is a problem,” shared another. “I just watched this at least 10 times and it’s still funny! Top level derp for sure!” commented a third.

“I lost it when he fell and sort of rolled over with legs up in the air,” expressed a fourth with laughing emoticons. “Goldens are seriously the dumbest of the smart dogs. Mine never ceases to amaze me with the depths of his stupidity and incredible intelligence. I love him,” a fifth user posted.

What do you think of this dog video?