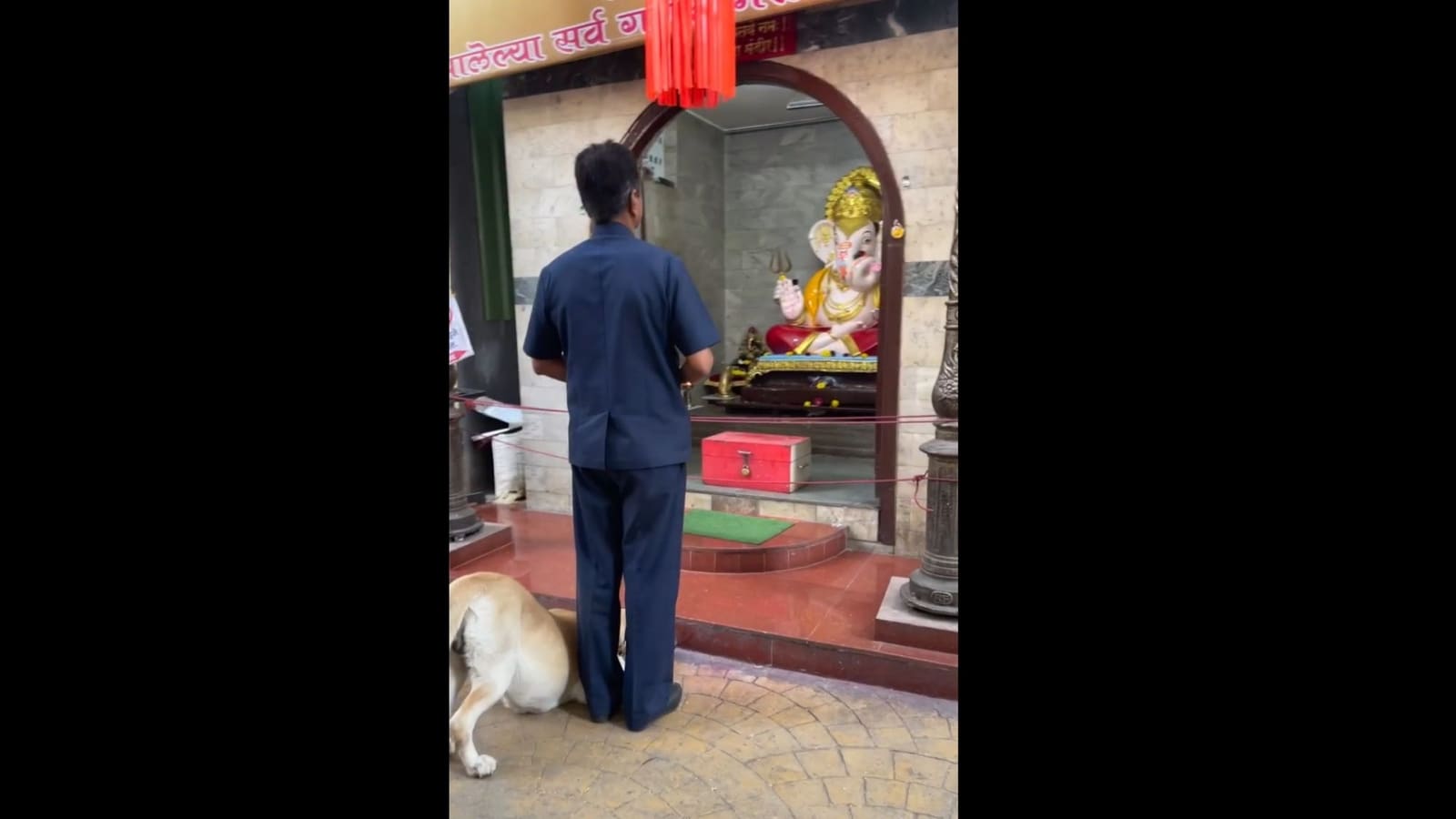 Animal videos, particularly dogs, are massively popular on the internet, thanks to their antics that change our mood in the nick of time and make us laugh, go aww or wow. Adding to that never-ending list is a heartwarming video of a dog that is currently gaining traction on social media and is making people smile. It involves Lord Ganesha, a dog and its human companion.

The video was posted without any caption but with several hashtags, including #spiritual and #god. In it, one can see a dog bowing down outside a temple to pay his respects to Lord Ganesha while his human companion, standing beside him, prayed for a while and sought blessings. The video is apparently recorded by a passerby who was impressed with the dog’s gesture.

Since being posted a week ago, the video has gone viral with 1.7 million views. It has also raked up lakhs of likes and thousands of comments.

“Awwwww he is been given such a beautiful education,” commented an Instagram user. “Bappa bless this baby,” posted another with a heart emoticon. “Made my day,” shared a third. The comments section is replete with “Ganpati Bappa Morya!” and heart emoticons.

Lock Upp complete list of contestants: Kangana Ranaut gets Payal Rohatgi and more on board