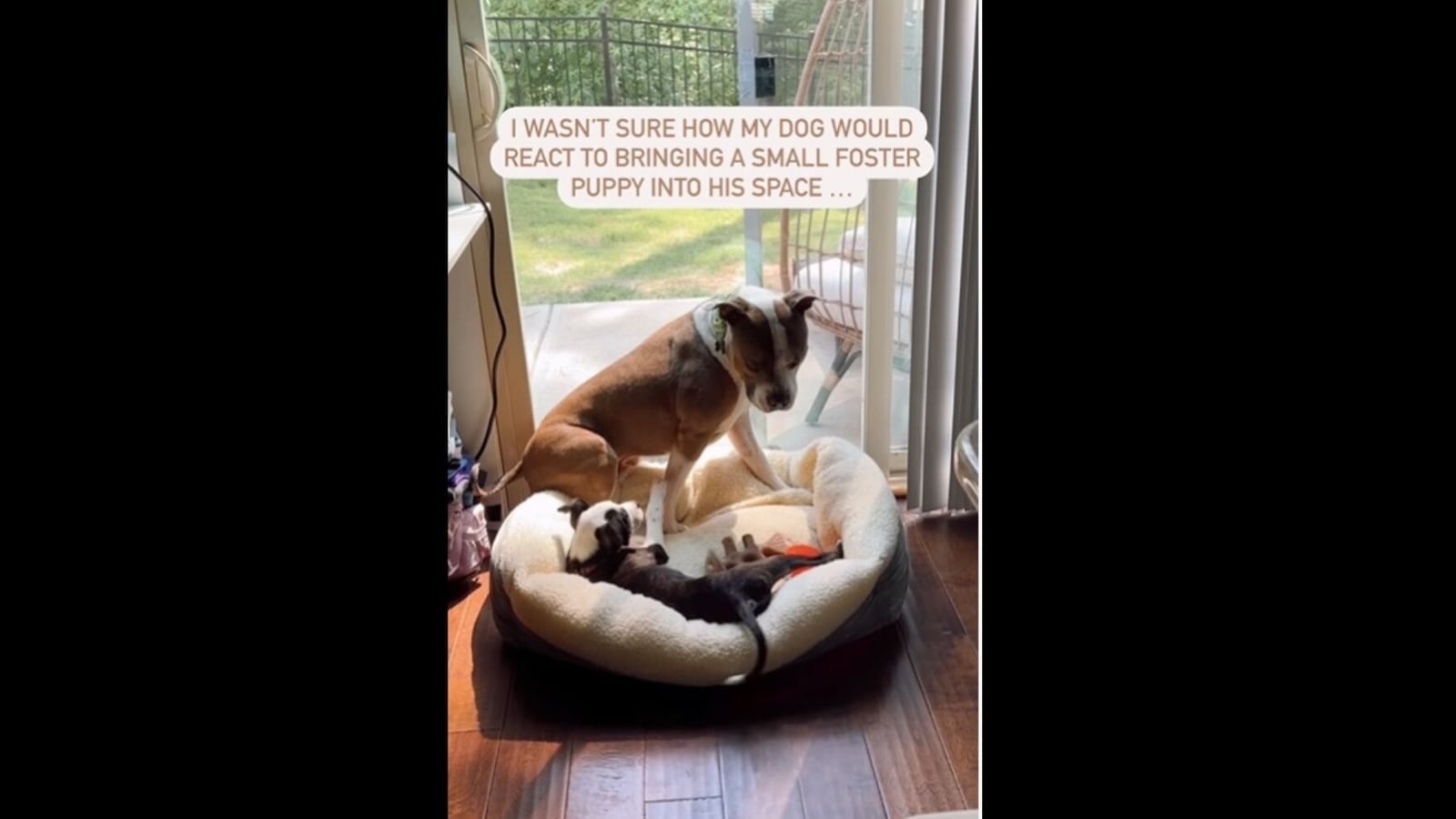 People who keep dogs as pets are apprehensive about how their dog would react if they adopt a new puppy. The dog may take some time to adjust to the puppy invading its space. But more often than not, the dog and the pup become friends and bond quickly which is always delightful to watch. Like this video posted on Instagram that shows the scenario of a dog adjusting to life with a new puppy that his family adopted.

The video was posted on the Instagram account wally_the_pit. The account is dedicated to a pit bull dog named Wallace. “I wasn’t sure how my dog would react to bringing a small foster puppy into his space,” says a text insert on the video. The video begins with the dog trying to lie down in a rug in which the puppy is already there. It then shows the puppy pulling the dog’s collar with its mouth. However, by the end of the video, it looks like the two have become friends and bonded well.

Since being posted five days ago, the video has received more than 80,000 views and 7,600 likes. It also prompted netizens to post several comments.

“He’s so sweet to the foster! I love this,” commented an Instagram user. Another individual commented, “Looks like they are loving it.” A third commented, “I’m thinking that little one has a new home. The beautiful pittie has already made the adoption.” “So adorable! Sending belly rubs to this sweet, sweet boy,” reads another comment.

What do you think about this adorable video of the dog bonding with the puppy?

Jio, Airtel Expand User Base as Telecom User Base Grows to 1.19 Million: TRAI

Cat and dog hug each other in this adorable video. Seen it yet?

Prescription lens inserts for VR headsets: How to get a clearer look at the metaverse | ZDNet