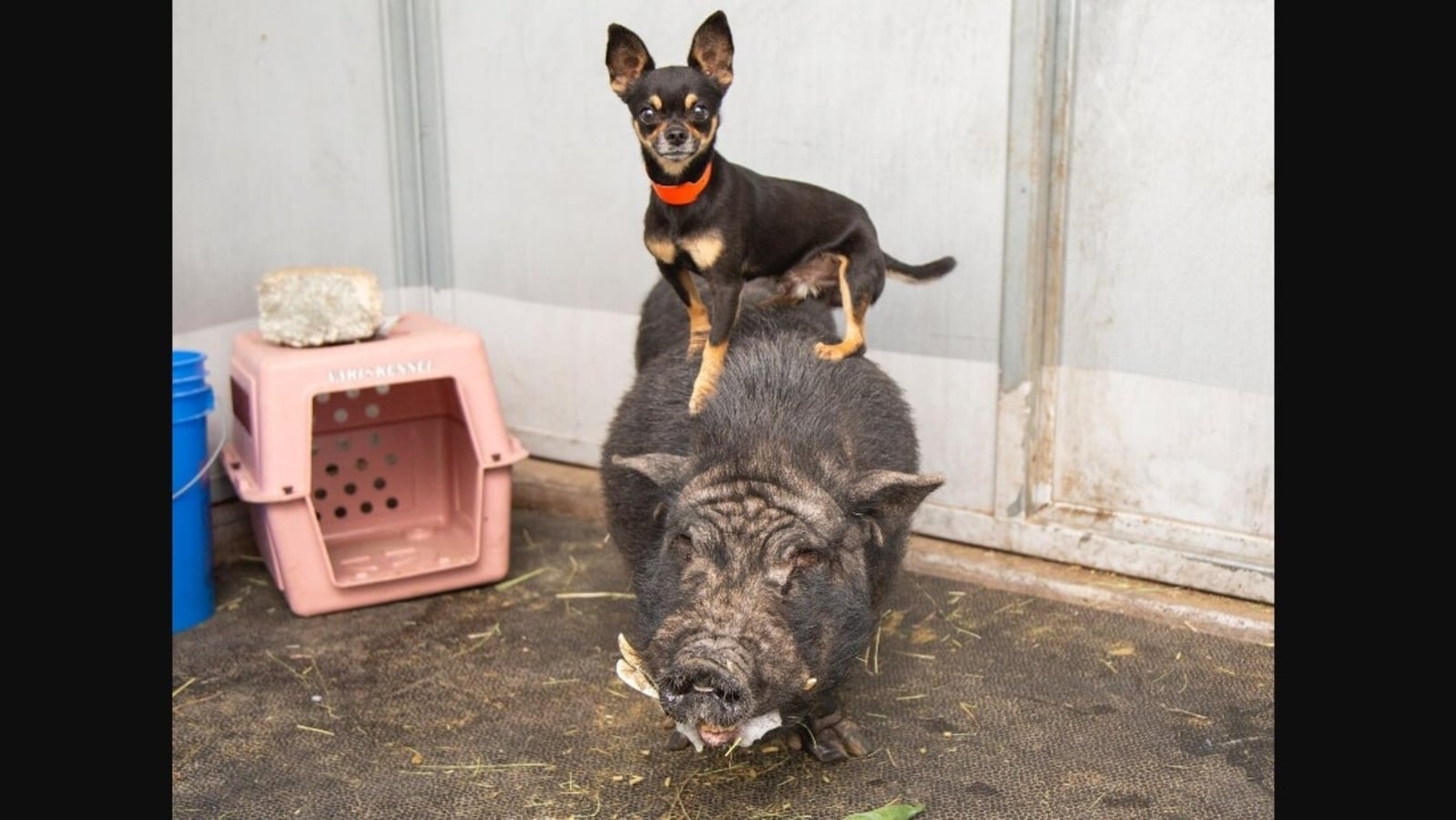 The pictures showcasing an unlikely friendship between a dog and a pig were posted on Instagram.

If you have seen The Lion King, then there is a possibility that you remember the unlikely friendship that formed between a meerkat and a warthog. There is now a similar real-life friendship which is as unusual as the fictional one. What is even more endearing is those animals, a dog and a pig, are named Timon and Pumbaa too.

Instagram page We Rate Dogs shared their story on along with two very adorable pictures. The images show the duo spending some quality time together. Alongside, they also posted that these friends are going to the same forever home.

“This is Timon and Pumbaa. They became best friends after being rescued by the Arizona Humane Society. Now the unlikely duo get to hang out together forever as permanent residents of the @betterpiggies rescue with other pot-bellied pups like Pumbaa. 13/10 for both,” the page wrote.

Take a look at the post that may leave you saying aww:

The post has been shared about eight hours ago. Since being posted, it has accumulated more than 79,000 likes and the numbers are only increasing. The share has also prompted people to post various comments. Many also used references from the animated film to showcases their reactions.

“They really just Hakuna Matata’d their way into my lil heart,” shared an Instagram user. “This is the duo we need on the big screen!” posted another. “These live action Disney remakes are getting better and better,” joked a third. “Oh what a combo!!!” wrote a fourth.

What are your thoughts on the duo?

When Kapil Sharma shot for a show minutes after finding about friend’s death: ‘I felt I won’t be able to do anything’