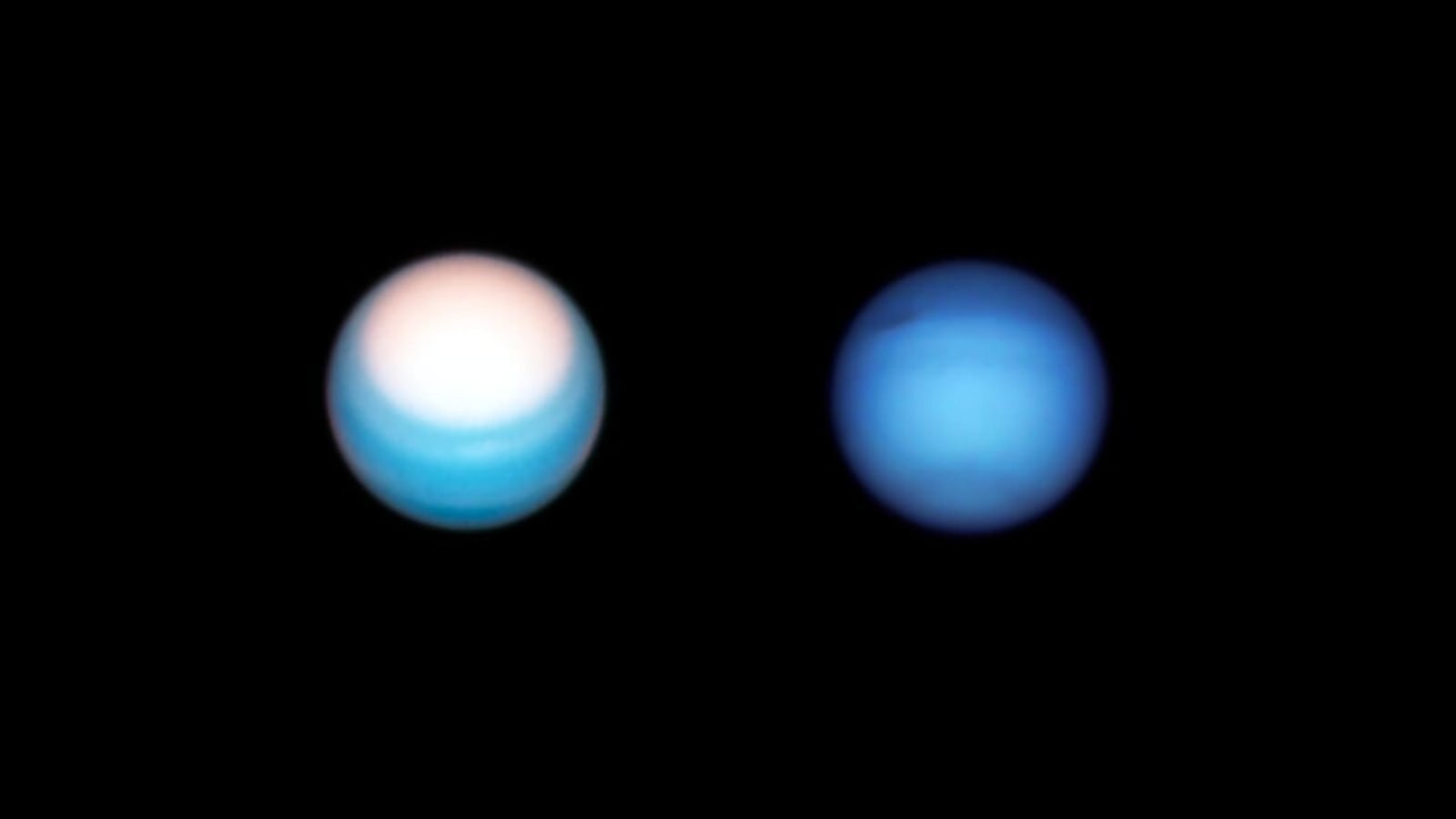 Earth’s neighbouring planets Neptune and Uranus have much in common. They have similar atmospheric compositions, sizes, and masses. However, what intrigued astronomers was the distinctive different colours of the planets despite their similarities. Thanks to Hubble Telescope that mystery is now solved and scientists know the answer why Uranus appears in a lighter tone of blue when compared to Neptune.

Nasa recently took to Instagram to share more about the discovery. “With the help of Hubble, astronomers figured out why the planets Uranus and Neptune are different colors!” they wrote. In the next few lines, they also added the answer.

“Both planets have a layer of concentrated haze in their atmosphere, but it’s thicker on Uranus – giving it a lighter tone than Neptune. If there was no haze, both planets would look almost the same blue due to blue light scattered in their atmospheres,” they explained. Nasa concluded the post with an image.

Since being posted some 14 hours ago, the share has accumulated over 41,000 likes and the numbers are only increasing. The post has also prompted people to share various comments.

“Don’t know why, but Neptune was always my fav planet,” wrote an Instagram user. “Awesome Nasa Hubble,” posted another. “Thanks my Hubble,” expressed a third. “Blue worlds,” commented a fourth. “Neptune’s one of the coolest planets,” shared a fifth.

Get this huge Mother’s Day rose bouquet for only $40, including shipping | ZDNet