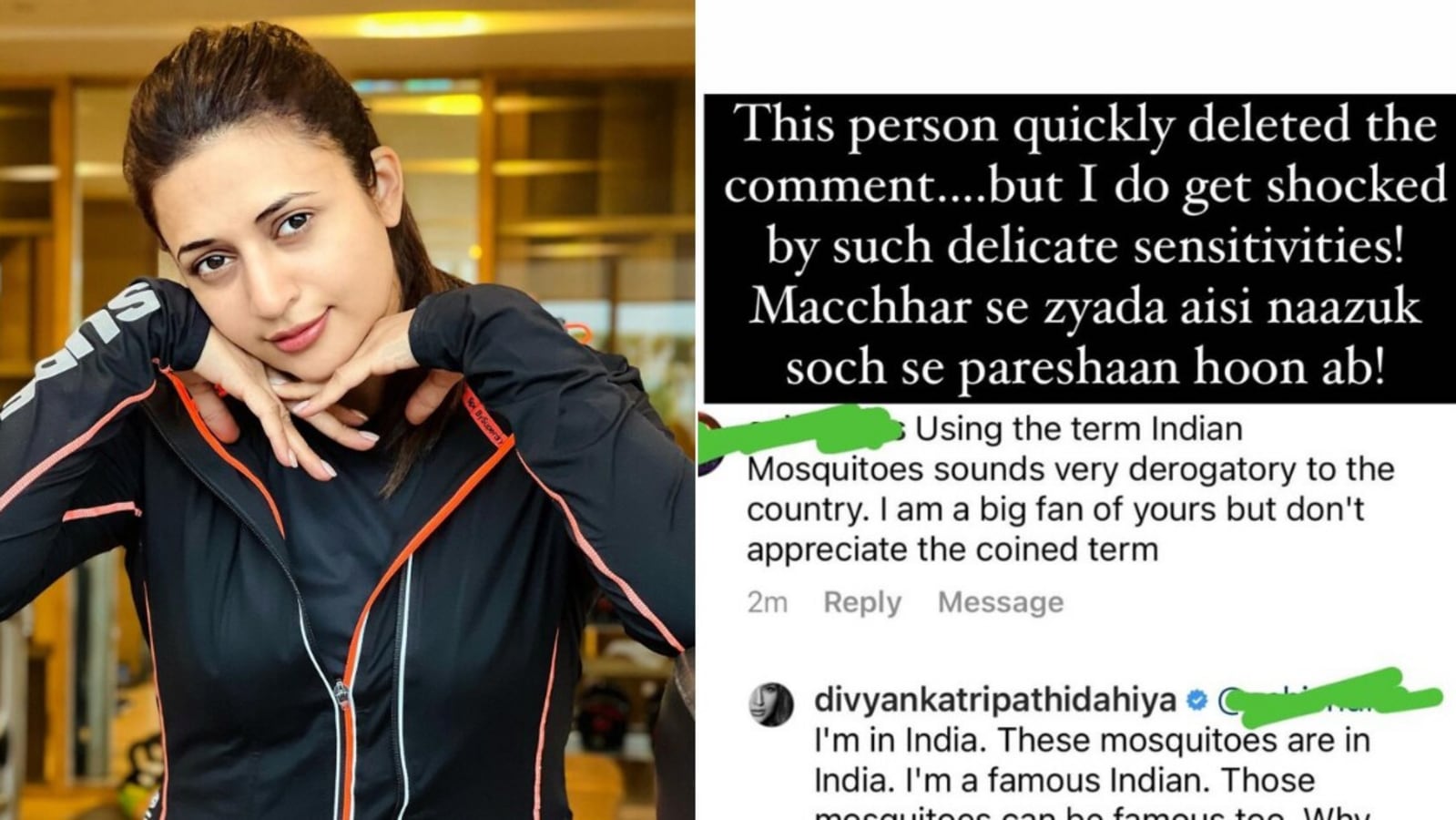 On Thursday, actor Divyanka Tripathi slammed a social media user on Instagram, who called her usage of “Indian mosquitoes” derogatory.

Television actor Divyanka Tripathi Dahiya posted pictures from her gym on Thursday and joked that she woke up because of ‘Indian mosquitoes.’ A social media user called Divyanka’s caption “derogatory.”

Divyanka shared her pictures on Instagram and captioned it, “Famous Indian Mosquitoes were my alarm clock today. Hope you all had a better night?! #GoodMorning.”

While many fans praised Divyanka’s picture in the comments section, one person slammed her and said, “Using the term Indian mosquitoes sounds very derogatory to the country. I am a big fan of yours but don’t appreciate the coined term.”

Divyanka replied to the comment and said, “I’m in India. These mosquitoes are in India. I’m a famous Indian. Those mosquitoes can be famous too. Why this bias between humans and insects? Tch tch! (Above caption was meant to be funny). If you are being serious, then on a serious note – Let’s become mature and real instead of being uber-sensitive Indians & let’s better call a spade a spade.”

“Bharat mein, mere ghar ke baaju mein open naala hai aur yahan macchhar hain! Aur yeh sach hai! Amazon ke jungle mein bhi macchhar hain… Yeh boloon to kya Amazon waasiyon ko bura lagna chaiye? Come on chhoti chhoti baaton pe serious mat ho! Bade bade masle bhi hain hamare aas paas! (In India, outside my house there is a sewer and there are mosquitoes, which is a fact. The Amazon jungles also have mosquitoes and if I say so, will the residents there feel offended? Come on, stop being serious on such lame things. There are bigger issues to deal with),” she added.

The fan deleted his comment but Divyanka shared it on her Instagram Stories and wrote, “This person quickly deleted the comment.  But I do get shocked by such delicate sensitivities. Macchhar se zyada aisi naazuk soch se pareshaan hoon ab (I feel more troubled by such people, than with the mosquitoes).”

Divyanka is known for playing the character of Vidya Pratap Singh in 2006 Zee TV show Banoo Main Teri Dulhann and Dr. Ishita Iyer Bhalla in Star Plus’s Yeh Hai Mohabbatein. She was last seen in Fear Factor: Khatron Ke Khiladi 11, she was the first runner up of the game show.

Lost dog goes to the police, gets reunited with owner, netizens call her smart

Gireesh Sahdev: Going with the flow has rewarded me