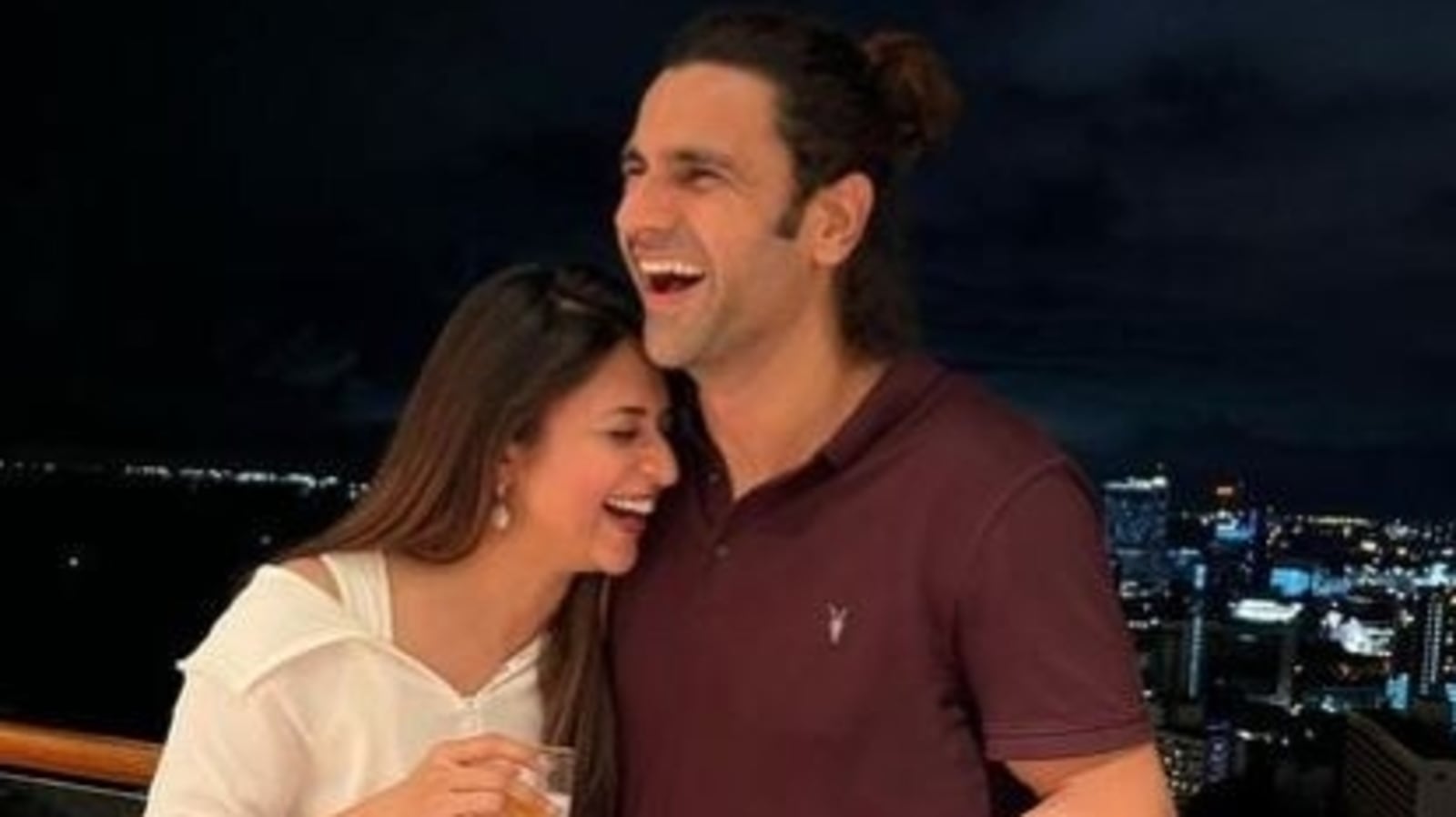 Divyanka Tripathi has shared a picture with husband Vivek Dahiya, just hours after she slammed trolls for body-shaming her. The couple is happily enjoying a drink together in the picture. Divyanka and Vivek celebrated their sixth wedding anniversary earlier this month and vacationed in the Maldives on the ocassion. (Also read: Divyanka Tripathi and Vivek Dahiya celebrate wedding anniversary in Maldives)

Sharing the picture, Divyanka wrote the lines of Saathiya title track, “Zulf ke neeche gardan pe Subah-o-shaam milti rahe.…” Dheeraj Dhoopar was among the first ones to comment. He wrote, “My lovelies.” Many fans also cherished the post and showered it with love. One of them wrote, “Nice picture. What a nice moment. Excellent.” Another one commented, “Awww so romantic.”

Having met on the sets of Yeh Hai Mohabbatein, Divyanka Tripathi and Vivek Dahiya got married on July 8, 2016. Divyanka was the lead character in the popular TV show – Ishita Iyer Bhalla. Vivek joined the show later to play the as the supporting character, Abhishek Singh.

Recently, Divyanka posted a video of herself dancing to the tunes of Here’s Tour Reel. She is seen dressed in black casuals as she dances in her bedroom. Sharing the video, Divyanka wrote, “Grooving to life beats unabashed! (Reading a few comments I am compelled to write – “I don’t have a flat stomach like ideal woman image portrayed. Deal with it! Don’t ask me again if I’m pregnant or fat! My first instinct was that I should delete the video… but no… I won’t! You, who wants people to look a certain way – change your mind set!”

She added that she blocked the trolls: “I’m not even obese and few make ugly comments… how harsh you must be with those who actually have body weight issues! Shame on the idiots who have no sensitivity and sensibility on social media! First this video was about dancing freely… now it’s about living freely unabashed. BTW (by the way) – I blocked those people who are mentally ugly… in case you look for them in my comment section. If they are nasty, I’m devilish!”