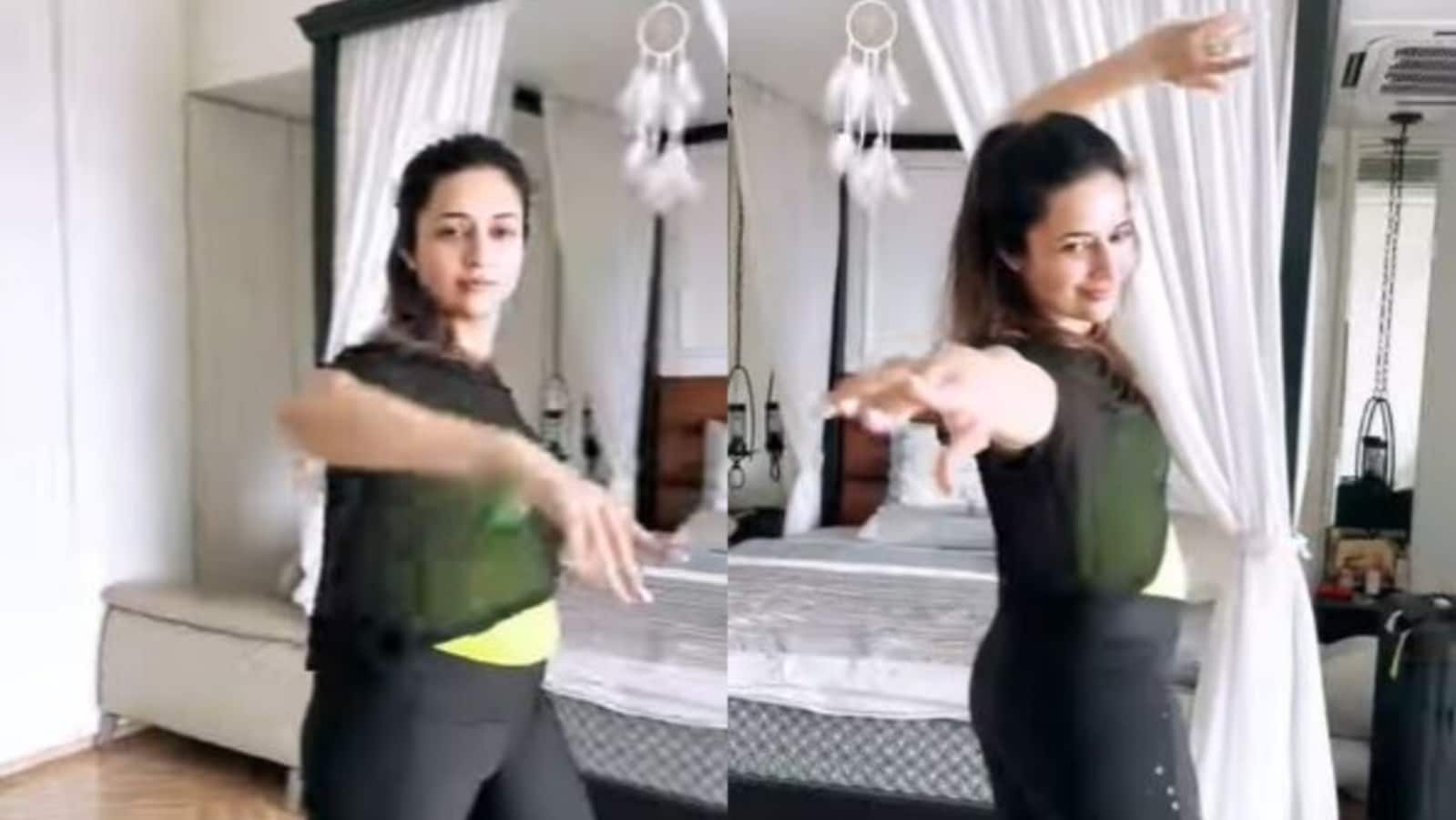 Actor Divyanka Tripathi reacted angrily after she was body shamed on the social media platform. Taking to Instagram, Divyanka said that she doesn’t have ‘a flat stomach’ and urged people not to ask if she’s ‘pregnant or fat’. She also called out the ‘idiots who have no sensitivity and sensibility’. (Also Read | Divyanka Tripathi reacts to Twitter user accusing her of ‘copying’ lines for Lata Mangeshkar’s condolence post)

Divyanka posted a video of her dancing inside a room without any music. In the clip, she wore neon and black top, black tights and sneakers. She smiled and danced around the room looking at the camera.

Sharing the clip, Divyanka captioned the video, “Grooving to life beats unabashed! (Reading a few comments I am compelled to write- ‘I don’t have a flat stomach like ideal woman image portrayed. Deal with it! Don’t ask me again if I’m pregnant (face with hand over mouth emoji) or fat (flushed face emoji)! My first instinct was that I should delete the video….but no…I won’t! You who want people to look a certain way- change your mind set! I’m not even obese and few make ugly comments… how harsh you must be with those who actually have body weight issues!”

She concluded, “Shame on the idiots who have no sensitivity and sensibility on Social media! First this video was about dancing freely… now it’s about living freely unabashed. BTW- I blocked those people who are mentally ugly…in case you look for them in my comment section. If they are nasty, I’m devilish!).” Divyanka also added the hashtags–Heres Your Reel, Body Positivity, Live FREELY, Forget The World, Go Crazy and What I Do Between Rehearsals.

This is not the first time that Divyanka has schooled social media users who troll her. Earlier this year, after the death of singer Lata Mangeshkar, Divyanka paid tribute to her with a post on Twitter. She had written, “You have left our nation in a void today Lata ji. Art historians will study your work and your songs will live for centuries to come. You were an era of musical evolution India saw from before independence till date, that has come to an end today. RIP Sushri Lata Mangeshkar ji.”

Reacting to the post, a Twitter user wrote, “From where you copied these lines.” Divyanka responded, “Thanks for ‘very indirectly’ indicating that I write well. Tumhare tiraskaar mein meri tareef hai (My compliment lies in your contempt)!”

How to clean and sanitize your AirPods