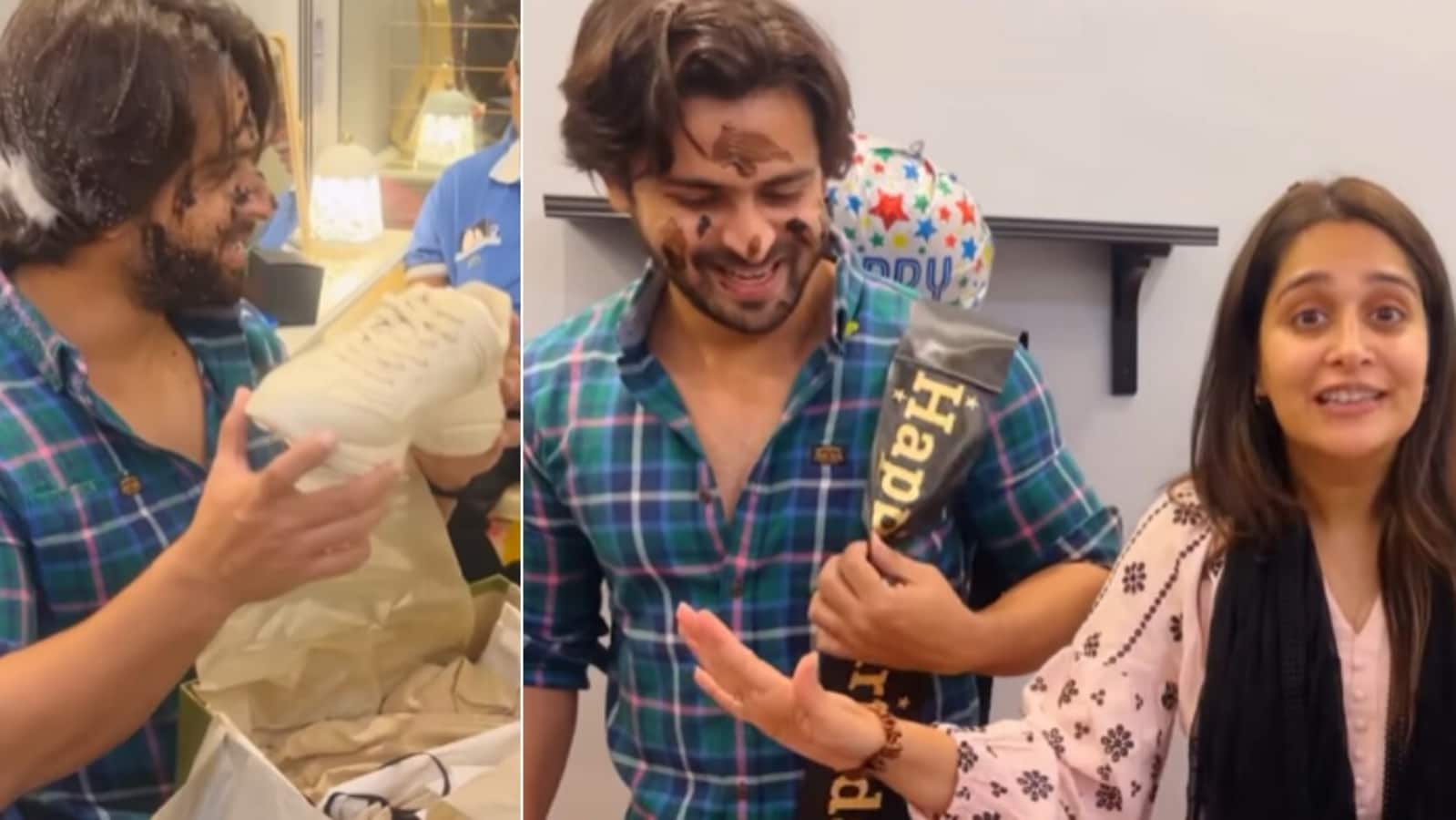 Shoaib Ibrahim turned 35 on Sunday. The actor shared a video from his birthday celebration with his family on his YouTube vlog.

Television actors Dipika Kakar and Shoaib Ibrahim tied the knot back in 2018. On Sunday, Shoaib shared a video from his birthday celebration on his YouTube channel. On his birthday, Dipika gifted him expensive Gucci shoes. Also Read: Shoaib Ibrahim buys new home in Mumbai after 13 years in the industry, wife Dipika Kakar says ‘I am proud of you’. Watch

Shoaib, who turned 35 on Sunday shared the vlog titled “Birthday bringing. Sab Emotional ho gaye. Ek bete ko aur kya chahiye (Everybody got emotional. What else does a son wants)? Love you papa.” on his YouTube channel. The video starts with Shoaib telling his fans that his father was very excited for his birthday and therefore he stayed up late till midnight for him. After Shoaib reaches home he finds his and Dipika’s parents and their friends waiting for him.

They further cut the birthday cake and then later start opening his birthday presents. Shoaib’s mother gave him a tracksuit set while his father gave him a handmade card. Dipika gifted Shoaib an expensive pair of Gucci shoes. According to a report by ABP Live, the pair of shoes that Dipika gifted him is worth ₹77,000.

The couple recently announced on social media that Shoaib has bought a house in Mumbai after 13 years in the industry. Also Read: Dipika Kakar sits cross-legged in train coach as she travels to Delhi with Shoaib Ibrahim, carries homemade food. Watch

Dipika and Shoaib met on the sets of Sasural Simar Ka and became close friends before they began dating. They got married in 2018. Last year, the two dealt with pregnancy rumours. At the launch of a sweet shop, Dipika was asked if they were expecting a baby. She sarcastically told the media, “Really? Meri life ke baare mein aap mujhe khush khabri de rahe ho (You are giving me good news about my life), wow.”