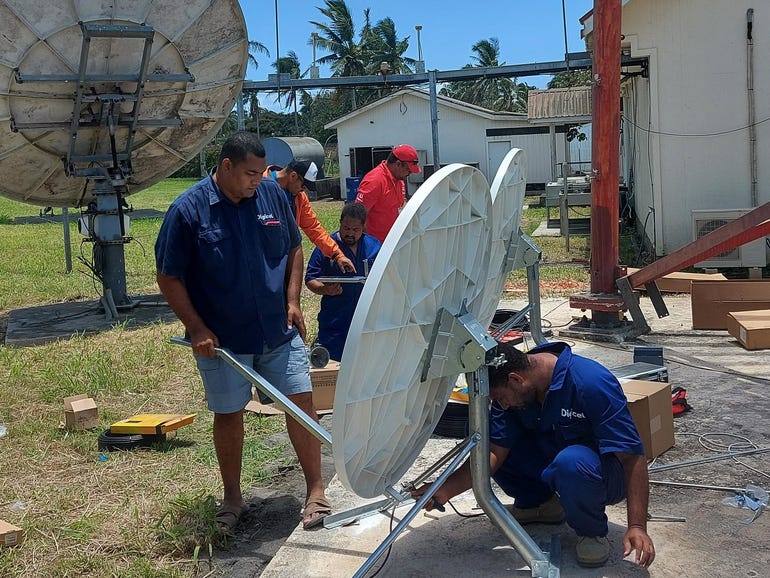 Digicel Tonga said on Thursday it restored a level of broadband to the Kingdom, thanks to a variety of satellite internet providers.

The telco said Australia’s Telstra and New Zealand’s Spark helped with satellite hardware and terminals that use Intelsat, and that it was able to reconnect some businesses including ANZ Bank, National Reserve Bank of Tonga, Tonga Power, Lulutai Airlines, Air New Zealand, and Western Union.

“Additionally, Intelsat is providing services in conjunction with Optus to the New Zealand Defence Force, who will provide humanitarian support in Tonga.”

The telco added it has offered to connect the Tongan government’s data centre.

Prepaid Digicel customers in the Kingdom of Tonga are still left waiting for internet connectivity, however.

Since the volcano at Hunga Tonga-Hunga Ha’apai erupted a couple of weeks ago, one satellite provider has been waiting for approval to service the nation, Kacific.

Earlier this week Kacific said it has been delivering its 1Gbps of connectivity to Tonga since Friday.

“The breakthrough happened on Thursday, when the regulator lifted a ban on the use of Kacific’s services which Kacific understands was imposed due to arbitration proceedings between Kacific and the Tongan government,” the company said in a statement.

In 2019 after the Tonga subsea cable suffered a pair of cuts and experienced a 12-day outage, the archipelago signed a 15-year deal with Kacific for satellite connectivity.

However, that deal is currently sitting in arbitration in Singapore, after Tonga deregistered the government company making the deal, Tonga Satellite Limited, and Kacific was not paid. A recent Tongan Supreme Court decision ordered the company to be relisted on the company register.

During the case, the Tongan government claimed the deal was unlawful because the company did not have a business licence, was not carrying out business activity, and therefore had no legal basis to operate. The judgment said any unlawful conduct was not on the part of Kacific, and did not make Kacific’s claims in Singapore unenforceable.