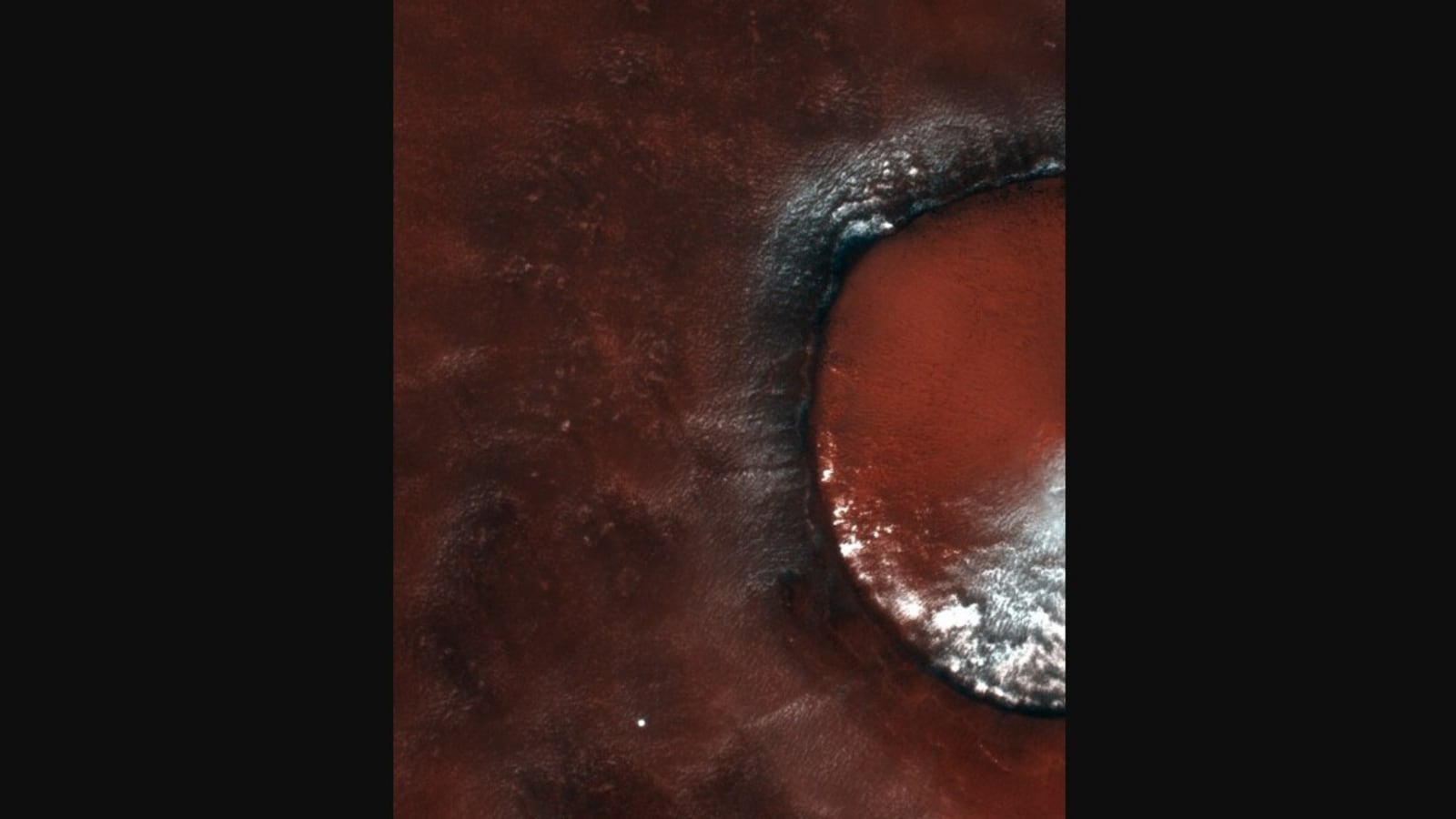 European Space Agency (ESA) often takes to Instagram to share posts about the Earth’s neighbouring planets. In their latest post, they shared a few pictures of Mars. They also posted an interesting and descriptive caption along with the images. There is a chance that the post will leave you amazed.

“Did anyone order a Martian Red velvet,” wrote ESA in the first line of their caption. In the next few lines, they added more about the pictures they posted.

“Like a sprinkle of powdered sugar on a rich red velvet cake, this scene from the ESA/Roscosmos ExoMars Trace Gas Orbiter (TGO) captures the contrasting colours of bright white water-ice against the rusty red martian soil. This delightful image was taken 5 July 2021 and soaks in the view of a 4 km-wide crater in Mars’ north polar region of Vastitas Borealis, centred at 70.6 °N/230.3°E. The crater is partially filled with water ice, which is also particularly predominant on its north-facing slopes that receive fewer hours of sunlight on average throughout the year. The dark material clearly visible on the crater rim – giving it a somewhat scorched appearance – likely consists of volcanic materials such as basalt,” they added.

That is not all, they also posted, “Most of the surrounding terrain is ice free, but has been shaped by ongoing aeolian processes. The streaks at the bottom right of the image are formed by winds that have removed the brighter iron oxide dust from the surface, exposing a slightly darker underlying substrate.”

The also explained about the spacecraft that captured such spectacular images arrived at Mars on 2016 and began its full science mission in 2018.

The post has been shared a few days ago and since then, it has accumulated more than 16,000 likes and counting. The share has also prompted people to post various reactions.

What are your thoughts on post shared by ESA?

Delhi Crime season 2 trailer: Shefali Shah and her men are back to nab the kaccha-baniyaan gang this time. Watch