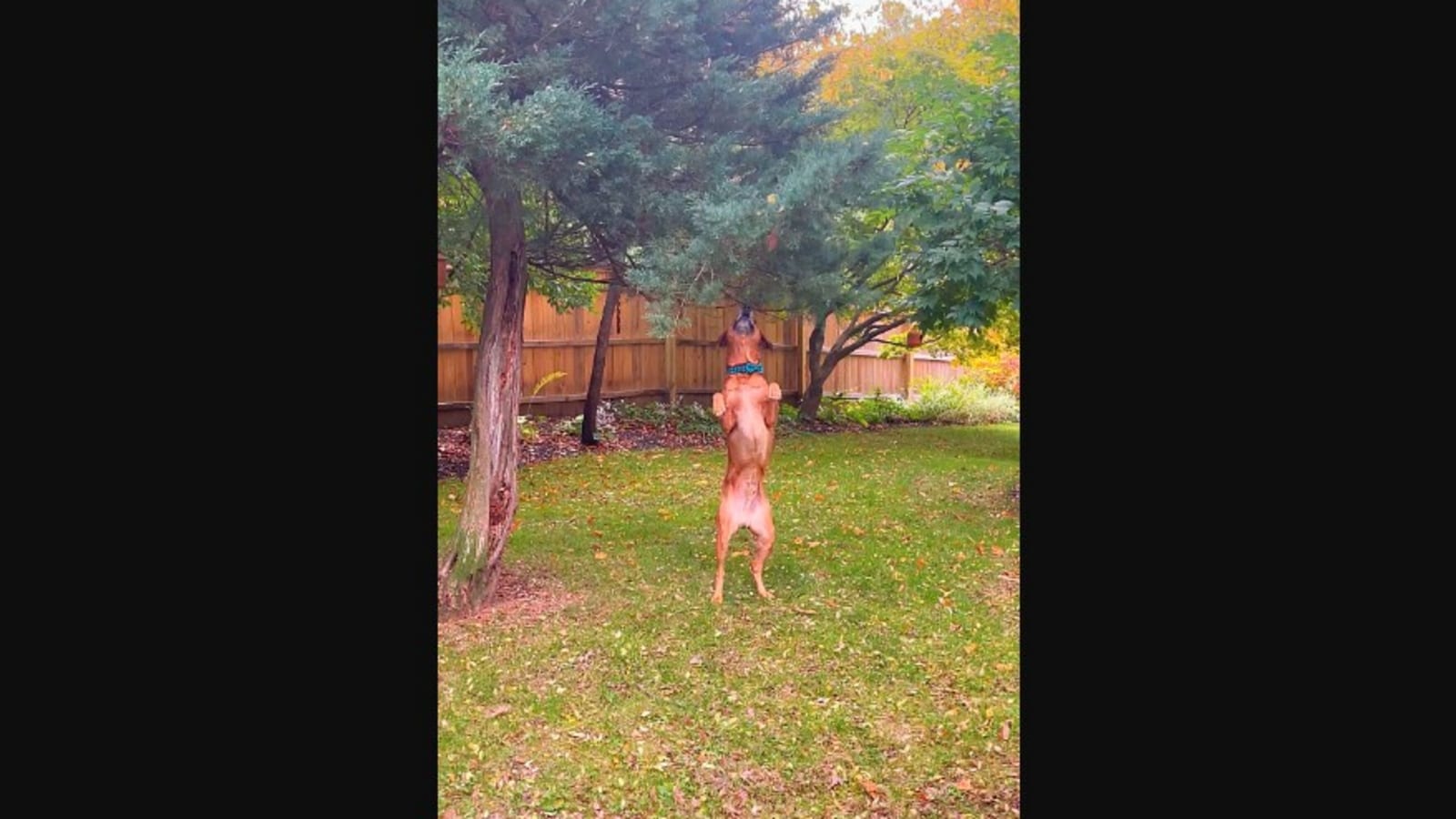 A dog’s determination while trying to get his toy stuck in a tree has wowed people. Shared on Instagram, the video shows the pooch refusing to give up until he gets his toy from the tree. There is a chance that the video will make you want to shower the dog with kisses.

The video is posted on the Instagram page dedicated to the dog named Myko. “I’ve NEVER been so invested in an ending. Please congratulate him!?! This was a minute and a half of VERY hard work edited down to 14 seconds. He refused to give up and didn’t even look over at me to request backup,” reads the caption posted along with the video.

Take a look at the amazing video:

The video was posted a few days ago. Since being shared, the clip has gathered close to 1.7 lakh views and the numbers are only increasing. The video has also accumulated nearly 12,000 likes. The share has prompted people to post various comments.

“Well done,” posted an Instagram user. “Can we see the whole minute and a half? Love his determination!,” expressed another. “One of my dogs gets persimmons from our persimmon tree. It’s to tall for him to just stand like that, he has to jump. And when I say jump, I mean he jumps directly up, like, 3 feet, grabs an entire little branch that has around 4 on them, lands perfectly, and then just goes and eats it. He’s 2. When he first started doing it, he had to jump a lot, and would only get one, but he’s perfected it now. It’s the cutest thing,” shared a third. “Great job Myko,” wrote a fourth.

Apple AirPods Pro 2nd Gen: 6 tips and tricks to get the most out of Apple’s newest wireless earbuds