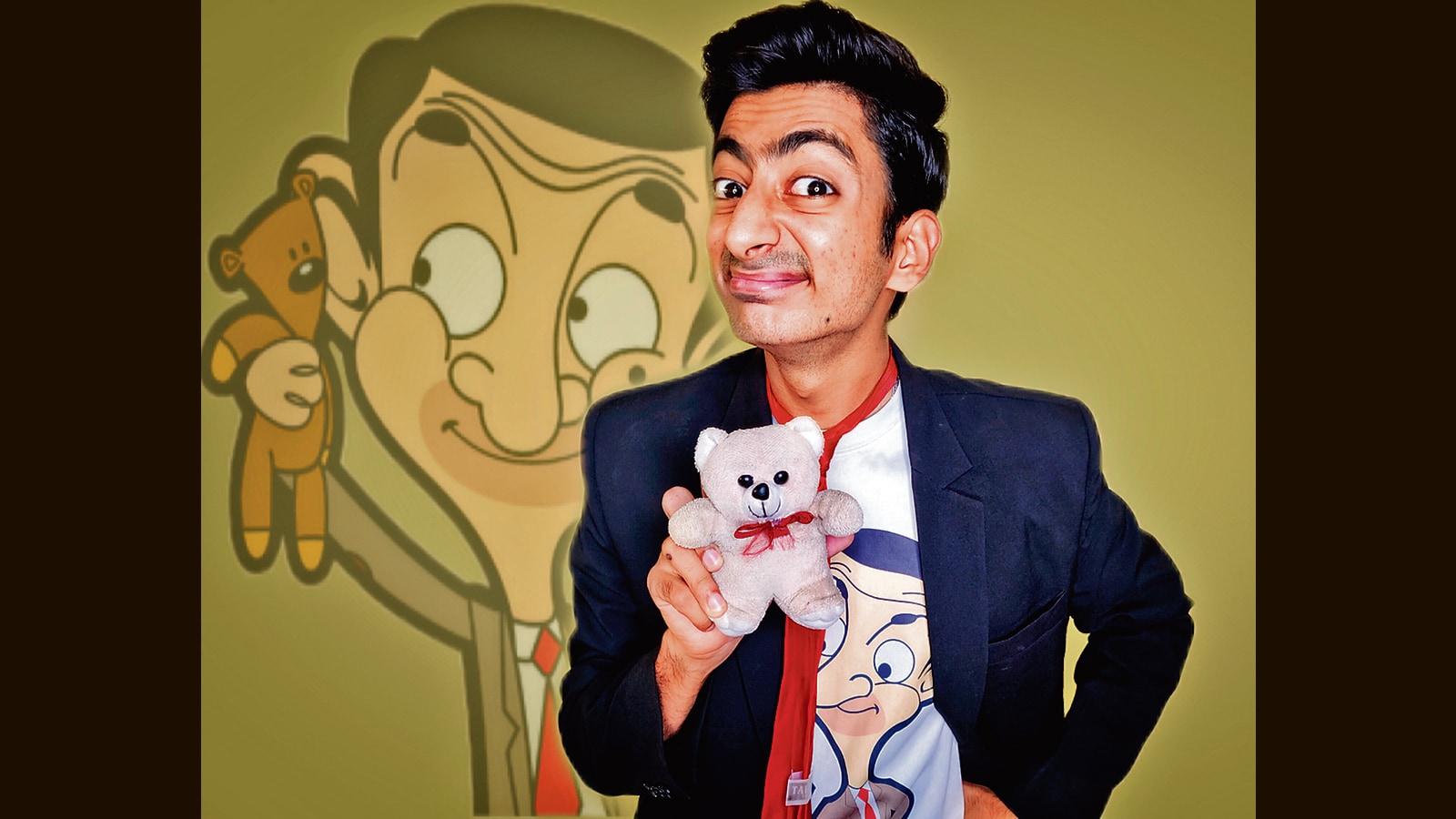 A budding architect from Mumbai put a video imitating Mr Bean on a social media application and it goes viral the very next day! This is how the journey of actor Jatin Thanvi aka Jr Mr Bean began two years ago. One video led to another and soon the 22-year-old had a millions of viewers and a loyal fanbase, which now regularly visits his social media accounts for their daily dose of laughter.

“March 2020 mein jab pehli bar lockdown hua tha, I was sitting at home idle and tab maine ek video banaya, imitating Mr Bean. When I woke up the next day, I had about 600K views, and I was amazed! I made another video and that went to 56 million views. I just couldn’t understand what was happening. I was getting non stop messages. Mujhe idea hi nahi tha ki social media itna powerful hai. Then I decided ki regular videos banana start hi kar deta hun,” he recalls.

Thanvi’s association with Mr Bean, however, goes way back to his school days. “My friends would often tell me that I look like Mr Bean. Bachpan mein, I used to watch only Mr Bean and tab mujhe lagta tha ki yeh alag hai. I was in class two or three when there was a fancy dress competition at school and I went as Mr Bean. Jeeta nahi, but bahut maza aaya. Friends aur teachers ne appreciate kiya. I was also very shy in my childhood, and had friends but none was close. Main apne aap mein rehta tha. But everything changed after I became Mr Bean in school. In fact, it’s Mr Bean who literally changed my life. I had no stage fear after that, and dost apneaap hi bante chale gaye.” And today, besides friends, he has a solid fans base, too! “When people see me, they go like, ‘Arre yeh toh Mr Bean hai. I can sense their excitement. They say yeh toh badha aadmi hai, photo khichani padhegi. Mujhe acha lagta tha. Chhote bachhe bolte mujhe, ‘Aap please acting karke dikhao na’, ‘Dance karke dikhao na’, ‘Mr Bean ki tarah awaaz nikalo na’!”

But all the success didn’t come as easy as it looks. Thanvi says it took him quite some time to convince his family to let him invest his energy in this field. “I left architecture and my mom got very concerned. She was so scared and would say, ‘Kya karega tu?’. Unko samjhane mein ek saal laga! Pehle maan hi nai rahi thi. But later she agreed. Jab meri mom ko mera video kisi aur ne bheja ause pucha ‘Isko dekha!’, the sender didn’t know he’s sending it to my mother. That’s when my mummy was like, ‘Yeh toh tu hi hain na!’ Phir woh thodhi emotional ho gayi. I told her ‘I’ll make you proud’. Now she has made an account on Instagram, just for me,” says Thanvi, who was born in Jodhpur and brought up in Mumbai where he now lives with his parents and an elder sister.

Sharing another endearing anecdote, he says: “Once my parents and I went for a movie. Theatre mein jaate hi char-panch log aaye aur mere saath selfie lene lage. It was the first time I realised that my mom was proud of me. Also, my dad had a bet with me that no one will recognise me, and that made this situation even funnier!”

From being funny to talks of future, he says, “Maine socha hai ki I want to be part of a Mr Bean show in India. I want to make a series on Indian Mr Bean. It will be unique and different. Besides, I want to act in other roles as well… Of course Mr Bean ko mujhe milna hai. Unhone itni badiya series banayi hai, woh bhi bina kuchh bole.”

Muskan Bamne reacts to trolls who called her mother middle-class