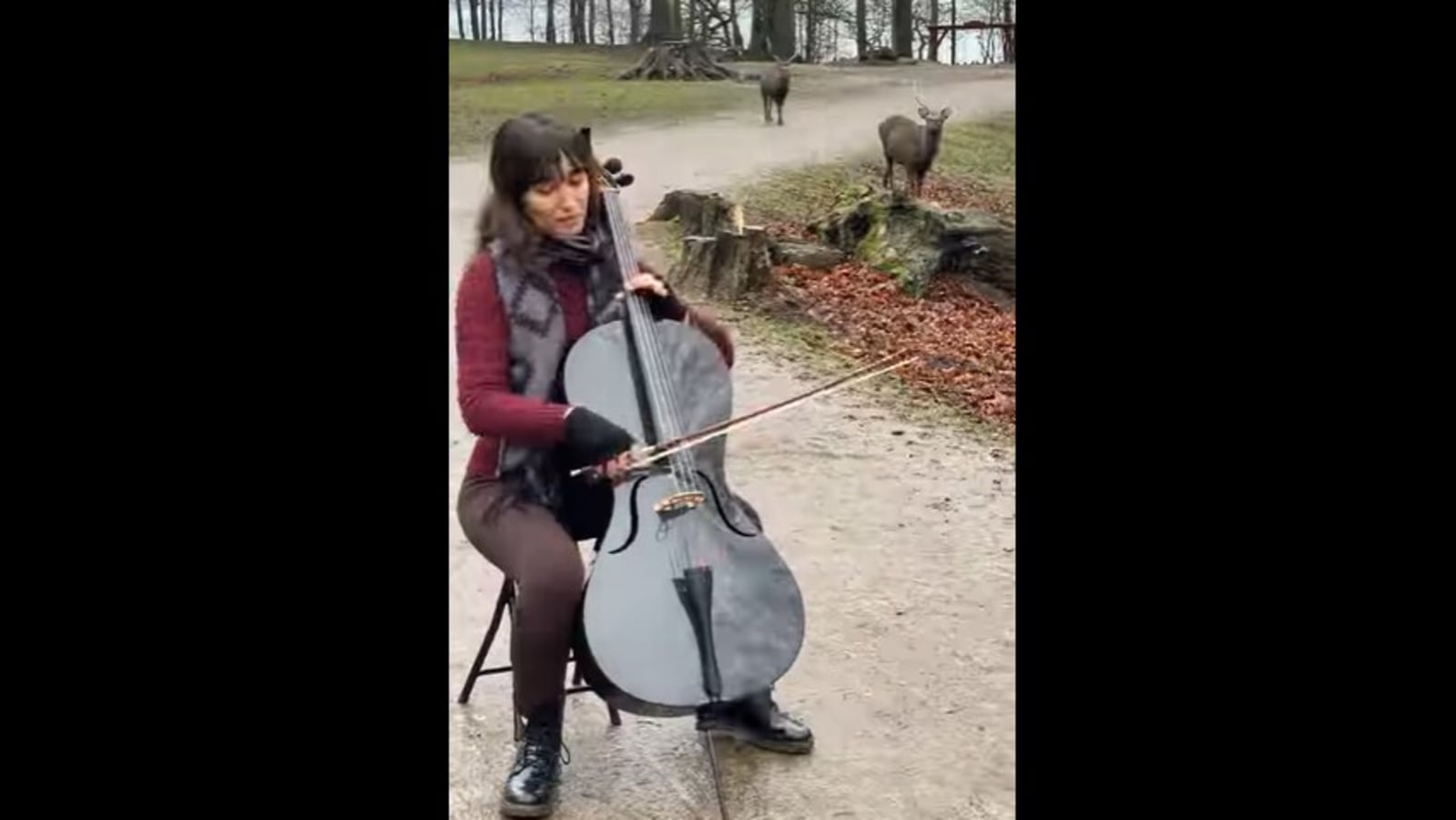 This video posted on Instagram shows how a woman named Diana was playing the cello as two deer kept coming closer to her to hear the music.

The videos that show moments of sweet interactions between human beings and animals in the wild are always adorable to watch. This video that was posted on Instagram by a cellist, shows exactly that kind of a beautiful moment.

The video opens to show a woman playing a cello sitting at a park in Aarhus, Denmark. On her musical instrument, she is heard playing some music composed by the iconic Johann Sebastian Bach, as she points out in her caption. It reads, “Playing Bach for these two deer,” followed by a heart emoji.

The woman is a Spanish cellist named Diana. She is known to upload videos of herself on her Instagram page, playing the instrument in different situations, among other things. The deer are seen to be approaching her slowly as they try to understand where this melodious tune is coming from.

Since being posted on Instagram on December 17, this video has garnered more than 16,000 likes. It has also accumulated several comments.

“The cello is so underrated! It’s such a beautiful instrument, thank you for sharing your talent!” complimented an Instagram user. “Nature agrees with your music,” wrote another. “Absolutely splendid,” posted a third. “Woooow! How cool is that?” commented a fourth.

The Last of Us TV Series India Premiere Date Revealed