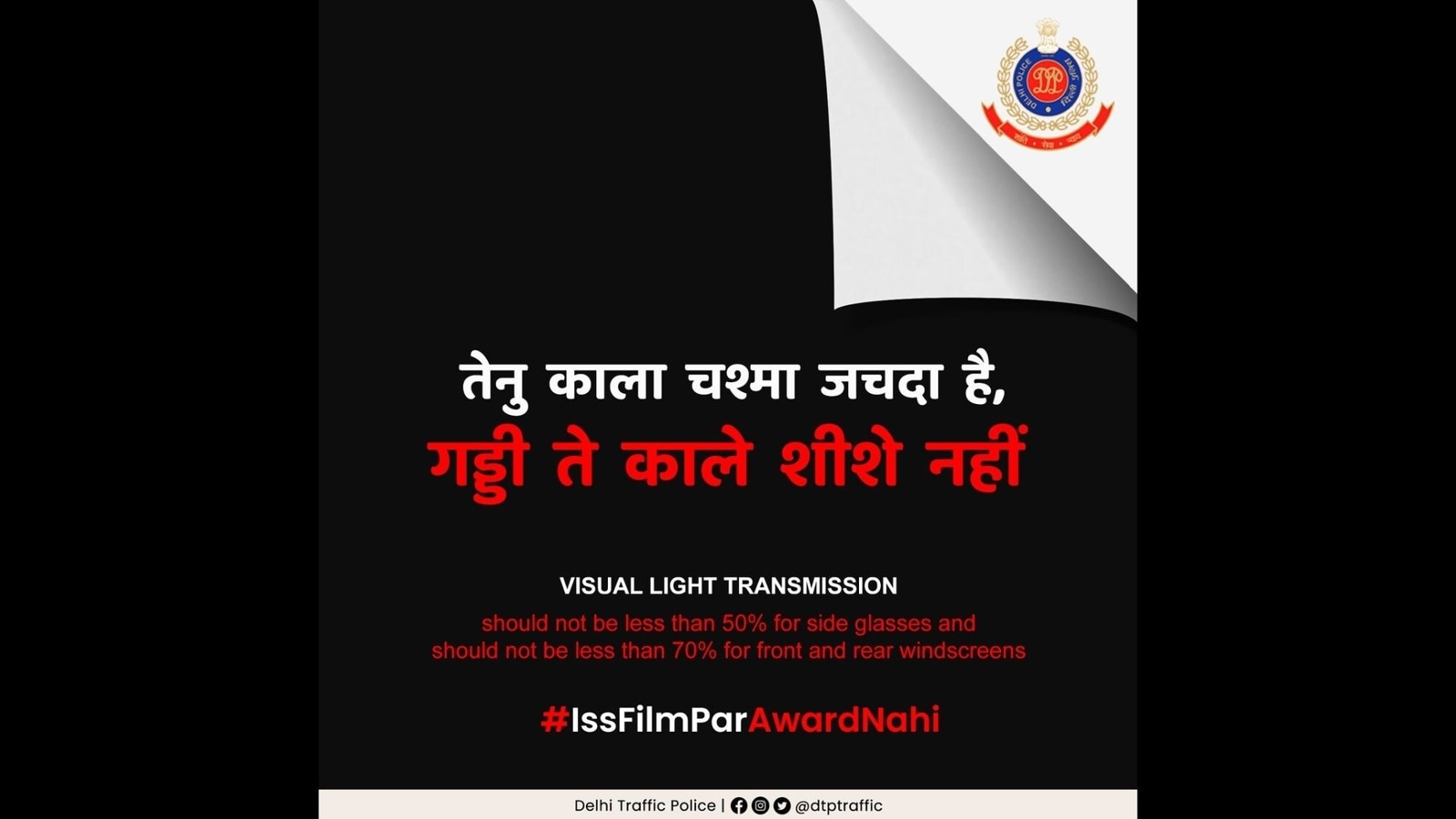 Delhi Police never miss a chance to hop on to viral trends and creatively use them to issue advisories to raise awareness among the masses on various pressing issues. And since Katrina Kaif and Sidharth Malhotra starrer Kala Chashma from the film Baar Baar Dekho is trending globally, Delhi Police cashed in on the opportunity to talk about a traffic rule with their on-point meme. In their Twitter post, Delhi Police shared that they have launched a #IssFilmParAwardNahi drive under which people who have tinted glass beyond permissible limits in cars will be penalised.

“Starting today, #DelhiTrafficPolice shall be penalising those who have tinted glass/glass films beyond permissible limits. Also, we will keep a check on minors indulging in driving without a license and penalise the vehicle owners,” they wrote while sharing a meme on Twitter, along with the hashtag #IssFilmParAwardNahi. The meme, when translated to English, says, “black sunglasses really suit you, but not the tinted glasses of your car.”

They even shared a video update with the caption, “Under #IssFilmParAwardNahi drive today, #DelhiTrafficPolice booked 26 violators for tinted glass and 01 for minor/underage driving.”

Take a look at the tweets shared by Delhi Police below:

The post was shared a day ago and has since received over 150 likes and several comments.

“Are tinted glasses even allowed. If yes, then please help with the tint precent?” enquired an individual. “I am happy to see humorous side of Delhi’s traffic police. Good job,” posted another. “Today? Hasn’t it been in place since long… I was also told by DP personnel that there is no permissible limit… Its was very clear as per them… It is strictly not permitted,” commented a third.

Earlier, UP Police underscored the importance of using strong passwords by mimicking Brahmastra’s trailer and even educated people on how to create one.

How can I keep my credit card details from being stolen online? [Ask ZDNet]

Chef Ranveer Brar shares how to use chopsticks, post ends with a hilarious twist