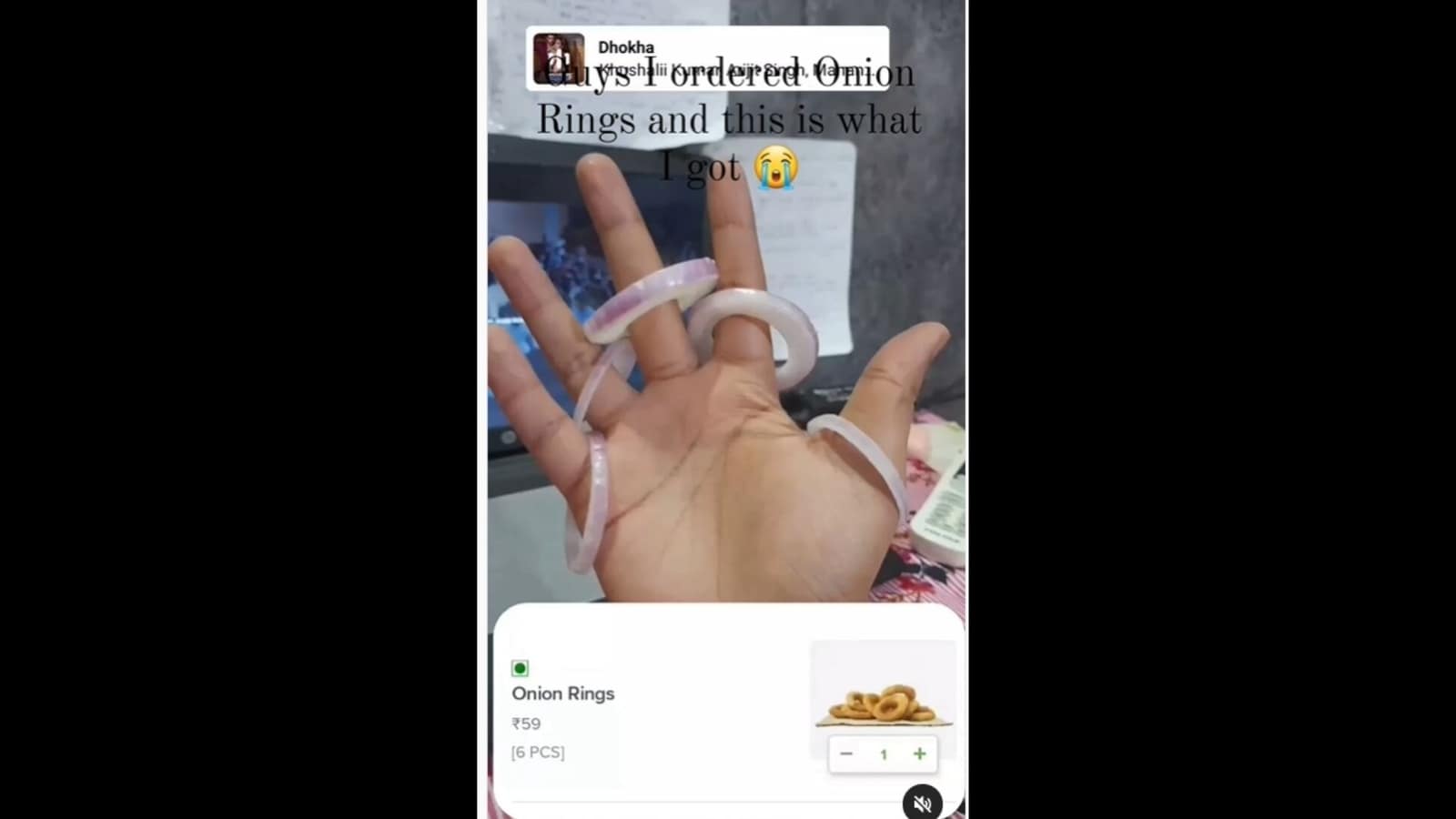 When you order food online, you wait patiently for it to arrive and if it is from a new place, you hope it is good and according to your taste buds. There are also many incidents when people are delivered the wrong order. However, a man in Delhi had a funny incident which he shared on Instagram that will make you laugh out loud.

Posted one day ago, the video has received more than 57,000 views.

“Onion as crying is no more a metaphor guys,” he wrote as caption to the video.

The video got a ton of reaction as netizens were left laughing out loud.

“That’s why I have trust issues,” commented an Instagram user. “The guy who packed the order: “Why are you booing me? I’m right,” wrote another. “Well it is onion in form of rings,” said a third. “Technically, they’re not wrong.. looks like rings cut out of an onion,” reads another comment.

What do you think about this restaurant’s onion rings?

Custom iPhone 13 Pro Max has USB-C, double the battery, and a fan