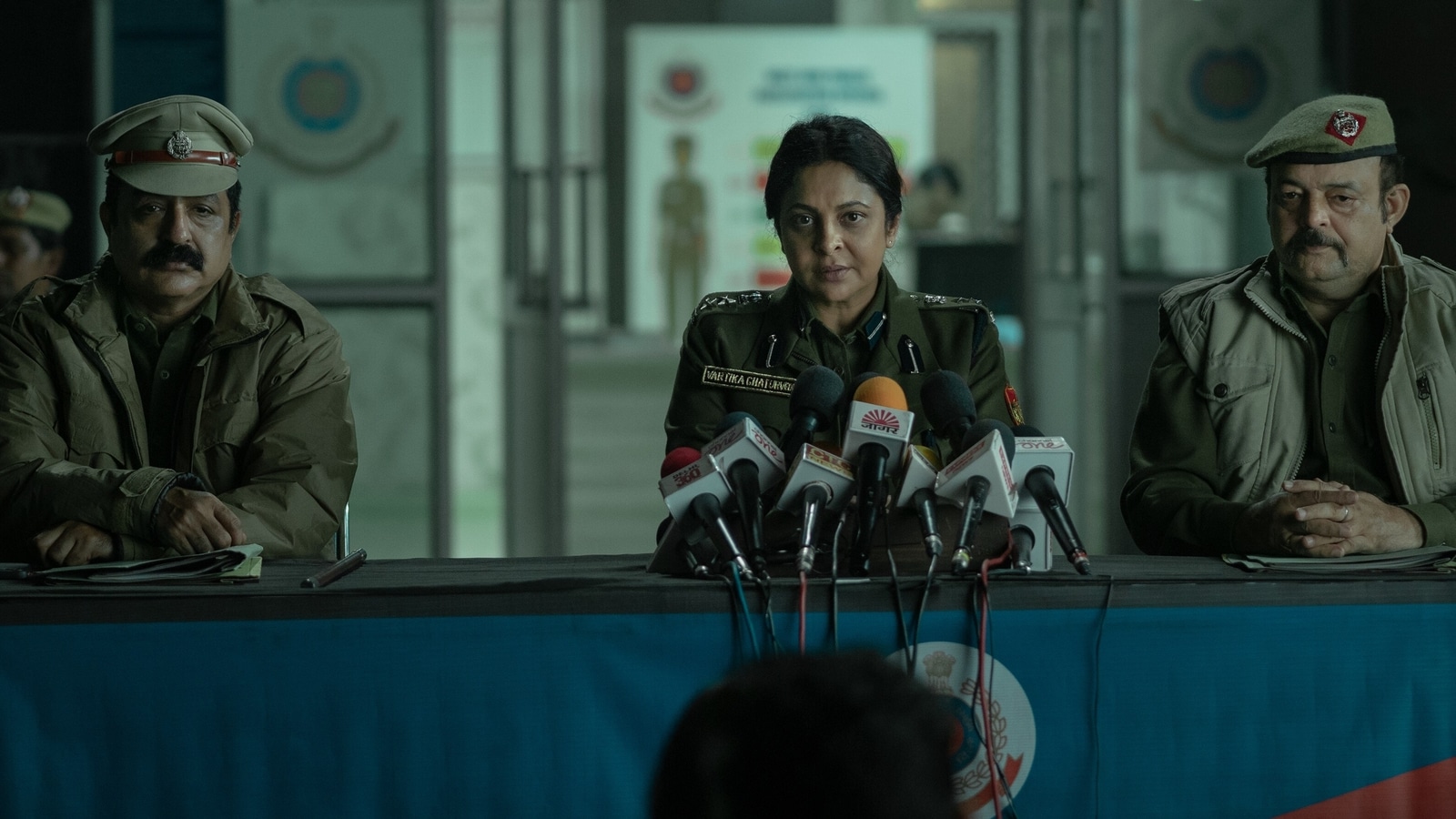 Delhi Crime is widely regarded as one of the finest web series to come out of India. An International Emmy nomination is validation enough. But it also came across as a self-contained show. The first season was about the hunt for Nirbhaya’s rapists and killers and many assumed that was it. So, to take the story forward and introduce a new case with the same team is a daunting task. Delhi Crime 2 takes this challenge head on with a fresh approach. It falters, even falls a bit, but gets back right up to deliver an engaging watch that despite its flaws, is better than most things in Indian OTT space. Also read: Shefali Shah says audience shouldn’t ‘burden’ Delhi Crime 2 by comparing it to season 1

If Delhi Crime season 1 was about the crime, season 2 of the Netflix show is about the team solving it. DCP Vartika Chaturvedi (Shefali Shah) and her team is back and this time, they are hunting the infamous kaccha-baniyaan gang, who terrorised northern India with a spate of murders and robberies in the 80s and 90s. Why the gang is back after two decades and in Delhi of all the places is something the team must figure out, and also catch the culprits, before they leave a long trail of bodies behind.

To start with, Delhi Crime faces a huge challenge. Season 1 was about the most grotesque, shocking, and talked-about crime in modern Indian history. The intrigue, the audience interest was natural. Of course, the show was made well and that was the icing on the cake. But in OTT space, the second season often needs to outdo the first in terms of scale. But to put it rather inelegantly, no crime can ‘top’ the 2012 Delhi gang rape in sheer barbarism and the emotions it evoked in the Indian populace. So, Delhi Crime 2 must find a new way to get the audience invested in the victims. It does so by showing the brutality of the crimes on screen, a marked departure from season one. It is a bold, brave choice, slightly questionable too. But it does have the desired effect, even if it may put some viewers off.

In doing so, Delhi Crime 2 sacrifices the subtlety that it had in season one. It is still sensitive and sharp but once you present the victims as defaced carcasses, it is hard to dignify them again. The writing makes up for this choice by presenting the cops as sensitive human beings and also showing us the victims’ families. It is not a heartless police procedural but a show about human emotions–greed, fear, frustration, and determination.

I have long had an issue with police procedural shows’ extreme police-friendliness. The shows have to present the protagonists in a positive light and they do so by teetering on the verge of propaganda. Delhi Crime is a bit better in that it often finds ways to balance it all out, even if just a bit. In season 1, it was Yashaswini Dayama’s character as Vartika’s daughter who was Delhi Police’s harshest critic. In season 2, it is an overzealous corrupt cop, who shows the khaki’s ugly side. What Delhi Crime 2 manages to do better than the first season is show the personal lives of the team, and bring to fore their issues and personalities.

It is not a whodunit. The show gradually introduces us to the perpetrators as well. I won’t say much for fear of spoiling it but will add that the criminals here are showed as humans too. That is not to say that they are glorified. They are very much the bad guys but they have motivations behind their evil, which makes them even more sinister.

If the writing and cinematography are top-notch, it is the acting that takes the show to another level altogether. Shefali Shah is in fine form. One after the other, she delivers some memorable performances. She has Vartika Chaturvedi down to the T, nailing her strength and vulnerability at the same time. It is hard to imagine a better performance by an Indian actor in this medium in recent memory. Rasika Dugal shows why she is among the most versatile actors of her generation. The ease with which she can switch between Mirzapur’s Beena Tripathi and Delhi Crime’s Neeti Singh shows her phenomenal range. I could go on about the stellar cast from Rajesh Tailang to Sidharth Bhardwaj. It is safe to say it’s hard to pin point a weak link here. But the real scene-stealer is Tillotama Shome in a magnificently-played negative role. The actor brings out the angst and the entitlement of a self-centred criminal perfectly.

Delhi Crime 2 is not a perfect show. The graphic visuals of the crime may put some off. The visceral scenes of bludgeoning, coupled with the sound effects, may be unpalatable for many. But for those, who can look past it, the show remains just as good as it’s very worthy predecessor. What works for it is its short run time. With just five episodes, it keeps things crisp and well-paced. Delhi Crime season 2 premieres on Netflix on August 26. It would be your perfect weekend binge.