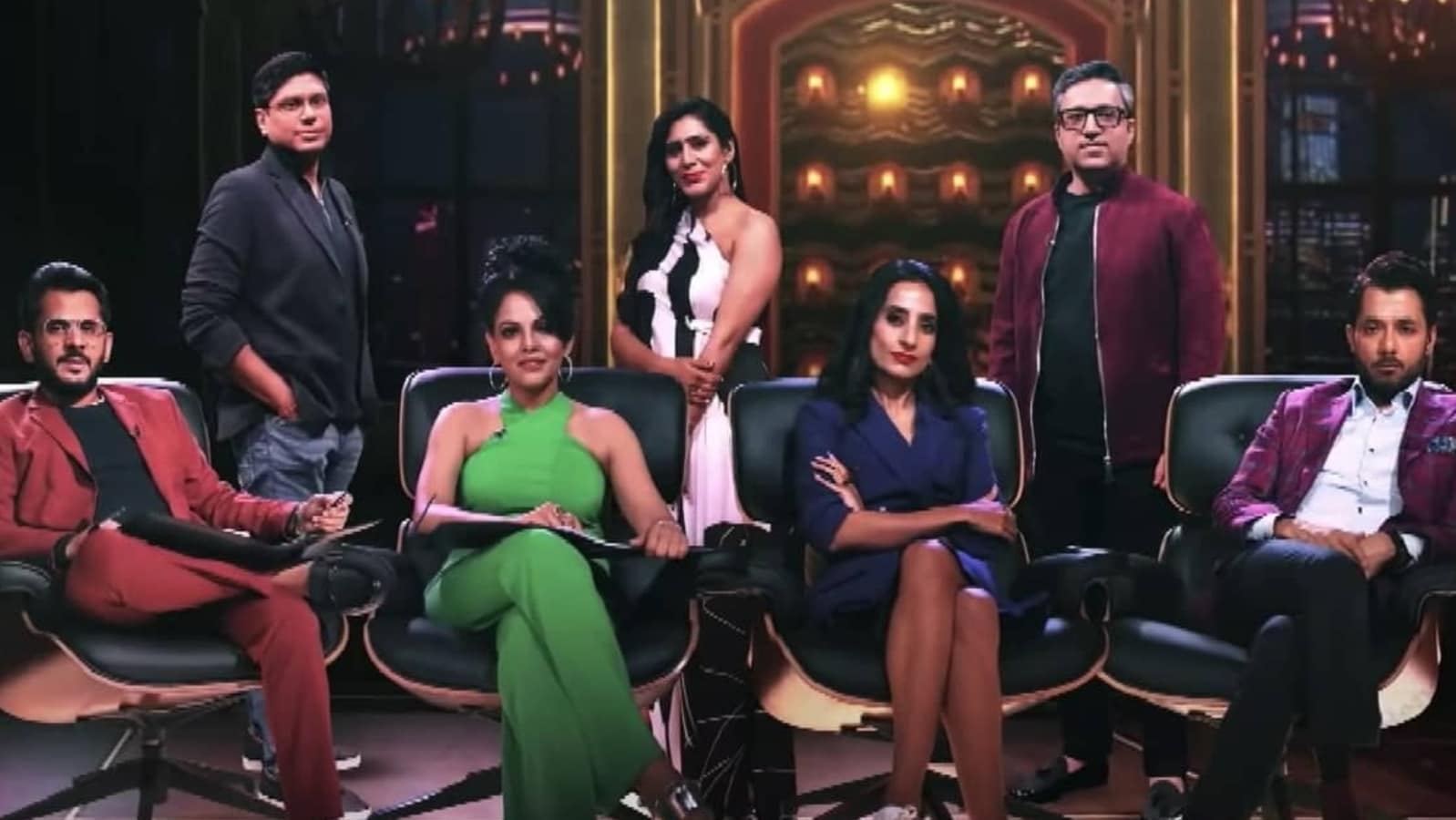 Ask any middle-class household in India what their preferred mode of investment is, the answer would most likely be somewhere between fixed deposits and mutual funds. Terms like equity, bull run, and gross margin would not be part of living room conversations. But that changed over the last two months. And all because of one TV show.

Nobody expected Shark Tank India to be the kind of sleeper hit it has been. The reality TV show has a simple concept that has worked in dozens of countries across the world. There are seven ‘sharks’–all successful entrepreneurs and titans of the industry–who see budding entrepreneurs pitch their businesses, seeking the sharks’ investment.

It was expected to do well. Or else, Sony Entertainment Television wouldn’t have given it the 9pm slot on weekdays. But did anybody expect the sharks to be mini celebs by the end of it? Did we expect memes on social media and influencers collaborating with businessmen? And did we expect seven businesspeople on The Kapil Sharma Show? And more importantly, did we expect people to discuss the show and dissect the products, the pitches and their business models? Certainly not!

A video from the sets of The Kapil Sharma Show had comedian Kiku Sharda talking to Anupam Mittal, one of the sharks and Shaadi.com founder and CEO. In it, Kiku says, “I have two boys 13 years old and 16 years old. All my family members sit together to watch Shark Tank India. We keep on thinking if we would invest on those businesses and if our thinking matches the sharks’ and if they will invest or not.” This has been true for so many families across India. Dinner conversations have shifted from cricket to business models and whether the product on ‘aaj raat ka episode’ would make it or not.

Even shark Aman Gupta, boAt co-founder and CMO, in an Instagram live chat with the other sharks, recounted an incident recently when his father quizzed someone he knew about equity and investment upon hearing about their business. “Yeh to alag hi level ki conversation hai (This is a whole different level of conversation),” he remarked.

One could argue that Indian families have had similar discussions about contestants on Indian Idol and Boogie Woogie for decades. But that’s art. And while it may not be easy, it is more straightforward. Most people can tell a melodious singer from one that can’t hold a tune. Most people can appreciate a good dancer. But business ideas are more technical in nature. There are questions about supply chains, equity dilution, profitability.

So why did this happen? Part of it is because of it was so different from all the other reality shows on air. There was drama but no melodrama. There was bluntness (we are looking at you, Ashneer Grover) but not nastiness. It felt real than most ‘reality’ shows on TV currently. Maybe the showrunners of other shows can take some notes here. People crave authenticity right now. But it’s not served on a bland platter. The show, and its seven sharks, have real personalities. All are individuals and likable in their own unique ways. There was no template the show followed, apart from the core concept. And that probably worked.

Everybody likes being rich. Surprisingly, people also like watching other people get rich. Kaun Banega Crorepati showed that over two decades ago. And in a way, Shark Tank India is an extension of that show. If KBC taught India that your knowledge can make your rich, Shark Tank India taught people that an idea can do that too.

Maybe it’s also because the timing of the show is just right. It started airing after two waves of a deadly pandemic had crippled the country. Over the last two years, all of us have seen several small and big businesses wither away. From the neighbourhood grocer to Westland Publications, no one was left untouched. After all that gloom, it felt cathartic to see some young, small business owners pitch their cause and strive for something big. The message of hope amid doom has resonated with many.

But like all ideas, Shark Tank India does not owe its success to any set formula. It’s hard to decipher what worked to what degree in making this show the hit it has become. And if anybody claims to have unlocked the code as to why it worked, I’d call their bluff. If you think it’s that easy, please go ahead and recreate it. Otherwise, to borrow a famous ‘Ashneerism’, all   claims, yeh sab dogalapana hai!

Baby elephant falls into a pool, two gentle giants rush in to rescue it. Watch

Hyper realistic portrait artist shares about evolution of his drawing skills. Video is intriguing to watch