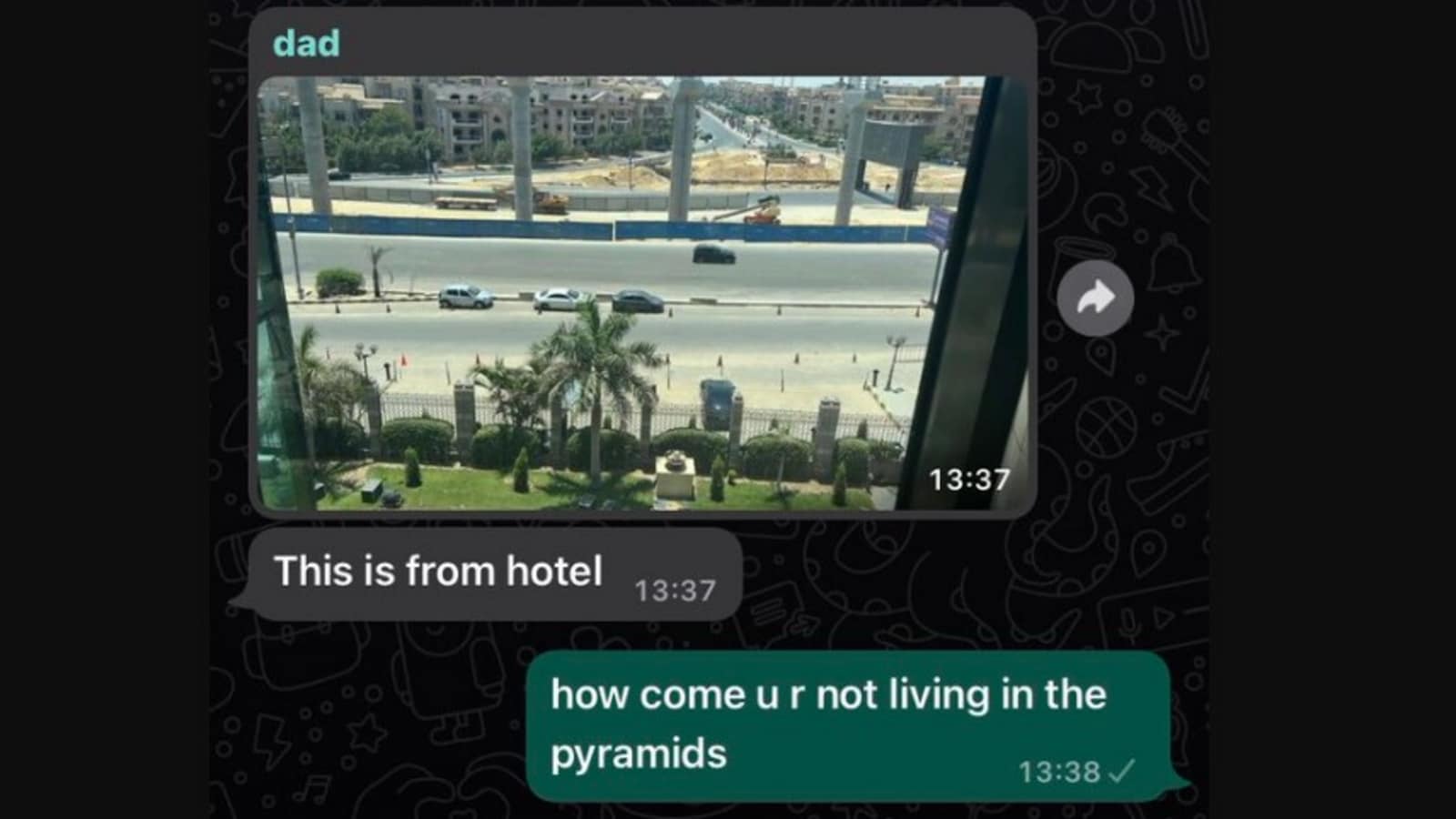 The daughter took to Twitter to share a screenshot of her conversation with her dad involving pyramids in Egypt.

A text conversation between a dad and daughter has turned into a source of laughter for many. Shared on Twitter, an image shows what the dad replied when his daughter jokingly asked him why he is not staying in a pyramid while visiting Egypt. His reply will leave you chuckling.

Twitter user Michelle shared a screenshot of her text conversation. “My dad is funny is Egypt also,” she wrote while sharing the picture.

The text conversation starts with an image that the dad shared and wrote “This is from hotel”. To which, the daughter replied, “how come you are not living in the pyramids.” It is the dad’s reply to that question that has now sparked laughter.

“What a guy,” wrote a Twitter user. “‘This is from hotel’ funny how this is exactly what my dad would say if he were in Egypt, after sending a photo which will be, indeed, ‘from hotel’,” shared third. “Ultra-legend uncle,” commented a third.

Devoleena Bhattacharjee flaunts her huge ring as she gets engaged to boyfriend Vishal Singh after her surgery. See pics