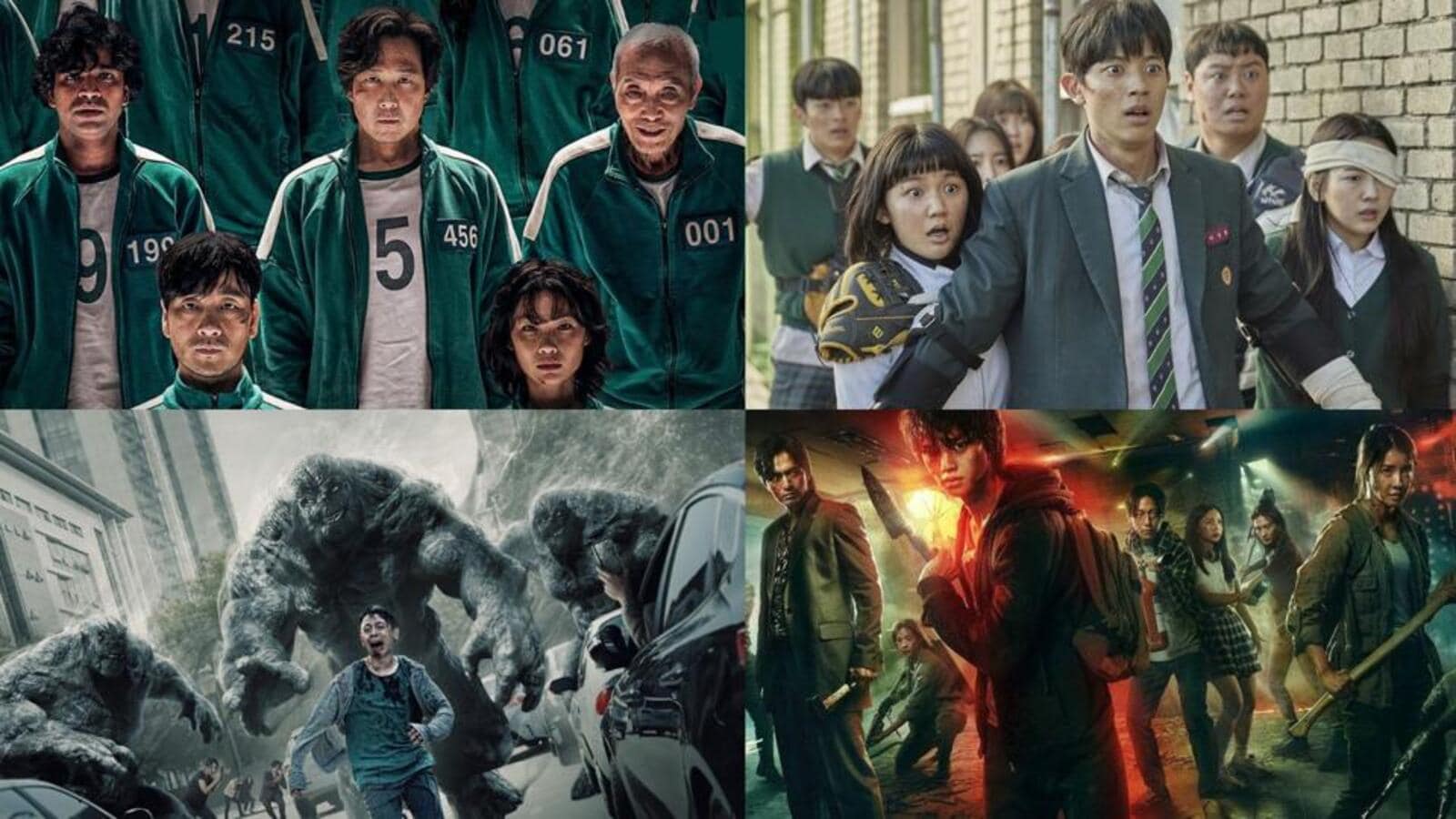 It may traditionally be dominated by rom-coms, but the Kdrama space has never really been restricted to the romance genre. From historical dramas to thrillers, there’s something for everyone. But since the rise of streaming culture, which is arguably linked to the pandemic, there has been an unmissable development — the surge in South Korean shows with darker content. Dystopian shows found takers in hordes, as people across the globe perhaps looked for an escape amid the pandemic but were done with the unrelatable cheerfulness of typical love stories. And the massive global popularity of shows like Squid Game and Sweet Home further led to another phenomenon that was hitherto uncommon for Kdramas — the concept of seasons. In just the last couple of months, several hit dark and dystopian shows have announced new seasons to great response from audience. So, Kdrama fans looking for an adrenaline-fuelled escape sure have a lot to look forward to.

The biggest poster child of dystopian Kdrama genre’s global popularity, Squid Game has got the green light for season 2. The record-smashing show is about a deadly competition offering a cash prize to the last man standing. Returning for season 2 will be the Front Man (played by Lee Byung-hun) and Gi-hun (played by Lee Jung-jae), maybe even Gong Yoo, while new characters will include the killer doll’s ‘boyfriend’. There’s likely to be a long wait though, as writer and director Hwang Dong-hyuk said in a Vanity Fair interview that season 2 could release as early as late 2023.

Another fan favourite show, this one has been confirmed for not just one, but two new seasons! This action-laden show is about a world where humans turn into monsters, often personifying the darkness within them. Song Kang will return to lead the apocalyptic show, alongside actors Lee Jin-uk, Lee Si-young and Lee Do-hyun. It’s Okay To Not Be Okay actor Oh Jung-se will be among the new additions to the cast. Fans can expect the new seasons to follow the survivors as they escape the monster-infested building and the military’s plans for the infected.

Headlined by actor Yoo Ah-in, Hellbound is a dark fantasy (or horror, depending on who you ask) drama. It is set in a world where supernatural beings drag sinners to hell, with an advance notice. Starring Kim Hyun-joo and Park Jeong-min in pivotal roles, the first season was short but intense and addictive. The new season is likely to address the questions raised by the cliffhanger in the last episode.Helmed by Train To Busan director, the web series is expected to get a new season too, according to Yonhap. No timeline or cast announcements have yet been made.

All Of Us Are Dead

This one’s for the zombie lovers! All Of Us Are Dead is about trapped high school students trying to survive in a zombie apocalypse. The nightmare isn’t over though as showmakers announced a new season last month to the delight of fans. Actors Park Ji-hu and Yoon Chan-young are expected to be among those reprising their roles in the upcoming season.

This web series was perhaps the first dystopian Kdrama to chomp its way to global fame. Set in the 16th century, it is a fantastic mix of zombie horror and political period thriller. The series starred big names like Ju Ji-hoon, Ryu Seung-ryong and Bae Doo-na. The critically acclaimed show was renewed for a second season as well as a special side-sequel episode, Ashin of the North, featuring Jun Ji-hyun. Creator Kim Eun-hee told The Hollywood Reporter that she has enough ideas to span beyond three seasons. And with South Korean content reigning OTT medium in popularity, expectations are high for another new season. Rumours suggest that the schedules of the busy actors might be the reason for the delay. There were also talks about another spin-off titled Kingdom: The Crown Prince.

Dino Morea: People in Bollywood just never saw me beyond my looks

Apple Is Working On A Variety Of Macs With New M2 Chips, Likely To Unveil Them At WWDC 2022- Technology News, Firstpost