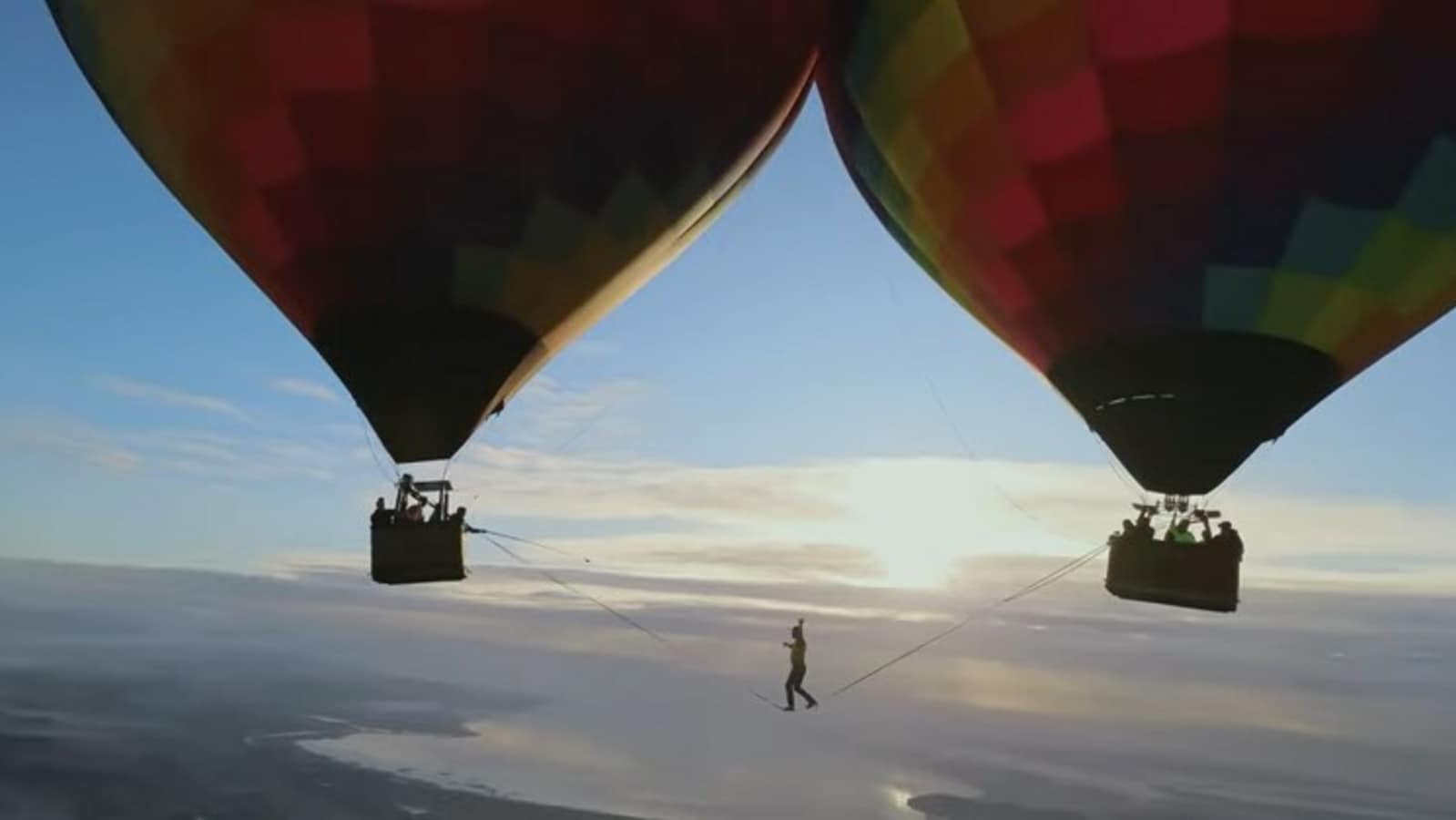 Rafael Bridi, a Guinness World Record holder, often shares videos that show his incredible slacklining skills. Famously known for walking over an active volcano, this time he has stunned people with his latest feat that shows him walking between two hot air balloons soaring high in the sky.

Bridi performed the stunt in collaboration with Insta360, a camera company. The company took to their official YouTube channel to share the video of the slackliner. They also wrote about his previous and present achievements.

“Rafael Bridi is no stranger to wild adventures. A Guinness world record for the highest tightrope walk (at a whopping 6131ft) is testament to that! This time, he took his record-breaking balloon crossing project back to his hometown of Florianópolis, Brazil. And this is the epic result! Enjoy the immersive experience from Rafael’s terrifying perspective, thanks to 360 video shot on Insta360 X3, all the while safe in the knowledge you don’t have to do it yourself!,” they added.

The video opens to show Bridi explaining that more than the actual walk, he finds the preparation for the act challenging. The clip then goes on to show him walking on a rope tied between two hot air balloons flying in the air.

The video was posted on November 17. Since being shared, it has accumulated more than 5,500 views and counting. The share has also prompted people to post various comments.

“This is incredible! That balance,” expressed a YouTube user. ‘So amazing,” posted another. “Wow. That’s really amazing,” commented a third. “Wow,” wrote a fourth. What are your thoughts on the video?

Why this man is hoping for right swipes on Rakshabandhan