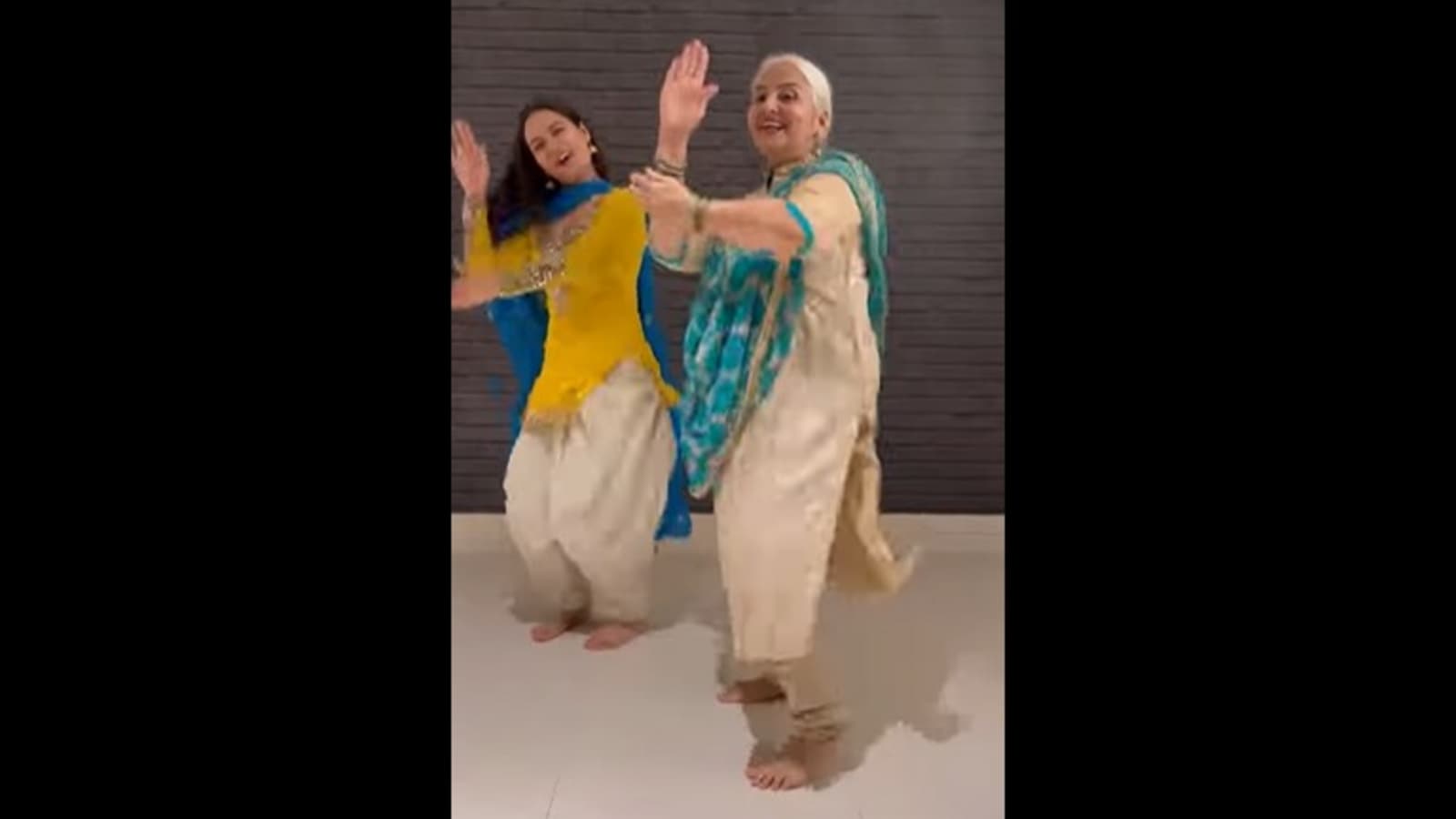 On June 24, JugJugg Jeeyo, a Bollywood comedy-drama film, will be released. Kiara Advani, Varun Dhawan, Neetu Kapoor, Anil Kapoor, Prajakta Koli, and others star in the film. And in a video that has recently been posted by the Instagram-famous ‘Dancing Dadi,’ one can see her dancing to one of the hit songs from this upcoming movie named The Punjaabban Song. There is a good chance that this video will put you in groovy spirits and make you want to shake a leg with her.

If you’re a regular on Instagram, you’ve probably seen this influencer who also happens to be a fantastic dancer. Ravi Bala Sharma, 63, does not let her age prevent her from showing off her dance skills. This particular song is named The Punjaabban Song and is performed by Tanishk Bagchi, Gippy Grewal, Zahrah S Khan, Romy and Abrar-Ul-Haq.

Ravi Bala Sharma is seen wearing a beautiful salwar suit and with her hair in a ponytail. The Internet sensation dances throughout the video with a smile on her face. Dancer Eshita Singh Aithani can also be spotted next to her in this dance video. The caption to this viral video reads, “Jab dono kudiya hain Dilli se toh yeh Punjabi gana toh banta hai.” [When both of us girls are from Delhi then a Punjabi song is a must]

This dance video was posted three days ago on Instagram. This video has received almost 5,000 likes since it was first shared. Instagram users have also left a number of supportive and encouraging comments on the video.

“Love this. The best version I’ve seen so far,” complimented an Instagram user. “What an energy,” wrote another individual. Her friend and the dancer who featured in the video, Eshita Singh Aithani, commented, “Yaayyyyy we did it.”

What do you think of this viral video by ‘Dancing Dadi?’