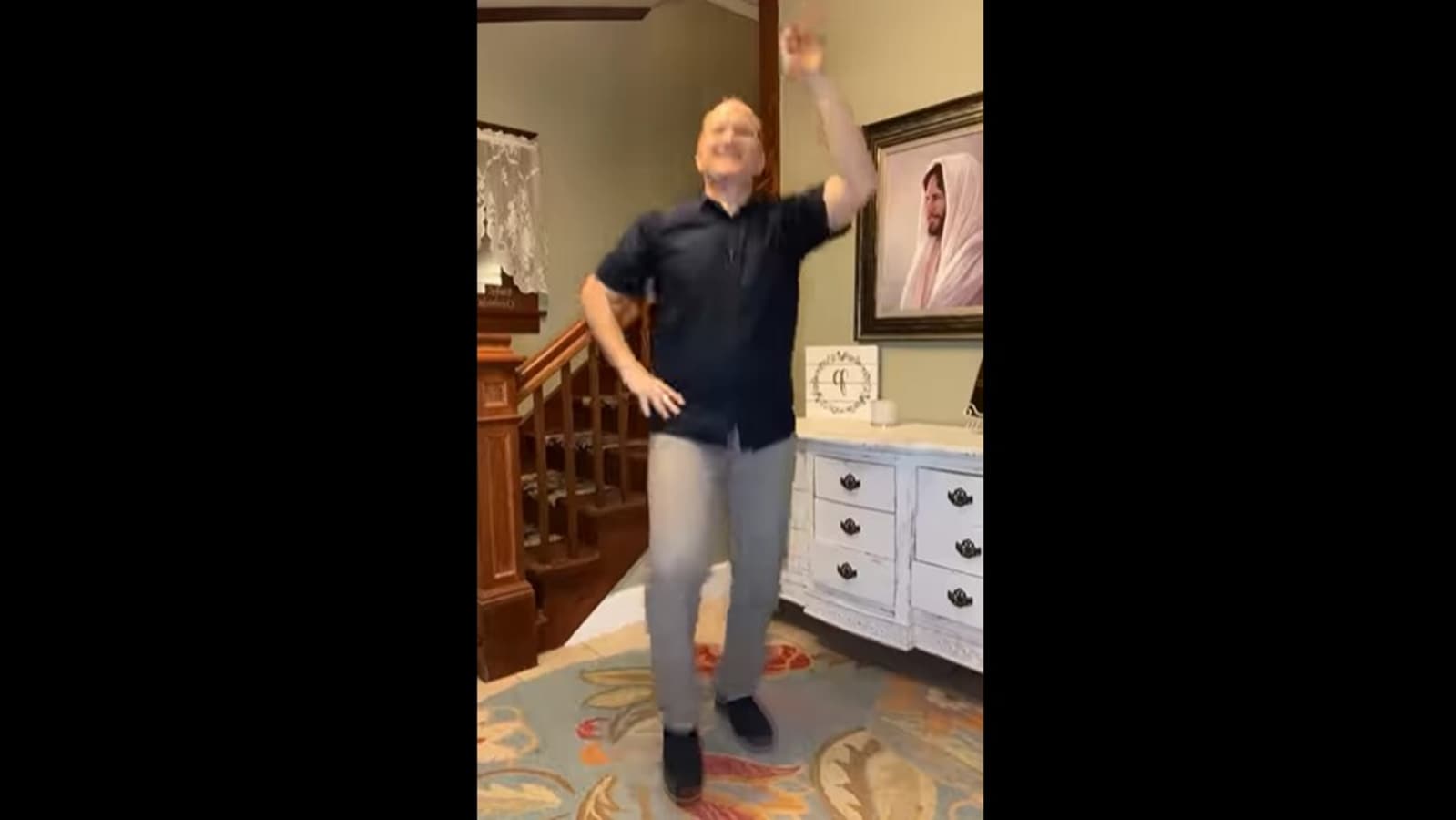 This Instagram video posted by Ricky Pond, the ‘Dancing Dad’ from US shows him shake a leg to Badshah’s Sajna used in the show Say Yes To The Dress.

The social media famous ‘Dancing Dad’ from the United States has once again posted an Instagram Reels video where he is seen dancing to a viral Bollywood track. It is Sajna by rapper Badshah, a track used in the show Say Yes To The Dress. The song has taken social media by storm and many are posting videos dancing to this hit number.

Ricky Pond is famous for dancing to Indian songs and calls himself the ‘dancing dad with four kids’. His energy and steps throughout this video are unmatched. And his smile is infectious as he grooves to Badshah’s viral Sajna song.

But the most hilarious thing that happens by the end of the video is that Pond loses his balance and almost takes a tumble but narrowly saves himself. “This is such a fun song was to the end I even fall to the beat,” reads the caption that accompanies this thoroughly entertaining dance video.

Since being posted on Instagram around a day ago, this dance video has received more than 13,500 likes. It has also raked in several positive comments.

“Mind blowing, super performance sir,” complimented an Instagram user. “Love the way he indulges in our Bollywood songs,” posted another. “Happy faces dance happily!” wrote a third. “You are awesome,” commented a fourth.

Woman gets sad she doesn’t have enough photos with dog, pooch gets bamboozled

Woman surprises brother with her newborn baby, his reaction wins over netizens

Watch the Official Trailer for the Diljit Dosanjh-Led Jogi