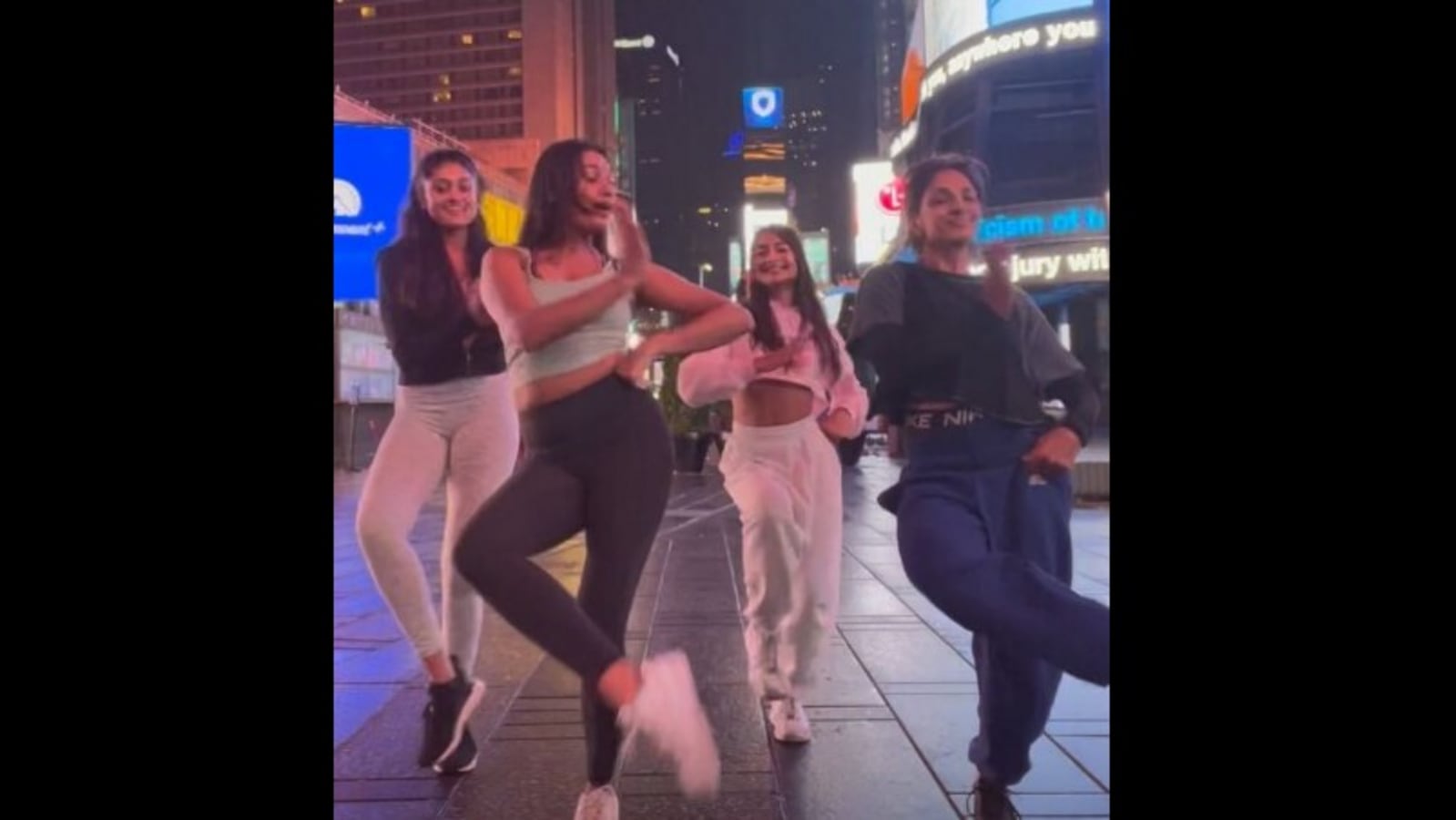 A group of four dancers have taken Time Square, New York by storm after they decided to perform a coordinated dance to a hit Bollywood song there. The song is Barso Re that has been picturised on actor Aishwarya Rai Bachchan and is iconic for its dance steps and melodious tunes. The dance video has been going massively viral ever since it has been posted. There is a good chance that this dance video that has been shared on Instagram will make you want to get up and shake a leg along with the dancers.

The dancers who can be seen in this video are named Aashika Jikaria, Shikhaa Patell, Shivani Shah and Eshhpat. “When it’s raining in Times Square at midnight,” reads the caption that this dance video was shared with. The caption was complete with an emoji of a hugging face. It has hashtags like #barsore, #rain, #samce, #timessquare, #NYC, #desigirls and #tiktok.

The song Barso Re was sung by singers Shreya Ghoshal and Uday Mazumdar. It was picturised on actor Aishwarya Rai Bachchan in the 2007 release Guru. The song has stayed quite iconic ever since its release and was composed by A. R. Rahman.

Shared a week ago, this video has received 8.57 lakh likes as of now. It has also received various appreciative comments including that from Ricky Pond, the ‘Dancing Dad from US.’ He posted, “Love it. I’m going to do this, I’ll tag you.”

“The coordination was perfect,” complimented an Instagram user. “Yay, come back to NYC,” requested another. “All my fave dancers,” wrote a third.

How to record a phone call on your iPhone