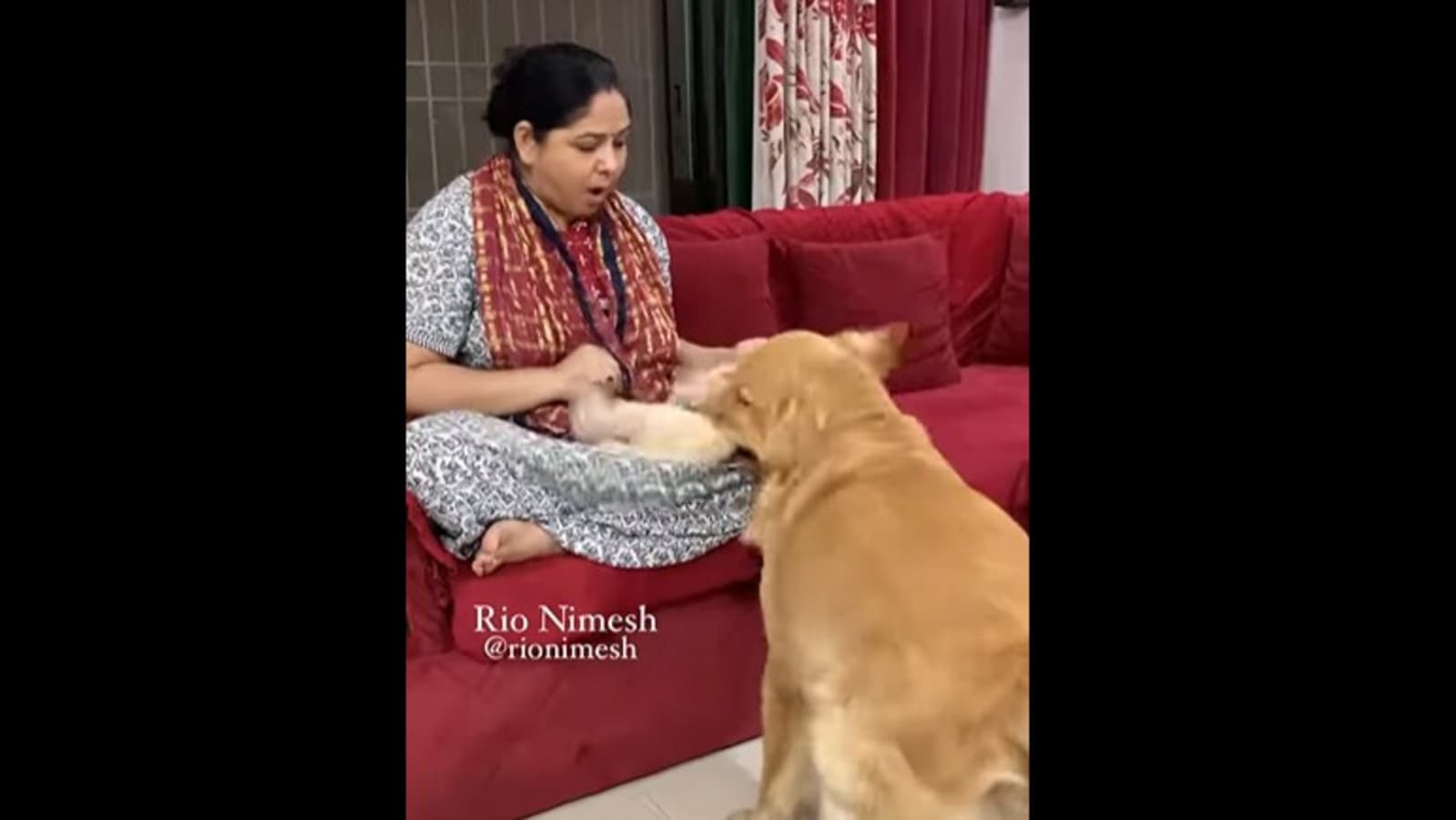 Pets are often quite competitive when it comes to getting the love and undivided attention from their parents. But what becomes more hilarious is when they are competitive and jealous with regard to to non-living things such as a toy that can be seen in this viral video. This particular video shows how a cute Golden Retriever dog gets quite jealous of a toy that its mom can be seen cuddling.

The video has been shared on the Instagram page that is dedicated to this cute Golden Retriever dog named Rio Nimesh. Currently, this page has about 51,500 followers who look forward to the daily posts and videos that showcase the antics of this fur baby. And this particular video will definitely bring a smile to your face and brighten up the rest of your day.

The caption that this video has been shared on Instagram with reads, “Sirf mujhe pyaar karna allowed hai.” [You are only allowed to love me] The caption is complete with two emojis of a relieved face and a smiley face with hearts. There is a good chance that this video will make you laugh out loud and go ‘aww,’ both at the same time, just like it has done to several others.

The video has been posted on Instagram on May 21 and since then, has garnered several comments from people who couldn’t stop adoring the cutesy jealousy in this doggo who loves itself some attention and cuddles. It has also received more than 1.1 lakh likes on it so far.

An Instagram user writes, “Ohh boi feeling jealous.” “Our Sweetu does the same,” relates another comment. A third comment reads, “All cuties are the same.” “If jealousy was a video,” reads a fourth comment.

Why Intermedia is becoming a viable contender in cloud communications | ZDNet