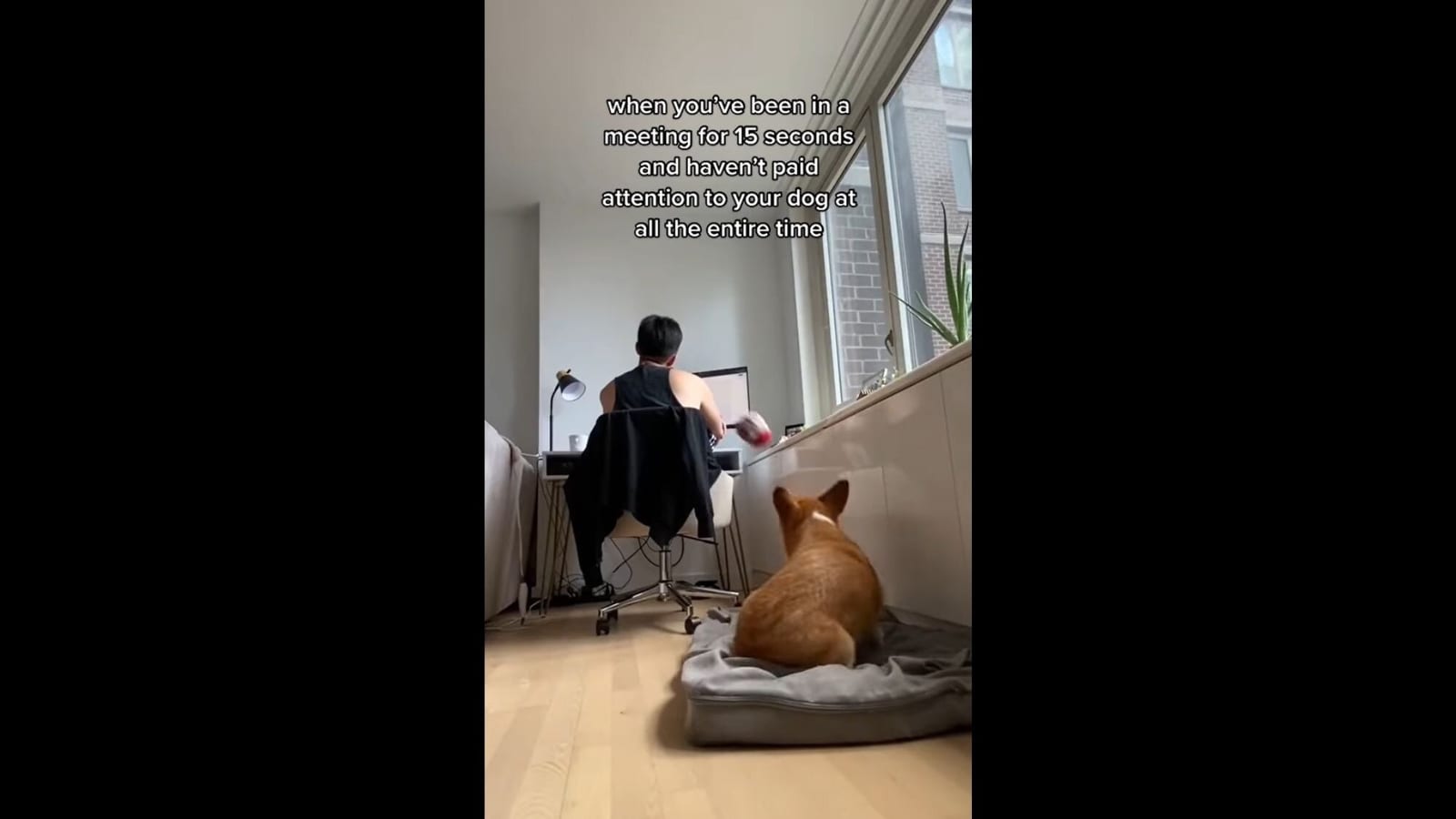 Dogs are attention-seeking animals who steal, chew, or swallow your things to attract attention. And your reaction to getting your stuff back, be it by chasing or yelling at them, is maybe what they want. Case in point, this video that captures what a dog does to gain his pet parent’s attention. The video is hilarious and may leave you chuckling for quite some time.

The video was reshared by an Instagram page called Doggos Doing Things with the caption, “Imagine your coworkers’ POV.” The page that has over three million followers on the meta-owned platform credited the video to an Instagram page dedicated to the dog that goes by the name Dash The Corgi.

A text insert on the video appears, “When you’ve been in a meeting for 15 seconds and haven’t paid attention to your dog at all the entire time.” The video shows the Corgi dog named Dash throwing his stuffed toy at his human, who is attending a meeting, seeking his attention.

The reshared video has received more than 1.4 million views. It has also received thousands of likes and varied comments.

“At this point, you have to just mute your video and sound to go play with the little one,” posted an individual with a laughing emoticon. Another shared, “This doggo has better skills than I have.” “This is precious!” wrote a third with a heart emoticon. “My dog does this every time I’m on the phone,” commented a fifth.

Can you do pull-ups like this cute cat? Watch video to find out