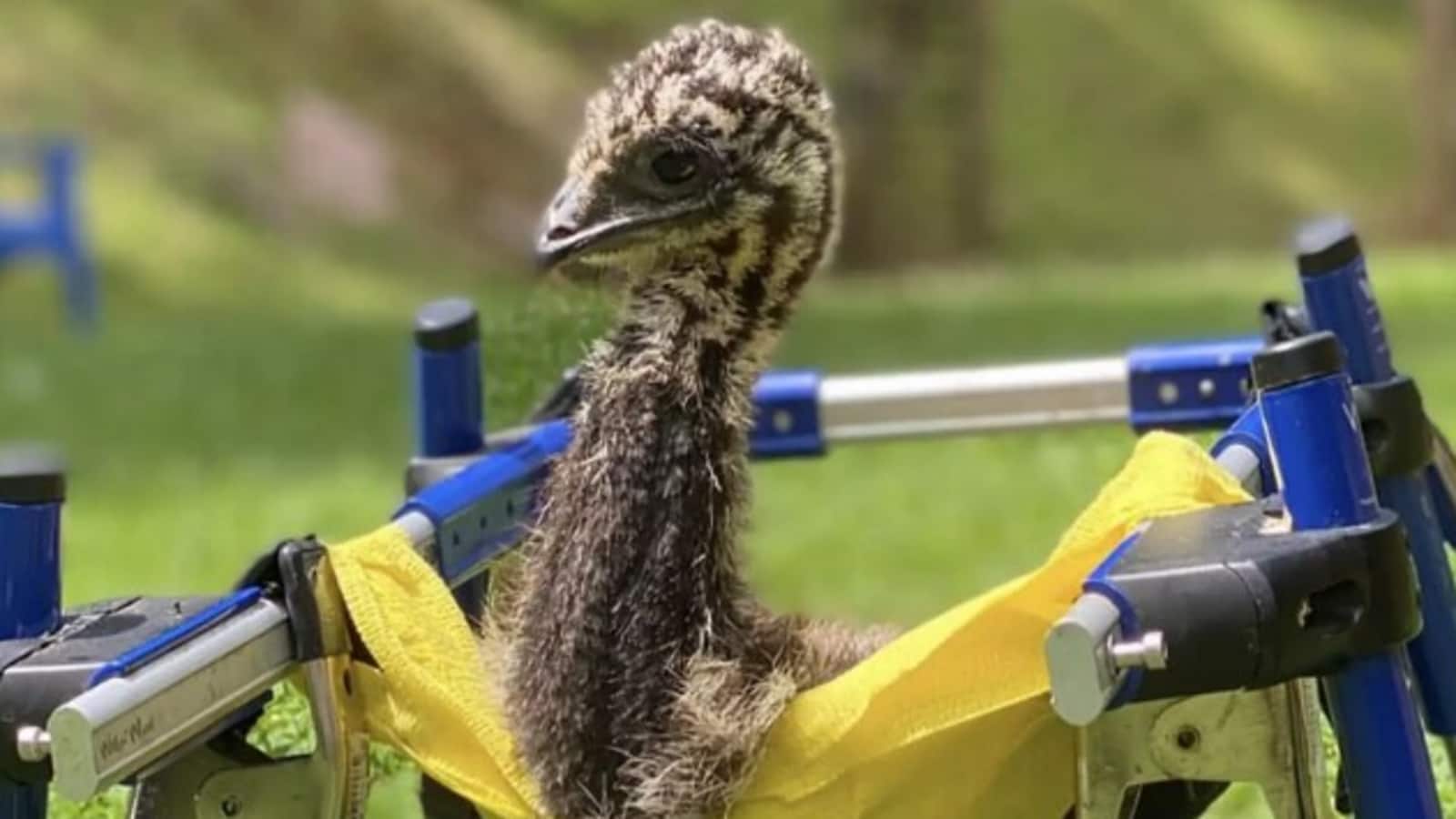 Stories of rescue and rehabilitation of birds and animals are always quite a hit on the Internet. Just like this one baby emu bird who has learnt not only to walk, but also to run – all thanks to a special animal clinic. According to a report by People.com, this adorable two-month-old emu was saved from a farm in Wisconsin, where it was found living in a tote bag with a slipped tendon. This is what was said in a press release from pet mobility firm Walkin’ Pets.

The emu was transferred from Wisconsin to North Carolina by Rhonda Farrell, the creator of Bella View Farm Animal Sanctuary for special needs animals. In a story by ABC News 4, one gets to know this birdie was then named Lemu. After getting a wheelchair from Walkin’ Pets, a firm that specialised in animal mobility goods, Farrell said Lemu didn’t simply walk but ran! “The wheels keep him stimulated and keep him from being depressed,” Farrell explained.

Lemu is shown sprinting with the support of his new wheels in a video uploaded on Youtube by Walkin’ Pets. A part of the description to this video reads, “Lemu got himself a fully supportive wheelchair from Walkin’ Pets, to help him take his very first steps, and learn to live independently with the others at the sanctuary! However, instead of walking, he took off running! The wheelchair now allows Lemu to live a life that is suitable for him and “his special needs.

The video has received over 1,200 views ever since it was shared on YouTube on June 10.

What do you think of this baby emu? Do you wish to join him in his running adventures?

Spotify Said to Slow Down Hiring by 25 Percent

Human places yoghurt container on mat, dog picks it up and does this. Watch