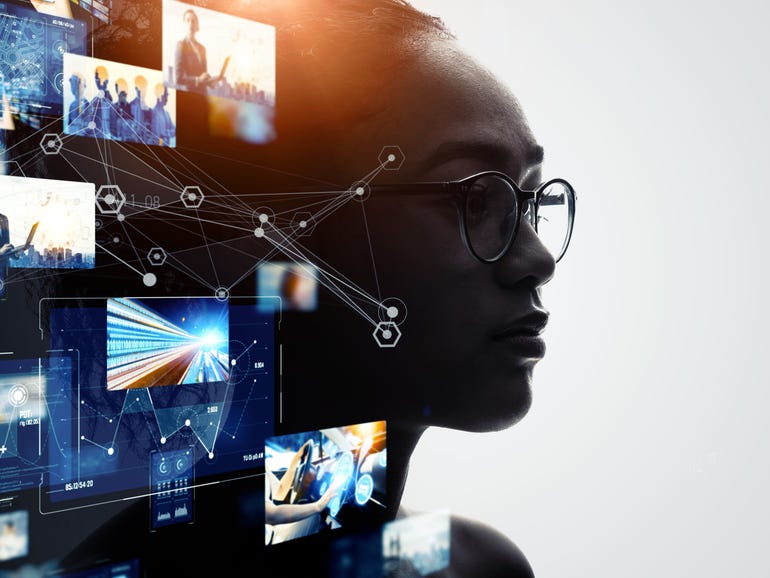 Crypto can mean different things to different people. For Alex Svanevik and Nansen, it means mostly smart contracts, DeFi and DAOs, with some NFTs thrown in for good measure.

Nansen is a blockchain analytics platform that analyzes 100M+ labeled wallets and their activity on Ethereum, Polygon, Avalanche, and many other Level 1 and Level 2 blockchains. Today, Nansen released its first State of the Crypto Industry Report, covering notable trends and insights across the cryptocurrency, NFT, and DeFi markets over 2021.

We caught up with Nansen Co-Founder and CEO Alex Svanevik to discuss the report’s findings, highlighting statistics and movement within key sectors of the blockchain industry as well as an outlook for 2022.

Ethereum is not the only game in town

Overall, 2021 has been a good year both for crypto at large, and for Nansen. The company grew from 7 to 80 people, which means there now is enough bandwidth to embark on this type of analysis to publish findings for a report.

When asked about the sources that Nansen uses to correlate with blockchain transactions, Svanevik said that it’s mostly domain knowledge applied by analysts internally. Transactions and addresses on blockchains are anonymous, but people with domain knowledge and access to historical data may be able to establish patterns and derive heuristics, which is what Nansen does.

One thing which is immediately notable about Nansen’s report is the blockchains it includes. Besides Ethereum, which is an obvious choice, the analysis includes Avalanche, Binance Smart Chain (BSC), Celo, Fantom, and Polygon. Admittedly, there are some big names missing, with the most obvious one being Bitcoin.

As Svanevik explained, Nansen focuses on blockchains supporting smart contracts. More specifically, blockchains compatible with the Ethereum Virtual Machine (EVM). EVM is the software platform developers can use to create decentralized applications (dApps). This virtual machine is where all Ethereum accounts and smart contracts live.

This choice was made for a number of reasons. Some of them are practical, as focusing on the EVM enables Nansen to track transactions seamlessly across blockchains that leverage it. The underlying principle here is that smart contracts are the most interesting part of blockchains. Nansen will also include non-EVM compatible blockchains in its analysis on a customer-demand basis, starting with Solana and Terra.

The key theme that emerges is that Ethereum is no longer the only smart contract blockchain platform with real usage, as crypto decidedly went multi-chain in 2021. Ethereum, however, still remains the biggest blockchain by TVL (Total Value Locked) and Market Cap.

The report notes that since the boom during DeFi summer 2020, high gas prices on Ethereum have been fluctuating due to congestion on the base layer. This gives rise to opportunities for L1 and L2 solutions to flourish as the much needed scalable solution. Contract deployment has also remained rather low recently due to cheaper alternatives in other blockchains, with EVM compatibility enabling interoperability.

Avalanche saw a meteoric rise in transactions and price, triggered by a $180M incentive program, $230M raise from notable VCs as well as the multiple launches of quality applications on the chain.

BSC daily active addresses are the highest among all L1s. At its peak in late Nov 2021, the daily transactions on BSC was 1,345% of Ethereum’s. Transaction activity on Celo has gone up over 4x since June; its TVL reached $1.2B in late Oct.

Daily active addresses on Fantom increased 440%, TVL went from ~$1B to over $6B. Polygon has about 300% more transactions than Ethereum, but its daily gas paid in USD is often less than 0.5% of Ethereum’s.

“If you have made a smart contract, which allows people to perhaps borrow, borrow and lend capital, I can build a derivatives platform that makes use of your smart contract as one of the building blocks. I don’t have to build that out myself. and I don’t have to ask you for permission to use it. That means you can almost get an exponential increase in innovation as people put these money-Lego blocks together”, Svanevik said.

The third point Svanevik highlighted is transparency, compared to FinTech products built on traditional finance infrastructure. In that scenario, you don’t really know if that business is solvent, and you need to rely on reports. With smart contracts, you can always inspect their state.

That is, assuming that the smart contract has published the code behind it, which Svanevik said is often a prerequisite for people to actually use it in the first place, because they want to know what they’re interacting with. Then people can know exactly how a smart contract functions, and they can audit it in real time.

Of course, that assumes people can actually read smart contracts, which is probably not the case for most. This is why there are specialized smart contract auditors, whose business is thriving — there is more demand than supply. Ironically, that creates another centralization point in theoretically decentalized blockchain applications.

Nevertheless, Svanevik noted, many smart contract bugs and inefficiencies go unnoticed. Part of it has to do with the maturity of the technology and the contracts themselves. As the domain matures, we can expect more stability. At the moment, people need to understand there is high risk involved with putting money into smart contracts.

Over time, Svanevik thinks we can expect to see something like a Lindy effect play out, where if something has lasted for a long time, it’s more likely to not break tomorrow. So it would make sense to go beyond TVL when evaluating products built on smart contracts, factoring in the time for which a smart contract existed, and how much capital has actually held.

This brings us to DeFi (Decentralized Finance), which is built on smart contracts. After the meteoric rise of DeFi in 2020, the momentum continued into 2021. DeFi has not grown about 1,120% in terms of TVL, but it also grew in terms of stickiness due to the maturity of stablecoins as well as the reliability of battle-tested dApps, Nansen’s report states.

When discussing with Svanevik, however, he noted that TVL is not necessarily the one metric to rule them all when it comes to DeFi. In fact, there are DeFi protocols, such as Uniswap v3, specifically designed to have a low TVL. The number of contract deployments and gas prices are also good indicators that Nansen tracks.

Nansen’s report states that while institutions have shown significant interest in investing in cryptocurrencies and DeFi markets in 2021, there are still major obstacles preventing further institutional adoption. For instance, investment mandates often limit participation from traditional finance institutions, as
their investments must meet certain criteria, all of which are based on traditional financial instruments.

We were wondering how exactly is institutional involvement in DeFi defined and measured. Svanevik noted it’s hard to measure exactly what’s institutional and what’s individuals with large amounts of capital. He also mentioned that Nansen monitors a lot of funds in the space – be it VC funds, market-makers, hedge funds and so on.

Many of them, he went on to add, are highly active, listed among the top addresses in volume on Ethereum and other blockchains. Plus, anecdotally, Svanevik sees a lot of interest from people from traditional venture firms coming to Nansen to learn more about the space, as “they have been won over, they realized that crypto is the future and they want to understand it better”.

Nansen’s report includes 3 DeFi products: Uniswap, Lido, and Aave. Uniswap is the most popular application on Ethereum, and it’s quite impressive how dominant Uniswap is in terms of transactional activity on Ethereum, Svanevik noted.

We also have Aave, which Svanevik described as a “quintessential DeFi use case”: you can effectively put money into Ethereum, and then you can borrow money against it, or you can earn interest on your capital.

Then there is Lido, which Svanevik described as “a decentralized staking pool for the Ethereum”. In other words, a way to earn yields on your Ethereum, without having to running a validator on Ethereum, while maintaining liquidity. Lido has grown to become the dominant provider of Ethereum into the Ethereum ecosystem.

Last but not least, Nansen’s report also includes DAOs – Decentralized Autonomous Organizations. Svanevik said there are a few good reasons to keep track of those. First of all, they are quite powerful these days in the sense that they manage a lot of capital. Second of all, it’s the de facto way to organize protocols treasuries and to manage their roadmap:

“If you have a decentralized application, there can’t really be a centralized entity, a sort of legal entity behind that. There should be some decentralized organization that governs parameters of how the application works.

And these projects might also have a treasury from having raised capital or from accruing revenues from usage. And so you need to have some form of organization that manages the treasury and manages the parameters of these protocols. There’s a natural need for DAOs”, Svanevik said.

As DeFi protocols are proliferating, the need for DAOs is also growing. Furthermore, DAOs are also used in other areas such as NFTs. Most people want transparency when it comes to organizations and that’s not unique to DAOs, Svanevik thinks.

It’s the same with corporations and governments. If DAOs are to reach their full potential, they will need to have maximum transparency, Svavevik noted. That’s one of the reasons why Nansen included DAOs in the report, even though there are more aspects that could be covered.

The thing about DAOs, Svanevik noted, is that they are not homogeneous. As they represent various forms of governance, they can vary wildly. That makes it also hard to find one set of metrics that matter for all of them. Assets under management, or trading volume of tokens could be some candidates.

As per the report, some key drivers of the value in a DAO are effective incentive mechanisms in place, high voter participation rate, and consistent delivery of projects. Probably the highest-profile DAO at this point is the ConstitutionDAO, formed in November 2021 to purchase an original copy of the United States Constitution. They raised $47 million in Ether from over 17,000 participants.

5G Rollout in India: Which Indian cities will get 5G services in the first phase- Technology News, Firstpost