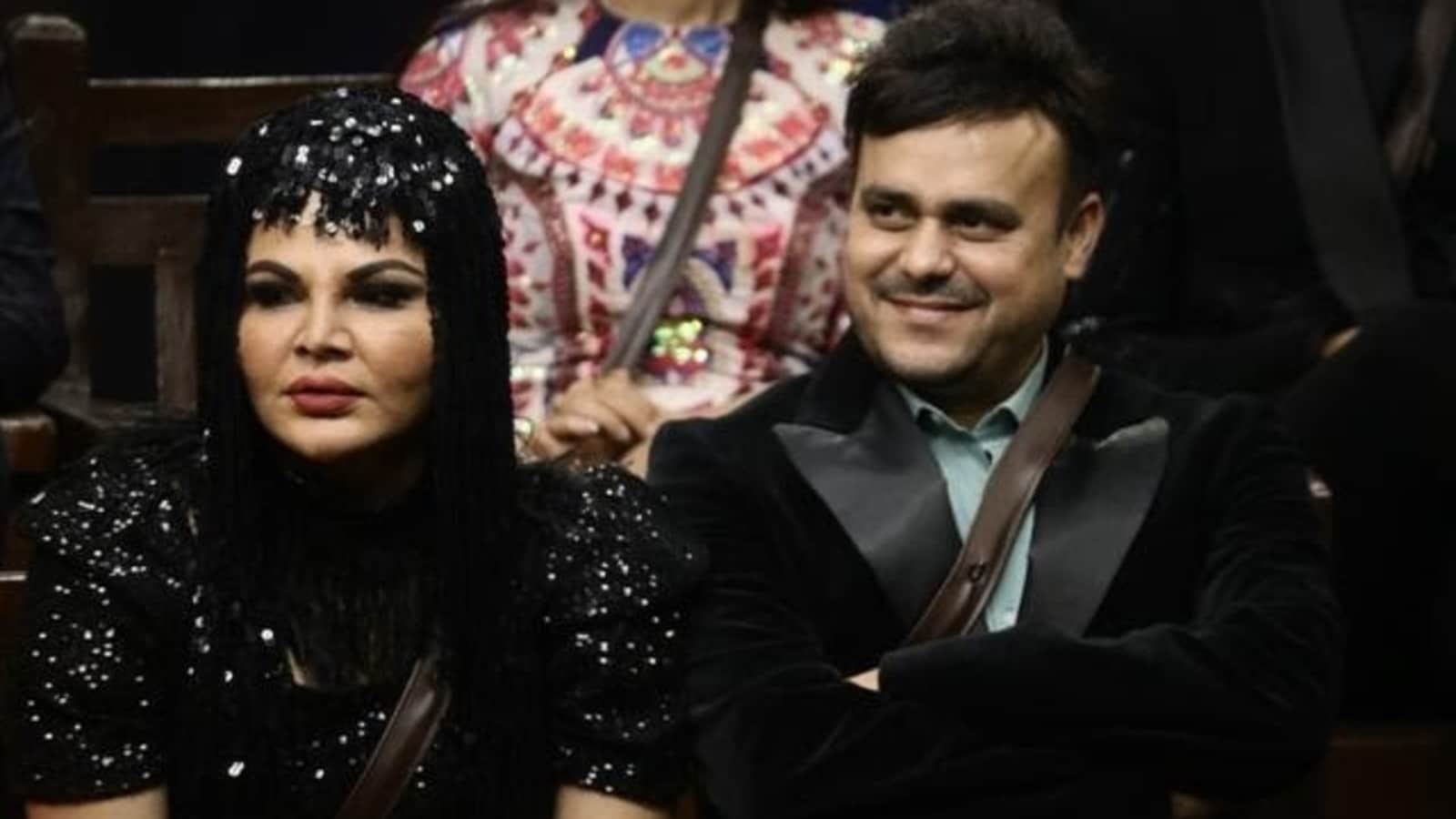 Rakhi Sawant, who introduced her ‘husband’ Ritesh Singh on Bigg Boss 15, said that she was called a liar when she came on the previous season of the show and told everyone that she is married. On Monday’s episode, she said, “Mujhse nahi bardaasht hua. Mere pati bhi roye, unke mummy-daddy, meri maa bhi royi (I could not tolerate it. My husband, my in-laws and my mother cried. I broke down too).”

Seeing Rakhi’s emotional state, Ritesh offered to fly down to India and host a small wedding reception, where she could invite her friends, but she asked him to come on Bigg Boss 15 instead. She said that the reach of the show is such that by now, even ‘aliens’ know that she is married.

Talking about her wedding, Rakhi got emotional and said, with tears streaming down her face, “Logon ki baaraat aati hai, mehendi lagti hai, phere lagte hai. Mera aisa kuch bhi nahi hua. Mere liye kisi ne ladka bhi nahi dekha, kuch nahi hua, lekin maine bandh kamre mein ek shaadi kar li (People get married with a lot of fanfare but I did not. No one even looked for a groom for me. I got married in a locked room).”

Rakhi said that she was astounded when she looked at Ritesh’s huge bank balance and the number of zeros on his pass book. She then directly addressed him and said that she would not be able to be with him unless he legally married her.

“Mujhpe daya mat karo. Main ek achchi insaan hoon. Agar aapko lagta hai ki main aapke pyaar ki kaabil hoon, mujhe daya nahi chahiye, mujhe zindagi bhar sab chahiye. Jo haq hai, woh pramaan patra mujhe laa ke do, toh main aapke saath zaroor nibhana chahungi (Don’t take pity on me. I am a good human being. If you think I am worthy of your love, I don’t want pity, I want everything that a wife gets. Give me a marriage certificate, which is my right, and I will definitely stay with you),” she tearfully said.

“Agar woh pramaan patra nahi laoge, toh mujhe nahi lagta main aapke saath ghar nibha paungi, phir toh hume alag hona hoga (If you are unable to give me a marriage certificate, I don’t think we can be together, we will have to separate),” she added.

Also see: Ritesh Singh admits Rakhi Sawant is not legally his wife, reveals he is still married to Snigdha Priya

Rakhi described herself as ‘legally unmarried’ and said that she no longer has the strength to bear the repercussions of it.

Previously, in an interview with Hindustan Times, Ritesh said that his estranged wife Snigdha Priya is not ready to sign the divorce papers and claimed that she ‘extorted’ huge sums from him. He also admitted that Rakhi is not legally his wife. “Hum logon ne ishwar ko sakshi maan ke ek doosre ko pati patni sweekar kiya hai (With God as our witness, we accepted each other as husband and wife),” he said, adding that their marriage is not registered.

Manav Vij says he acts badly at times but people still praise him: ‘I keep mum because what can I say’