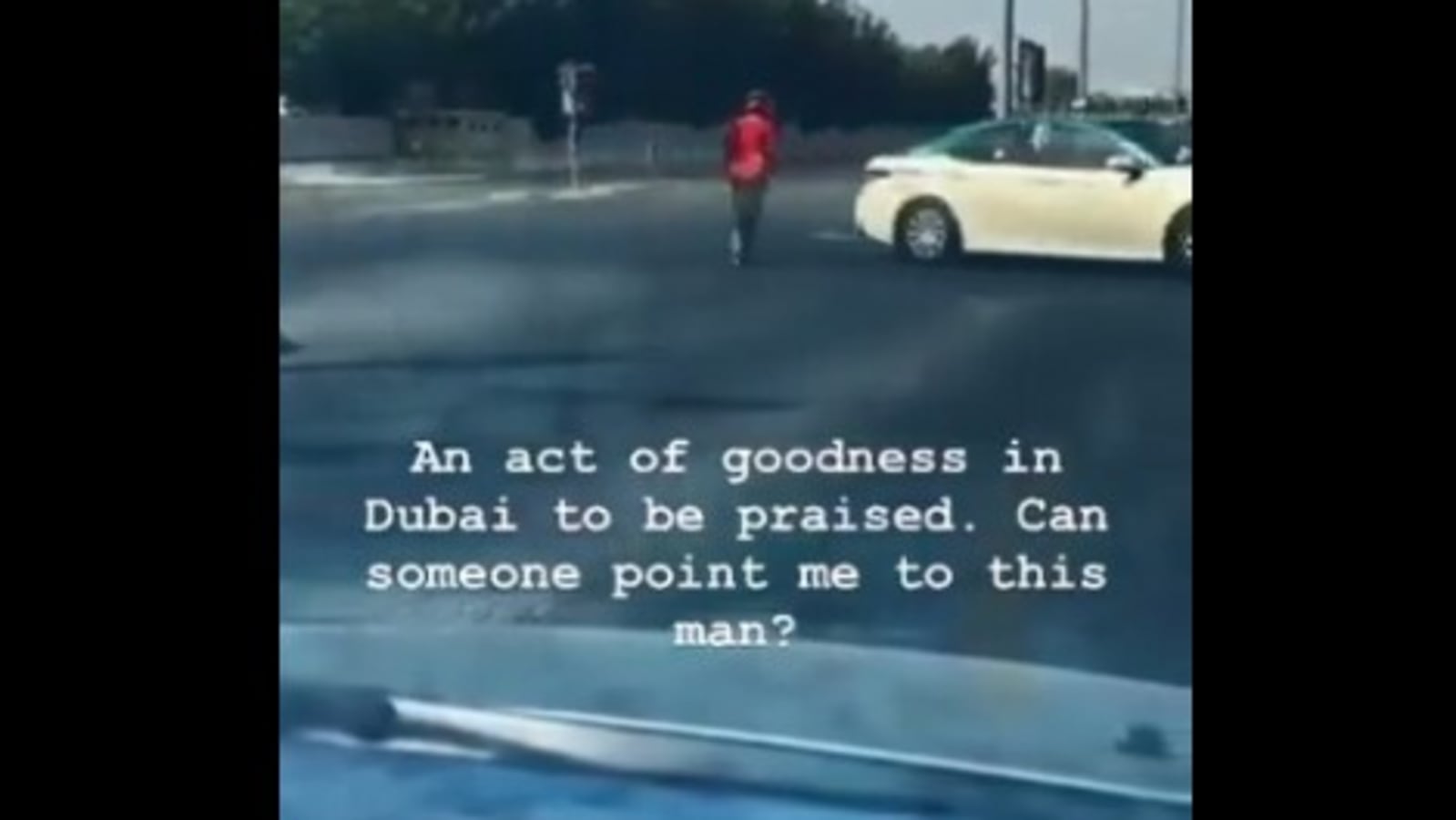 “An act of goodness in Dubai to be praised. Can someone point me to this man?” he wrote while sharing the video. The clip opens with a text that is the same as his caption. The clip shows a man wearing a helmet standing on the side of a busy road. As the traffic momentarily slows down, he runs towards the middle of the road to remove two blocks. The video then shows him returning to his delivery vehicle and driving away.

The man is identified as Abdul Ghafoor and according to Khaleej Times he removed two heavy concrete blocks. “I saw the blocks but didn’t really think much of it. As I waited, a taxi went over the block and the driver almost lost control of his car. That is when I realised that it could cause a major accident,” Ghafoor told Khaleej Times. “To be honest, I didn’t think I was doing anything special. I was just making sure no one would get hurt. If God forbid, one of our riders hit it, it could even cause death. That is why I acted quickly,” he added.

The video was posted on July 31. Since being posted, the clip has accumulated more than 2.6 lakh views and the numbers are only increasing. The post has also gathered more than 12,000 likes. The share has also prompted people to post various comments.

“Let’s help find this superhero,” posted a Twitter user. “It’s a man with knowledge that respects the road to be cleared thank sir good job,” wrote another. “Great,” expressed a third.