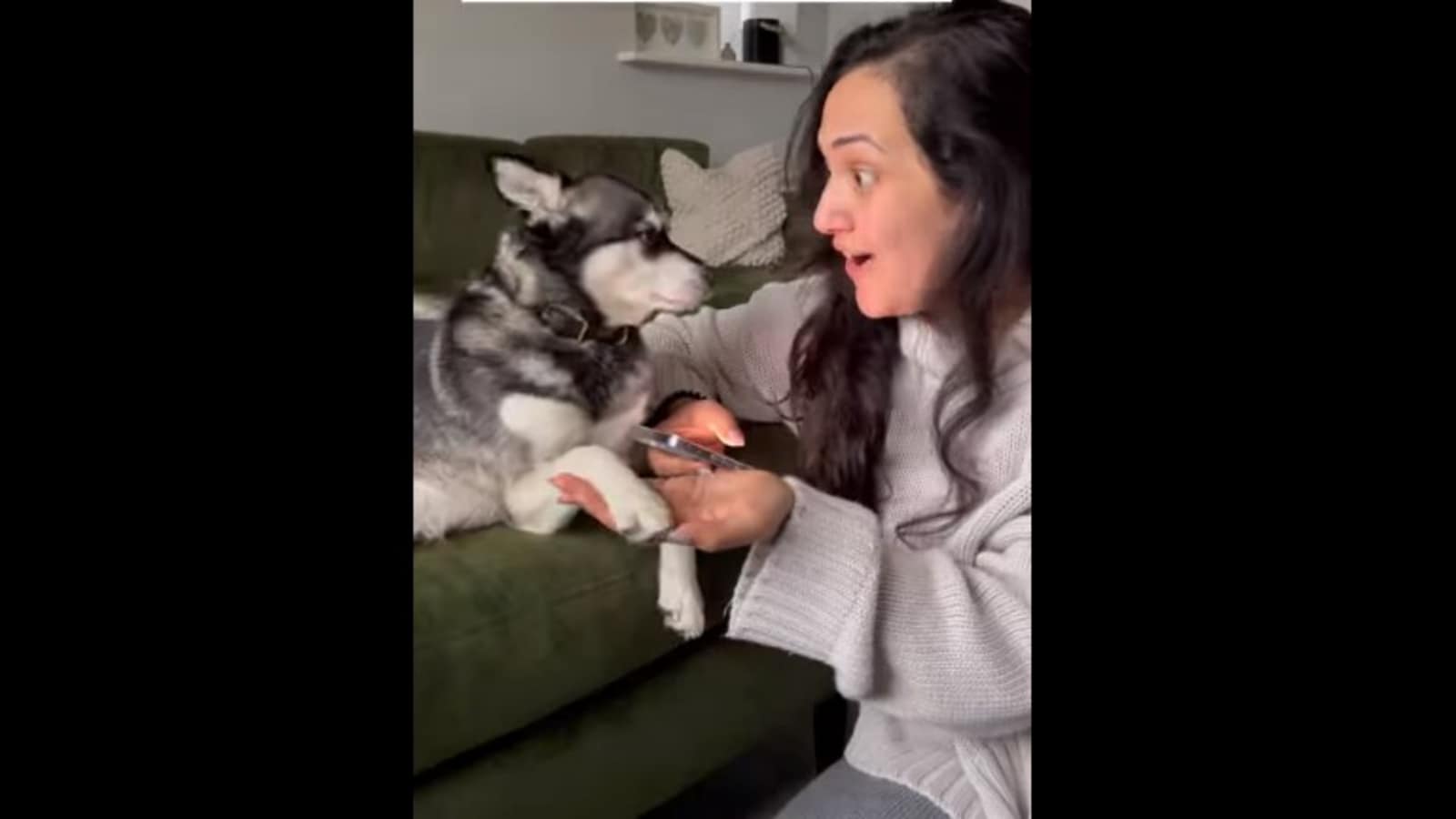 These videos that were posted on Instagram, show how a couple tries a dog translator app in order to be able to communicate to their dogs and their reactions are quite funny.

The videos on the Internet that show how pet doggos and humans bond with each other in a very special yet hilarious way, are always quite a fun watch. These are the videos that show the cute relationship between the dogs and their humans in a short amount of time that is quite enjoyable for netizens. These videos are quite similar and were posted on Instagram on the page dedicated to these cute little huskies named Skye and Copper.

In the first Instagram Reels video, one can see how a woman can be seen talking to the dog named Skye. She first speaks into the dog translation app which records what she said before she taps on another option. This option makes sure to, in some way, ‘translate’ what she is saying into doggo language. She asks the dog to give her paw into her hand and extends it until the translation app is done speaking. By the end of the video, one can see that the dog simply put its paw into the woman’s hand and she is quite overjoyed.

The video was posted on February 19 and has gone all kinds of viral as it has gathered more than 1.3 million views and counting. It has also received various comments from dog lovers on the app like, “The elegance! Haha!” Another comment reads, “Skye: She is a little confused but she got the spirit, here you go.”

The next video that was posted on this Instagram page shows how the other dog behaves when the man, or this woman’s husband, does the same. He asks the other dog named Copper to stay quiet for a bit but the dog seems to respond to him in the negative! The dog keeps adorably barking till the end of the video and the man can barely contain his laughter as a result of this. The caption of the dog video reads, “No one tells Copper to be quiet.”

What are your thoughts on these videos?

‘You have a heart of gold’: Dhanashree Verma’s post for hubby Yuzvendra Chahal is all about love. Watch