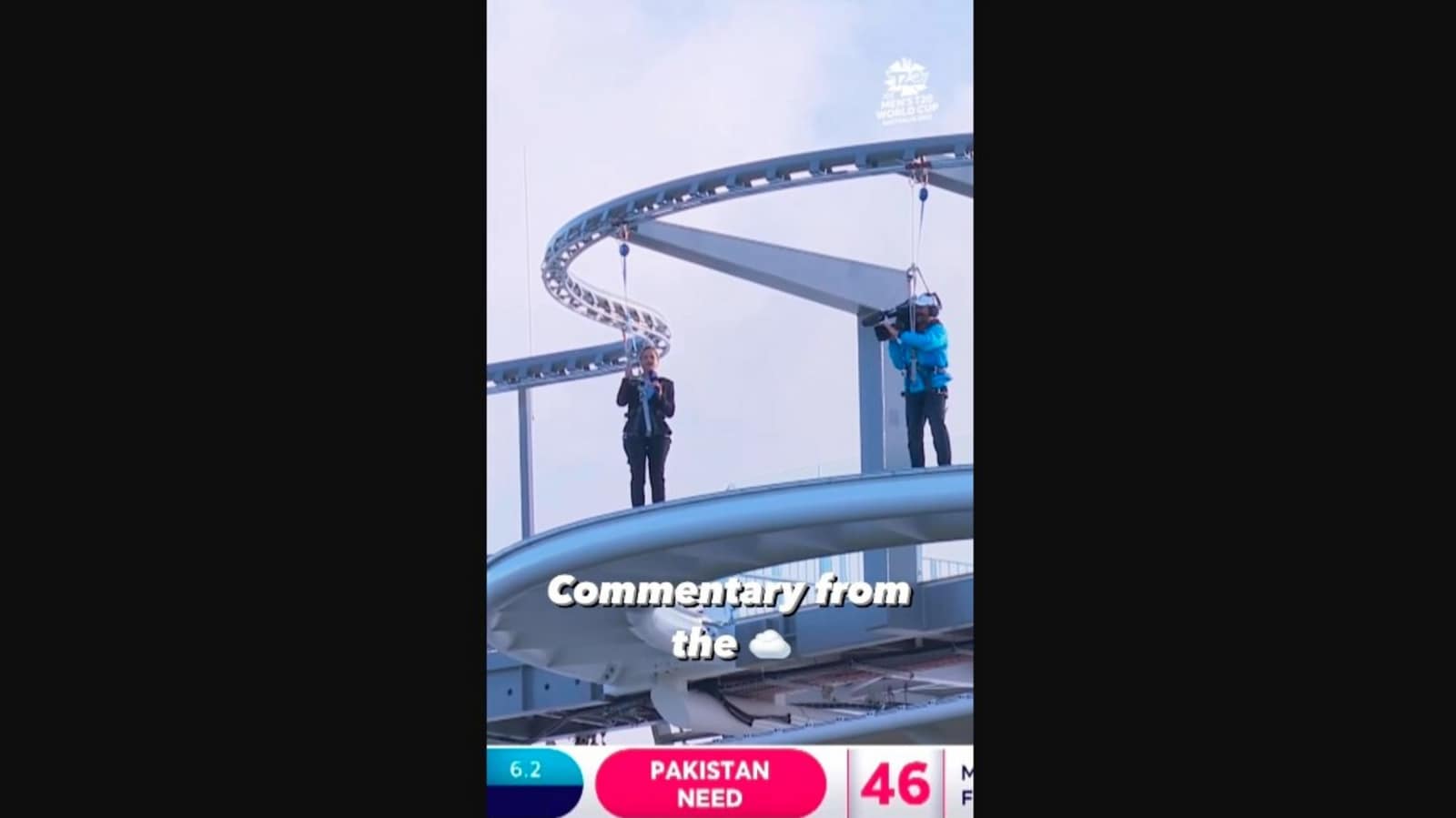 The ongoing ICC T20 World Cup 2022 is filled with amazing and intense moments related to the game. However, the performances of the players or the outcome of the matches are not the only things that are making headlines from the event. In a recent video, a commentator stole the limelight after she climbed atop the Optus Stadium in Australia during the Pakistan vs Netherlands match to deliver her commentary.

The now-viral video, shared on both the official Instagram pages of ICC and T20 World Cup, shows sports commentator Natalie Germanos. The video captures her standing atop the stadium wearing a safety harness and explaining how the stadium looks amazing. In the video, she also explains more about her amazing experience.

“The best seat to watch a cricket match from?,” reads the caption posted along with the video. Take a look:

The video, since being shared some 21 hours ago, has accumulated over three million views and the numbers are only increasing. The amazing share has also prompted people to post various comments.

“Unbelievable. Commentary. Ever,” expressed an Instagram user. “Indeed a great adventure and commentary,” shared another. “Wow, in the sky,” commented a third. “It’s really amazing,” wrote a fourth.