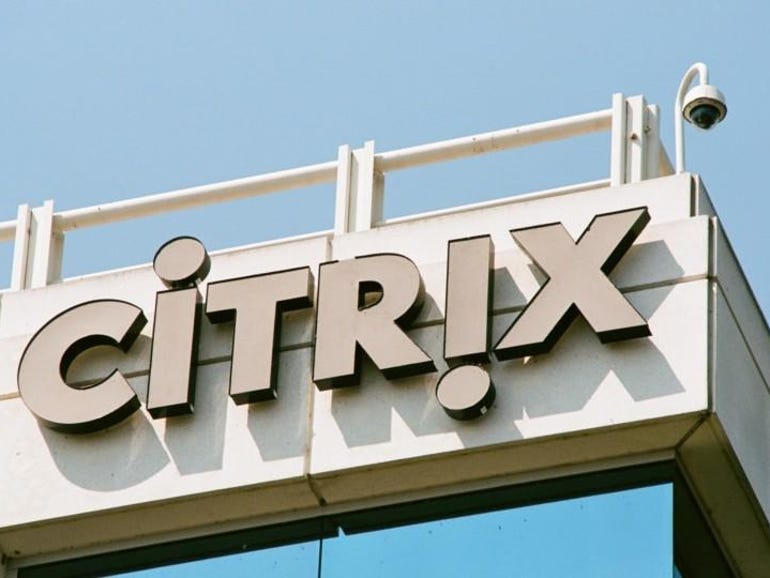 If you’re like many of us, you might have first wondered, “another acquisition by Citrix!?” The perennial desktop and app virtualization provider has been on an acquisition tear over the past few years, having bought Sapho in 2018 and Wrike in 2020, to expand its portfolio beyond its traditional virtual desktop infrastructure (VDI) and software-defined WAN (SD-WAN) heritage. This time, however, the story is different. On Monday morning, Citrix announced that two private equity firms, Elliott Investment Management LP and Vista Equity Partners, had reached an agreement to acquire the Fort Lauderdale-based company for a combined total of $16.5 billion.

The acquisition will resolve Citrix of its outstanding debt and take the company private, which should help the company double down on its innovation efforts and break free of the market perception that it solely offers desktop and app virtualization.

While private equity acquisition can often mean the beginning of the end for large incumbent software providers (like Citrix), this acquisition feels more positive than most. After all, Elliott often plays the role of an activist investor. They were instrumental in encouraging EMC to spin out VMware and ultimately led to Dell’s acquisition of EMC, which has proven enormously successful for Dell overall. Although we wouldn’t be surprised to see Citrix spin one of the many companies it’s acquired over the past 20 years, Elliott will help it streamline its pricing and packaging, which has a reputation for complexity among many enterprise customers.

Significantly, the purchase means that Citrix will join forces with Tibco, an enterprise data management company that’s part of the Vista portfolio. This will increase Citrix’s customer base substantially (up to 400,000) and will enable existing Citrix customers to better understand the value of their existing Citrix investments. As a data analytics platform that focuses on modeling and predicting business outcomes, it’s feasible to see how the combination of Tibco could enable existing Citrix desktop-as-a-service (DaaS) customers to better visualize the cost and impact of moving to cloud-based desktop virtualization, as an example. According to our research, the penetration of enterprise business intelligence applications has been hovering at about 20% for the past decade. There are multiple ways to increase the adoption, but one of the techniques is to embed analytics or data-driven signals in digital workspaces (which is what Citrix provides), where these decision-makers “live” during their office hours, so there’s also benefit for Tibco.

Others have pointed out that Vista primarily favors cost-cutting measures such as closing expensive headquarters and relocating offices to less expensive locations, and we do expect this to have an impact on Citrix’s sizeable real estate portfolio. The good news is that Citrix has long embraced hybrid work, so the impact of closing locations should have minimal impact on employee retention.

While the acquisition is certainly big news, it’s hardly surprising given the last few years at Citrix. Citrix acquisition rumors have been floating around for years. The rumors recirculated in fall 2021 with the departure of CEO David Henshall, who was replaced by interim CEO Bob Calderoni, a longtime board member with a CFO background and previous experience selling Ariba to SAP in 2012. Sadly, a round of layoffs in late 2021 led to more suspicions of a possible acquisition.

While the company reported 5% revenue growth year over year, its overall performance has been up and down over the past few years, especially when compared with its larger competitor: VMware. The growth of hyperscale cloud providers in the desktop virtualization space also means that Citrix must consistently show how its technology both integrates and is superior to newer DaaS offerings like Amazon WorkSpaces and Azure Virtual Desktop (AVD) — a tall order indeed. Finally, like many traditional software companies, Citrix is on a mighty journey to transition its legacy on-premises customers using perpetual licenses over to its cloud-based subscription services. Both private equity firms have experience in this transition, so it should help Citrix accelerate its progress toward this goal so long as both private equities actively invest in helping Citrix innovate.

What Does It Mean For The Average Citrix Customer? Not Much…Yet

At the end of the day, private equity firms acquire companies that have a predictable revenue stream — Citrix certainly qualifies. Despite pressure from many new competitors, it still has a massive install base of desktop and app virtualization across healthcare, financial services, and many other industries. Customers can rest assured that support for these services isn’t going away anytime soon, and they’re likely going to become easier to consume.

Over the next 12 months, however, keep an eye on how Citrix transforms its product portfolio and messaging. For many years now, the company has positioned itself as an employee experience technology company, and early press releases indicate that it will continue this line of thinking while also emphasizing Citrix’s continued support for hybrid work. The key is whether Elliott and Vista can finally get Citrix’s employee experience messaging beyond traditional end-user computing (EUC) buyers and expand the company’s audience. Tibco is an enormous opportunity, but only time will tell.

This post was written by Senior Analyst Andrew Hewitt and it originally appeared here.