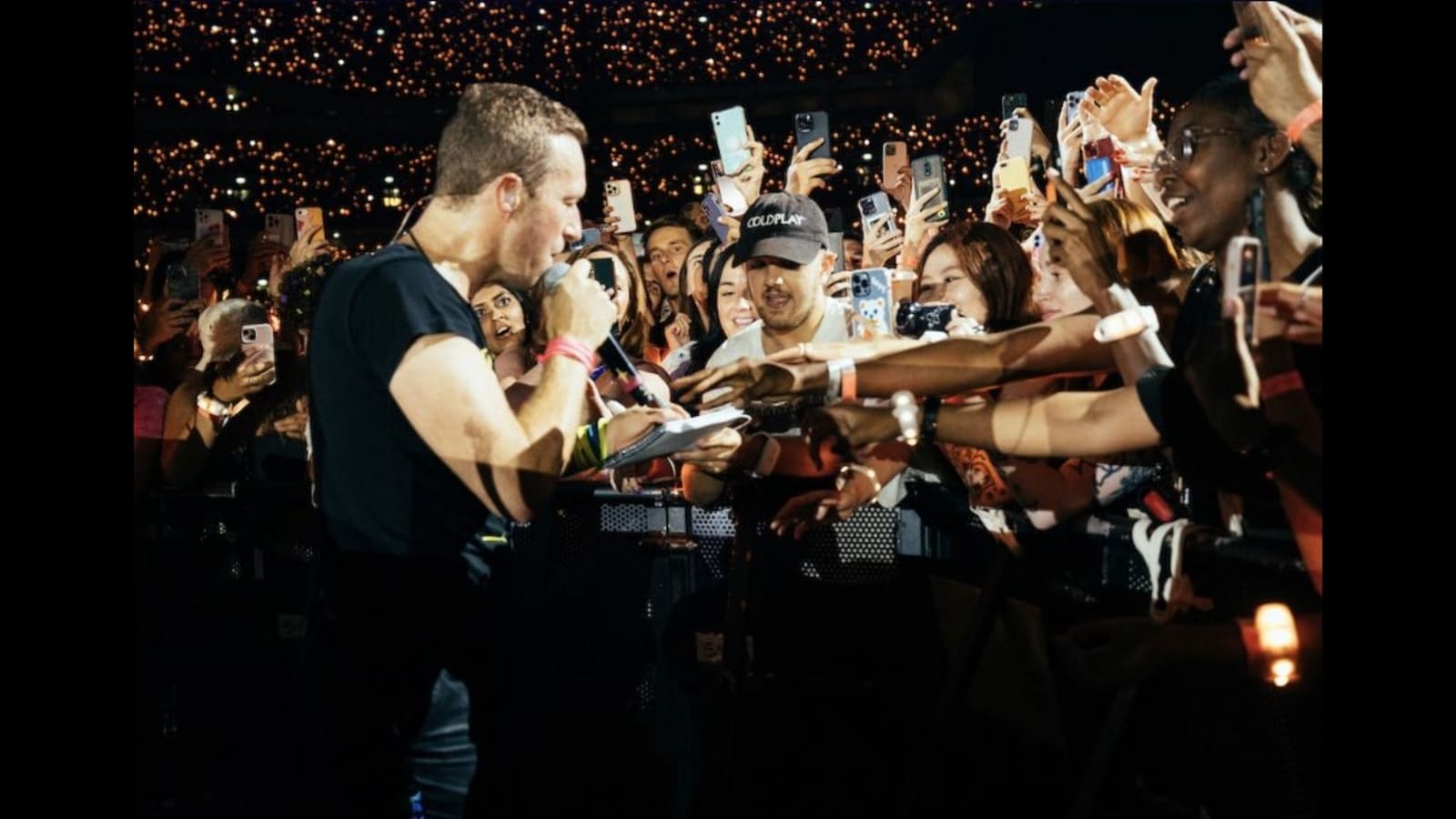 It feels fantastic to attend a concert and watch your favourite singer or band perform, but do you know what feels even greater? When they stop in the middle of a gig after noticing your sign and walk towards you to fulfil it. Agree? And this is what Coldplay’s lead singer Chris Martin did during the band’s recent gig at London’s Wembley Stadium.

The video was shared by Mattie Jolley, whose Twitter bio says that he is a fan of the Coldplay band. “So Last night still hasn’t hit. Getting Don’t Panic was great but better of all, Chris saw my sign and came down to me during Fix You to draw me a tattoo… like WHAT!!” read the caption accompanying the video.

The awe-inspiring moment happened when Chris Martin spotted a fan holding a sign that said, “Chris, design my tattoo, please.” What happened next left people in disbelief as Chris Martin went down on his knees on the stage to scribble a tattoo for the fan standing in the audience while performing the song ‘Fix You’.

So Last night still hasn’t hit. Getting Don’t Panic was great but better of all, Chris saw my sign and came down to me during Fix You to draw me a tattoo… like WHAT!!!!!! pic.twitter.com/ayw4Fz2EBC

Mattie Jolley also posted a photo of him getting the tattoo by the lead singer during Coldplay’s Wembley Stadium gig in London.

The video was shared on August 21 and has since acquired nearly 8,500 views, more than 500 likes and several retweets. The share has also received various responses from netizens.

“OMG! I would die if that happened!! I’m so jelly! Lucky lucky you!” posted an individual with varied emoticons. Another shared, “It’s the way he’s writing and singing. Can’t wait to see you get it.” “Holy Shit thats amazing! I queued, gigged and travelled back to kings cross with you on the 17! Thank you for being so lovely and helpful and being such a positive part of my first coldplay gig,” a third expressed.

Regina Cassandra: I was not missing in action, I was constantly working in south films