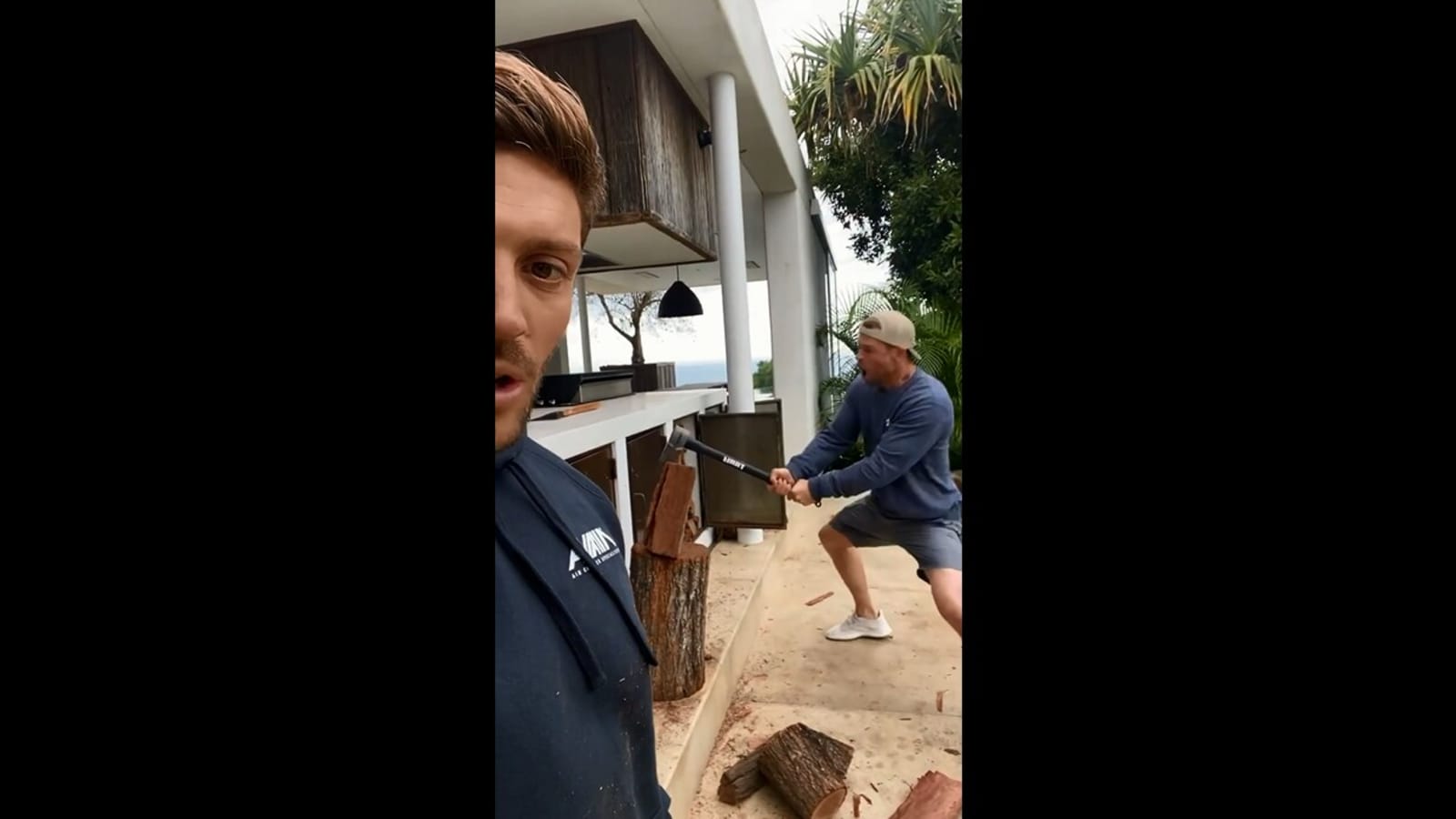 “If at first you don’t succeed try try try try again and again….,” he wrote while sharing the video. He also added a face with tears of joy emoticon and a flexed biceps emoji.

The video opens to show Hemsworth standing in front of a log of wood with an axe in his hands. Within moments, he uses it to try and chop the log. Initially, he keeps on failing but soon he succeeds. However, what he does after that may leave you chuckling.

The video has been posted nearly 14 hours ago. Since being shared, the clip has accumulated more than 2.2 million likes and the numbers are quickly increasing. The share has also prompted people to post varied comments.

“Seems like Thor is a bit rusty,” wrote an Instagram user. “No no Thor got the wrong hammer,” posted another in reply. “No, don’t talk about Thor,” expressed a third. A few also inquired about the Strombreaker – it is a weapon used by Thor, the character Chris Hemsworth plays in the Marvel Cinematic Universe.

Man asks neighbours to play in snow with him, they refuse. Then he does this