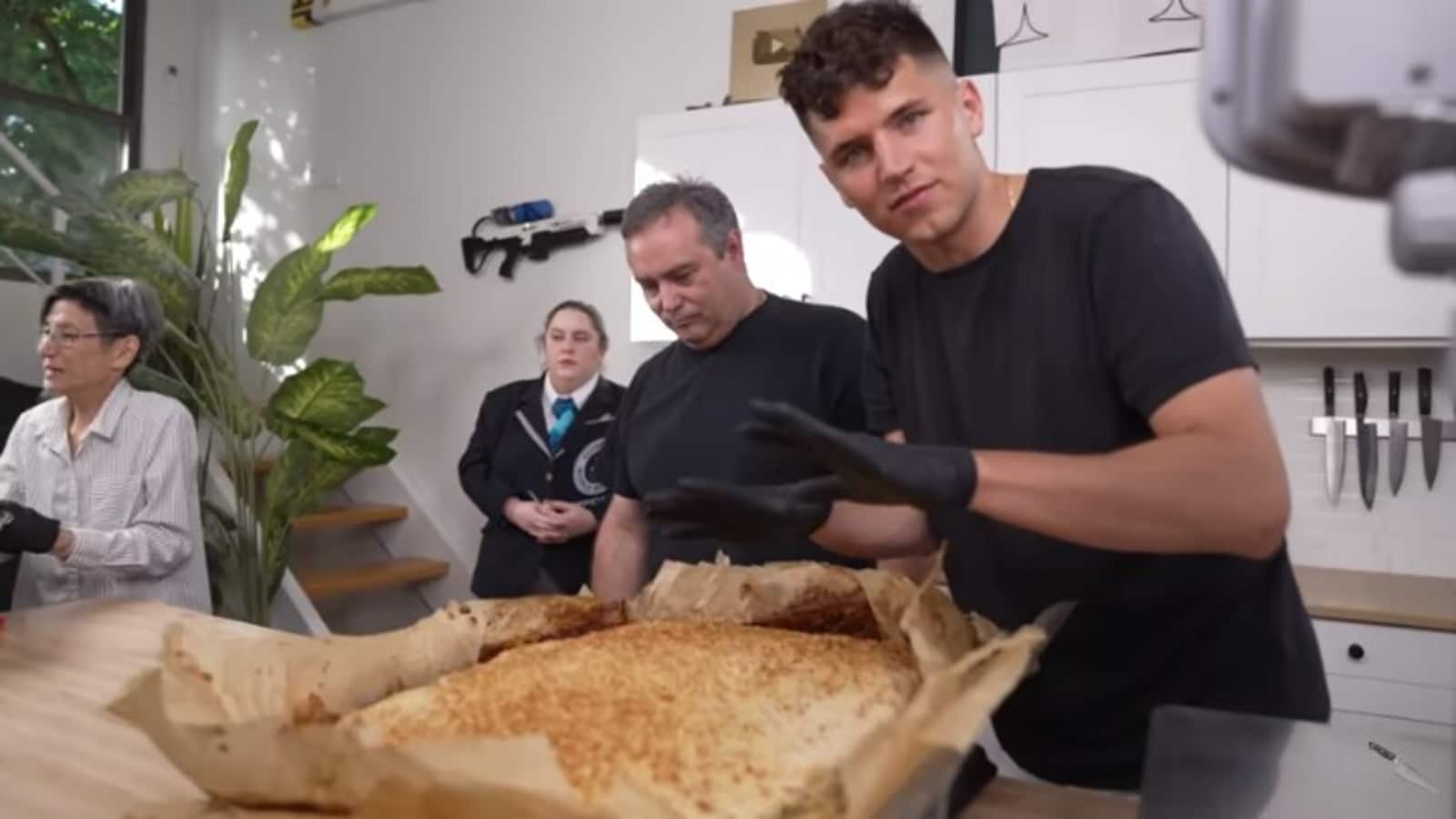 The video of the super-sized chicken nugget was posted on YouTube.

Food-related world records, especially the ones that show people cooking super-sized items often leave people stunned. If you are a regular user of the Internet, you may remember a record of world’s largest cake pop created by two chefs. Well, they are at it again and this time they bagged a Guinness World Records title after cooking a piece of chicken nugget that weights over 20 kgs. The video showing how the chefs cooked the food item has left people amazed. There is a chance that the clip will surprise you too.

Nick DiGiovanni from USA and Lynn Davis from Japan came together to create the record. The video was posted on the official YouTube channel of DiGiovanni. “We made history today. This is our second world record, and Lynja and I are proud to be the creators of the largest chicken nugget EVER,” reads the caption shared alongside the clip.

The video opens to show the duo sharing their idea of creating a huge chicken nugget. The clip then captures how they complete the incredible feat.

The video, since being posted a few days ago, has gathered more than 1.3 million views and counting. The post has also prompted people to share various comments.

“Lynja and Nick are the perfect duo to break food world records,” wrote a YouTube user. “I love how nick gives us instructions as if we are going to make this,” joked another. “I love how they give us the proportions, yeah like we’re gonna be crazy enough to make it!” posted a third. “You guys do the most crazy historical record breakings,” commented a fourth.

If you are wondering what happened to the nugget, Guinness World Records shared a blog which answers that too. “After the successful attempt, the nugget was cut up and distributed to friends, family and the filming crew for consumption,” they wrote.