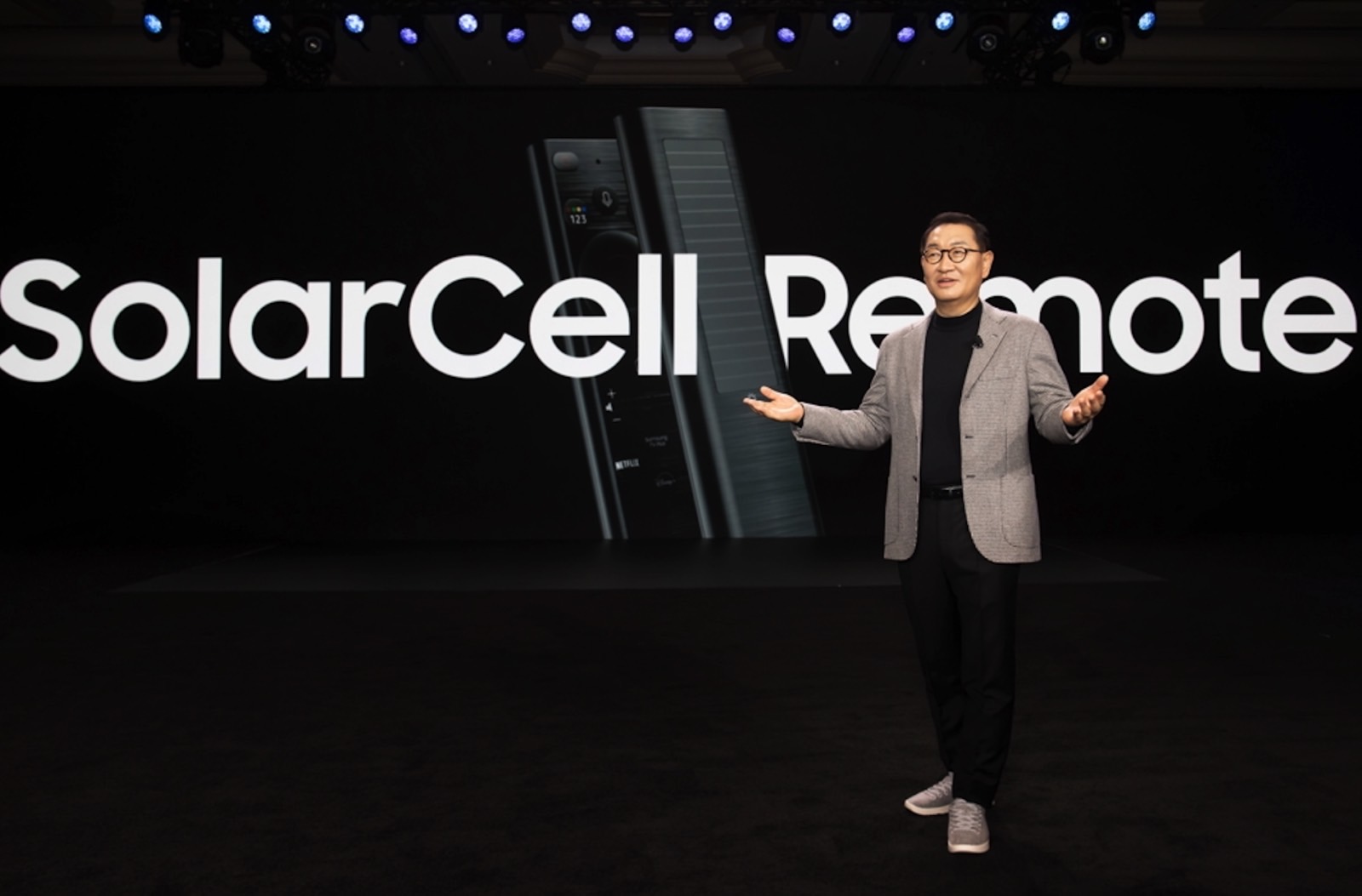 Every year, CES is packed with TV-centric announcements, and Samsung remains one of the most prominent TV makers at the show. But the Korean giant also had an unexpected surprise for those in attendance: A variation of the SolarCell Remote that comes bundled with some of its TVs. It’s an eco-friendly TV remote that uses a solar panel to recharge. The new version adds an even more exciting charging mechanism, and it could end up helping your phone, too. That’s because some of the 2022 Samsung TVs unveiled at CES will ship with a SolarCell Remote that changes via radio frequencies that devices like Wi-Fi routers emit.

Samsung’s new SolarCell TV remote looks just like the previous version, complete with a solar panel on the back. That means the 2022 SolarCell TV remote will continue to recharge by harvesting the available light, thus helping you save the environment. You won’t need to replace the batteries, as they’ll always get their juice from the sun.

But the 2022 SolarCell remote comes with new Samsung technology that lets it harvest electricity from radio waves beaming out of your Wi-Fi router as well. The device that brings internet to every internet-connected gadget at home can also recharge the SolarCell remote.

The SolarCell TV remote would keep charging over the air as you use it to control your Samsung TV.

Charging the Galaxy S22 from across the room

The Galaxy S22 series is almost here, and all three phones will support wireless charging. But that’s the same wireless charging tech that we have on every other smartphone. It requires placing the phone on a charging mat and leaving it alone until it’s done.

But what if you could recharge the Galaxy S22 from across the room while you use it, like the 2022 SolarCell TV? That’s not going to be the case, of course. We’re just daydreaming here. Also, if such a feature were in the works for the Galaxy S22, it would have already leaked.

The point is that Samsung might employ similar technology in the future to recharge phones wirelessly over longer ranges. And the 2022 SolarCell TV remote might be a step towards that future.

To get back to Samsung’s new SolarCell TV remote, we’ll have to address the big caveat here. The remote hardly uses the same amount of power as a smartphone. Therefore, it should be a lot easier to recharge it over the air from your Wi-Fi router than a phone. The power draw is very different for a device with a huge screen at the top and various other power-hungry components. That’s why recharging a smartphone wirelessly from across the room while it’s in use is a lot more complicated.