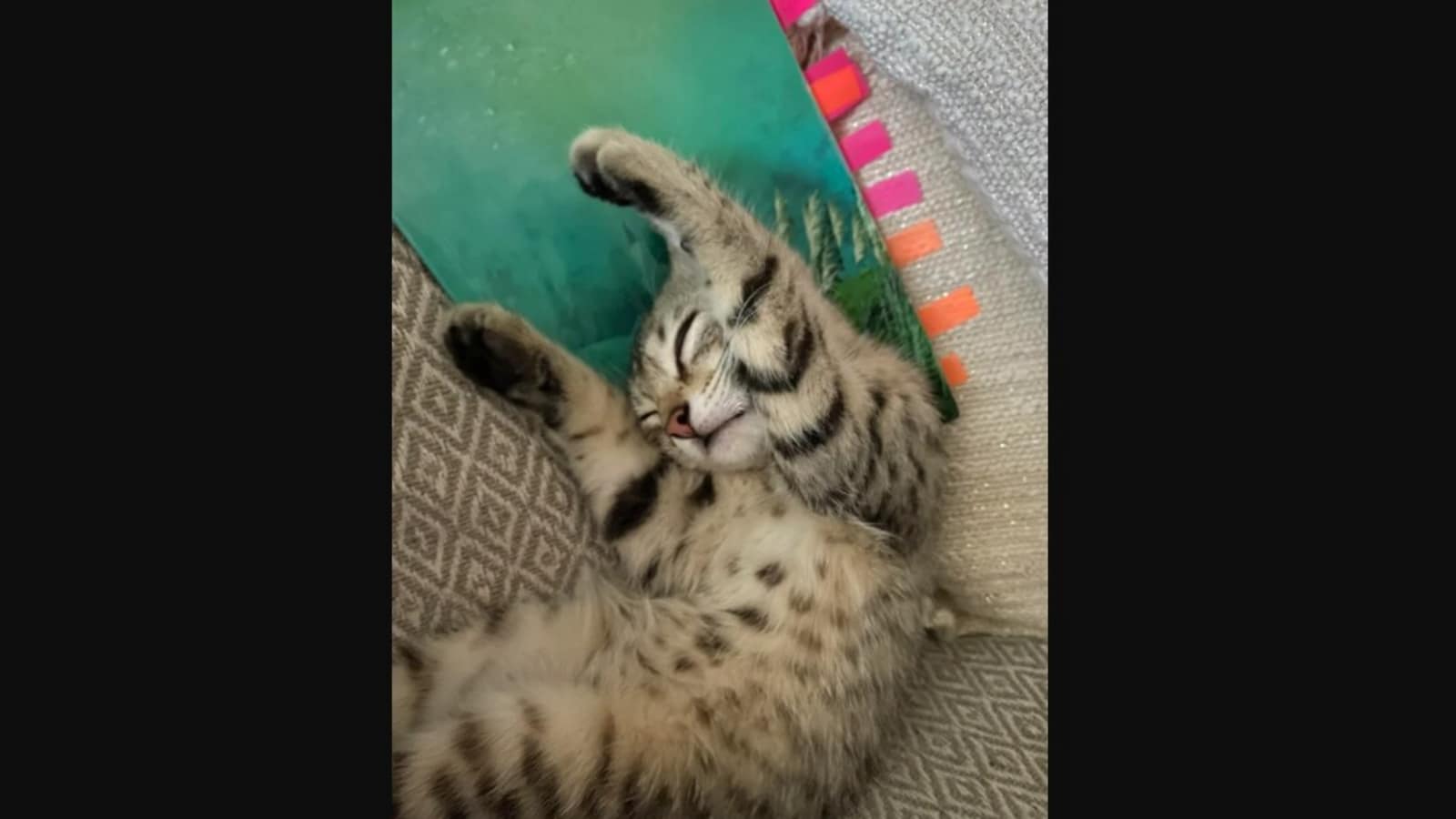 This set of cat photos posted on Reddit shows how a the feline sleeps with her paws stretched out or with her back jutting out in the most ‘ridiculously cute’ ways.

Cats and kittens are always quite interesting to observe in what they are doing and how they are choosing to do it. These cat pictures that were posted on Reddit show how oddly a cat sleeps – by either stretching her paws or curling herself into a funny position.

“My cat is absolutely ridiculous when she sleeps,” reads the caption that accompanies the 11 photos that were posted in this series. The cat is seen curled up in the funniest of positions in these photos either on the bed, the floor or on the couch.

In some photos, she is seen with her paws stretched out for no reason at all, or to cover her face from the sunlight. In one of the photos she is seen with her back jutting out as she sleeps with her face to the bed. The last photo is of the cat wide awake and looking straight into the camera while she sits in front of a house plant.

Look at these cute cat photos for yourself:

Since being shared on the subReddit r/cats around 12 hours ago, this post has raked in more than 4,000 upvotes. It has also accumulated various comments from people who love cats and kittens.

“Ridiculously cute!” commented a Redditor, in reference to the caption. “That’s not how bones work, cat!” posted another. “I see she is also a plant chomper in addition to being a sleeping contortionist,” wrote a third about the last photo. To this, the original poster replied, “Indeed! She already made three vegetal victims.”

What are your thoughts on these cat photos?

CNN+ to Debut on March 29, MSNBC to Stream Programming