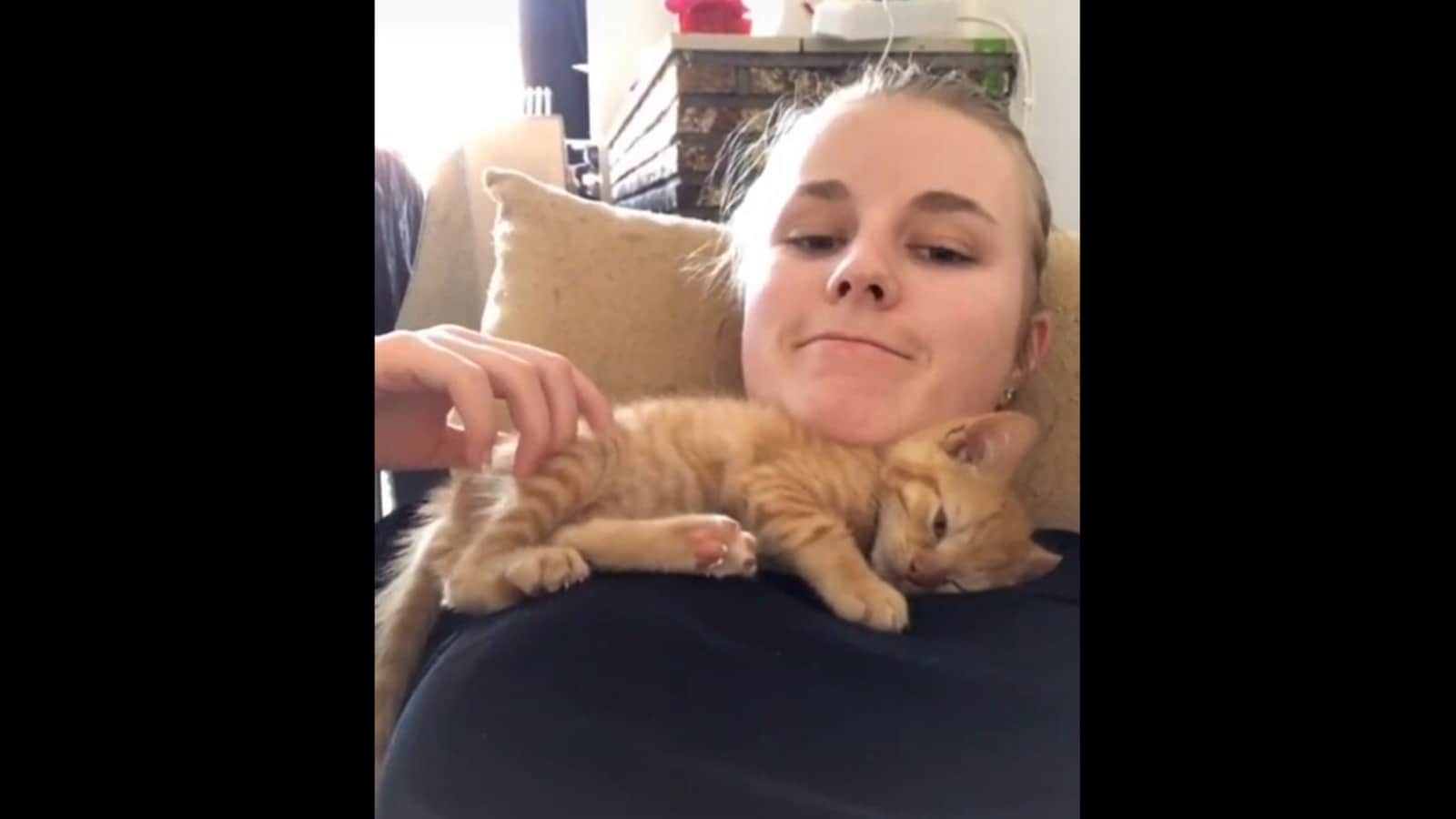 For people who have pets, be it cats or dogs, it becomes a cherished memory when these fur babies continue doing something as an adult as they did as a baby. Just like this one video that has been shared on Reddit that is quite relatable for all pet parents. This is because many pets behave similarly in adulthood as they did when they were tiny little kittens or puppies.

The caption of this video that has been shared on Reddit, explains and provides more context to what is happening in this video. It reads, “Favourite spot since he was a kitten.” The video opens to show snippets from the time when this particular cat used to be a kitten and snuggled up in a very specific way with its mom. The kitten can be seen resting on its mom’s chest, as she recorded these videos.

This cute cat video has been shared on the subReddit named r/aww and can most likely be counted as a throwback video as well. The cat continues to snuggle up in the same way as he did when he was a kitten, in the very same spot. Except that now, much without his knowledge, he is much larger and covers his mom’s face from the view.

Watch the cat video that is equal parts cute and hilarious right here:

The video has received over 64,000 upvotes on it so far. The cat video was shared on Reddit just a little more than 17 hours ago and has managed to receive several comments from people who love cats and kittens.

A Reddit user relates, “One of our cats is named Scarf for this reason.” Another individual narrates, “There was a friend’s Doberman who when it was a puppy, it would lay, curled up in my criss-crossed legs, like they were a dog bed. I hadn’t seen him for a long time. When I came over again, he was huge, but still tried to lay on my criss-crossed legs.” A third writes, “This is how my cat sleeps almost every night. I’ll tuck my foot under my other leg and make a little triangle for him to curl up in. He actually pouts around bedtime till I make him his little nest so we can cuddle and go to sleep. I absolutely love it”

What are your thoughts on this adorably sleepy kitten that is now a sleepy cat?

Samsung’s Galaxy S22 preorder deals are so good, you have to check them out