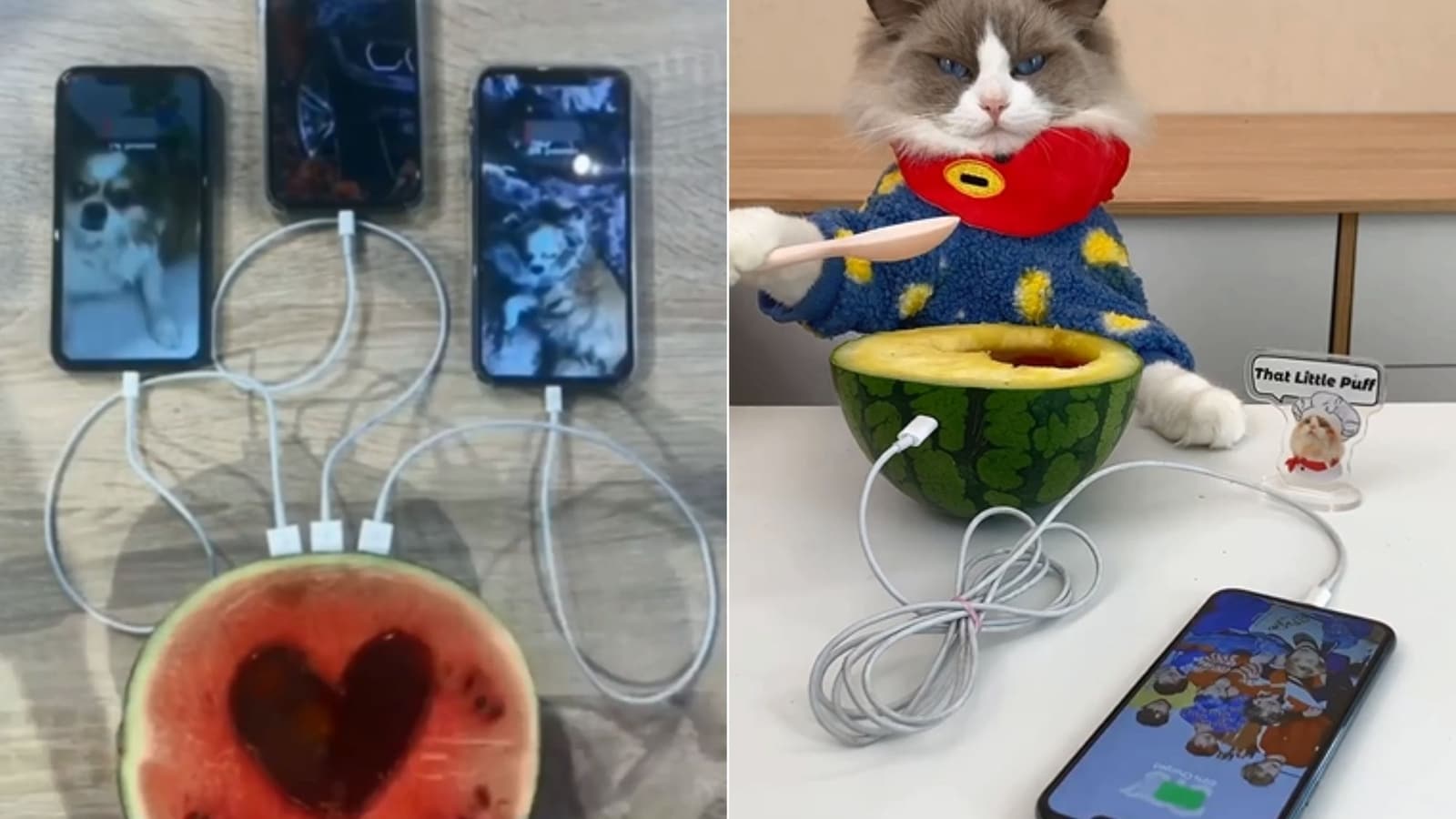 The video related to the watermelon phone charger hack was posted on the Instagram page of a cat named Puff.

The Internet is filled with various kinds of hacks which are apparently aimed at making people’s lives better. There are also those videos that show people – or in this case a cat – recreating the tricks to determine their authenticity. This video shows the cat trying out the watermelon phone charger hack. There is a chance that the absolutely outlandish and fake trick will leave you laughing out loud.

The video is posted on the Instagram page called That Little Puff. This page is filled with videos of a cat in a chef hat named Puff ‘trying’ out various recipes or reviewing different hacks. “Puff is going to expose all the internet lies,” reads the caption posted along with the video of the cat.

The video opens to show an individual pouring Coca Cola inside a heart-shaped carving in a watermelon. Chargers are also seen attached to the fruit with their other ends connected to different phones. The individual after pouring the beverage is seen putting Mentos in the liquid. And what happens next will either make you laugh or roll your eyes – because the phones start charging. The clip then shows the cute catto trying the hack and getting the ‘same’ result but of course, with a little help from a wireless charger tapped below the table.

The video, besides showing the watermelon-related instance, also shows the furry creature ‘trying’ out other hacks. While some of them work, others turn out to be as fake as the charging hack.

The video has been shared about four hours ago. Since being posted, the clip has accumulated more than 55,000 likes and counting. The share has also prompted people to post various comments.

“Puff I can’t get enough of the sound of your laugh – the charger under the table,” wrote an Instagram user. “I like the shaking hands of the puff while piercing the balloon so hilarious,” shared another. “Go Puff,” posted a third. Many also showcased their reactions with laughing out loud emoticons.

Saisha Shinde says leading designer cheated on her, got her banned from work: ‘He had a boyfriend in each metro city’