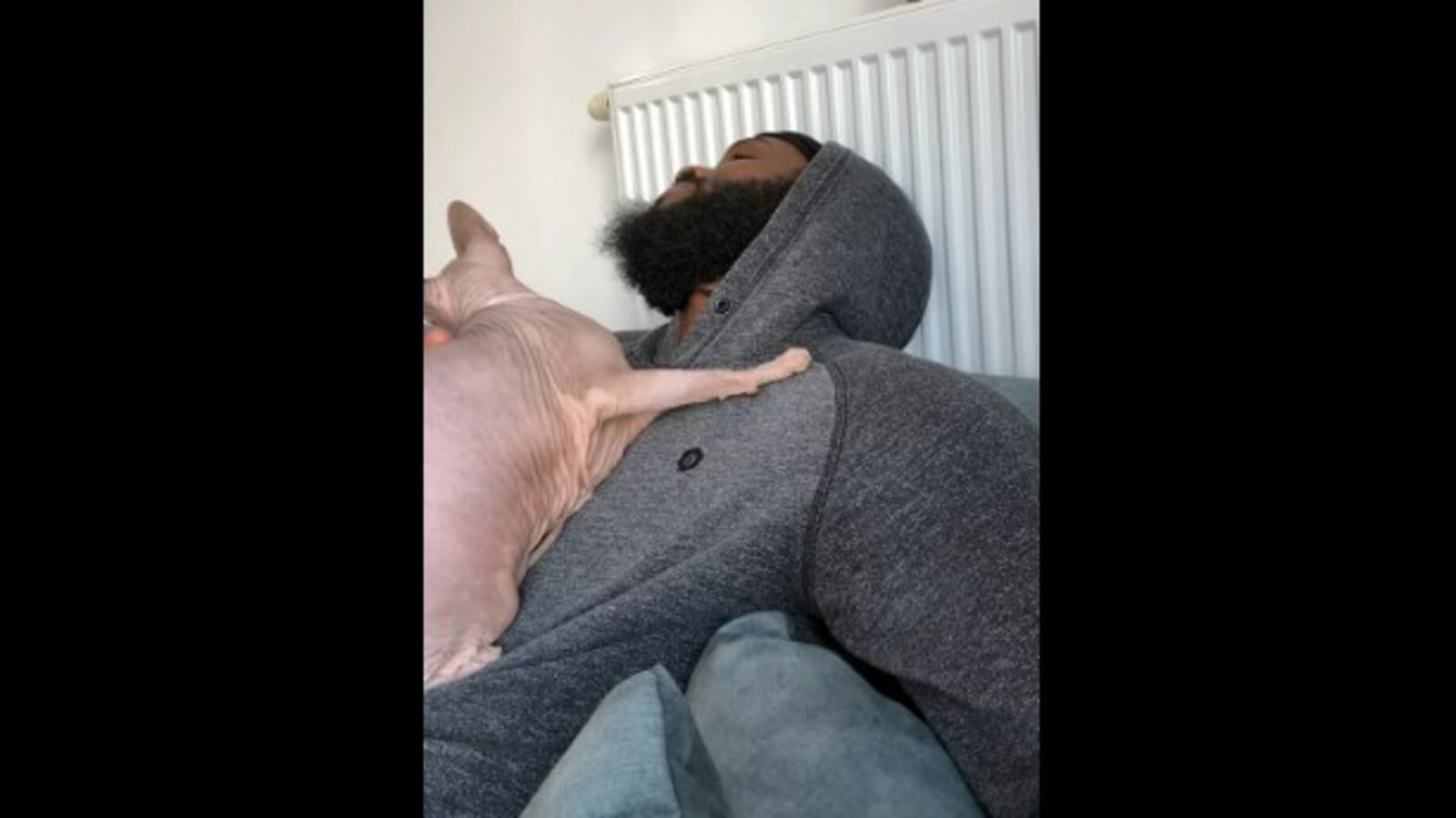 The video of the cat snuggling up with its human was posted on Reddit.

Cats are known to get what they want and that too in super cute ways. This video posted on Reddit shows one such incident. The clip shows how a cat snuggled up to his human in an extremely adorable way. However, the reason why the feline does this is not just to get some cuddles and love but also because he has something else in mind.

The video opens to show the man and his cat in the frame. The man is seen sitting back and relaxing, as he lets his cat climb on top of him and get his daily quota of cuddles. Soon enough, viewers get to see that the cat is in the mood to get some scratches, not from the man but from his beard.

“He always jumps on me to do this. Think he likes my beard,” reads the caption of this funny pet video. It was accompanied by the emoji of a bearded man. The video ends with the man and his cat enjoying each other’s company.

Since being posted on the subreddit r/aww around two days ago, this video has garnered more than 37,000 upvotes. It has also accumulated several comments from cat lovers.

“He’s jealous that you have hair and he doesn’t,” joked a Redditor, referencing the fact that the cat in the video is in fact a hairless cat. “He’s scent marking you, claiming you as his human, and yeah, he probably likes the beard,” pointed out another. “My Sphynx does the same thing! Such a daddy’s boy,” commented a third.

What are your thoughts on this adorable cat video?

Kitten gets trapped in rainstorm, gets rescued by human whose doggo loves her